It is located on the south slope of the Fabrica hill east of the Ancient Conservatory and the Roman Agora, facing the city and the harbour. It was built in the northeast part of the ancient city and at least in the Roman period, it appears to have been located near the north gate of the city.

Its construction dates back to the Hellenistic period and is almost coincident with the founding of the city (ca. 300 BC). The central stands are carved out of natural rock while the sides are built on an artificial hill. Impressive is the fact that it has a semi-circular floor plan, which is extremely rare for the time when it was built, during which the horseshoe floor plan was still prevalent in such buildings (3rd century BC). The theatre has been used for performances over 6 centuries. During this time, archaeologists have identified at least 5 building phases, during which the building has undergone several modifications, restorations and additions.

The most important phase probably dates from the middle of the 2nd century BC, during the reign of Emperors Antoninus Pius and Marcus Aurelius. This is considered a peak period for the monument. It was then that the stands and the stage were extended. Its capacity is estimated to exceed 8,500 spectators and the theatre itself was 90 meters in diameter. The stage building has an impressive marble façade with rich architectural decoration, which included colonnades and busts. At the same time, murals were added here and there.

A century later, in the 3rd century, the theatre was used more for spectacles and less for performances. The events left the stage and were transported to the orchestra area, and then a wall was created that separated the stands from the orchestra. It is thought to have ceased to be used in the final Roman period when it was destroyed by the devastating earthquakes of the 4th century. AD. After the disaster, its architectural members were used to rebuild other buildings, including the Chrysopolitissa Basilica. Also on its ruins during the medieval period, laboratories and craft buildings were established.

It is also worth noting that remnants of Roman Paphos have been found around the theatre: a Nymphaeum or public fountain to the southeast, while a cobblestone road about 8.40 meters wide has been discovered to the south. The latter appears to have served as the main access road to the theatre and the nymphaeum, while excavators claim it served as the main arterial road of the ancient city, leading to the city’s still undeveloped NE gate. 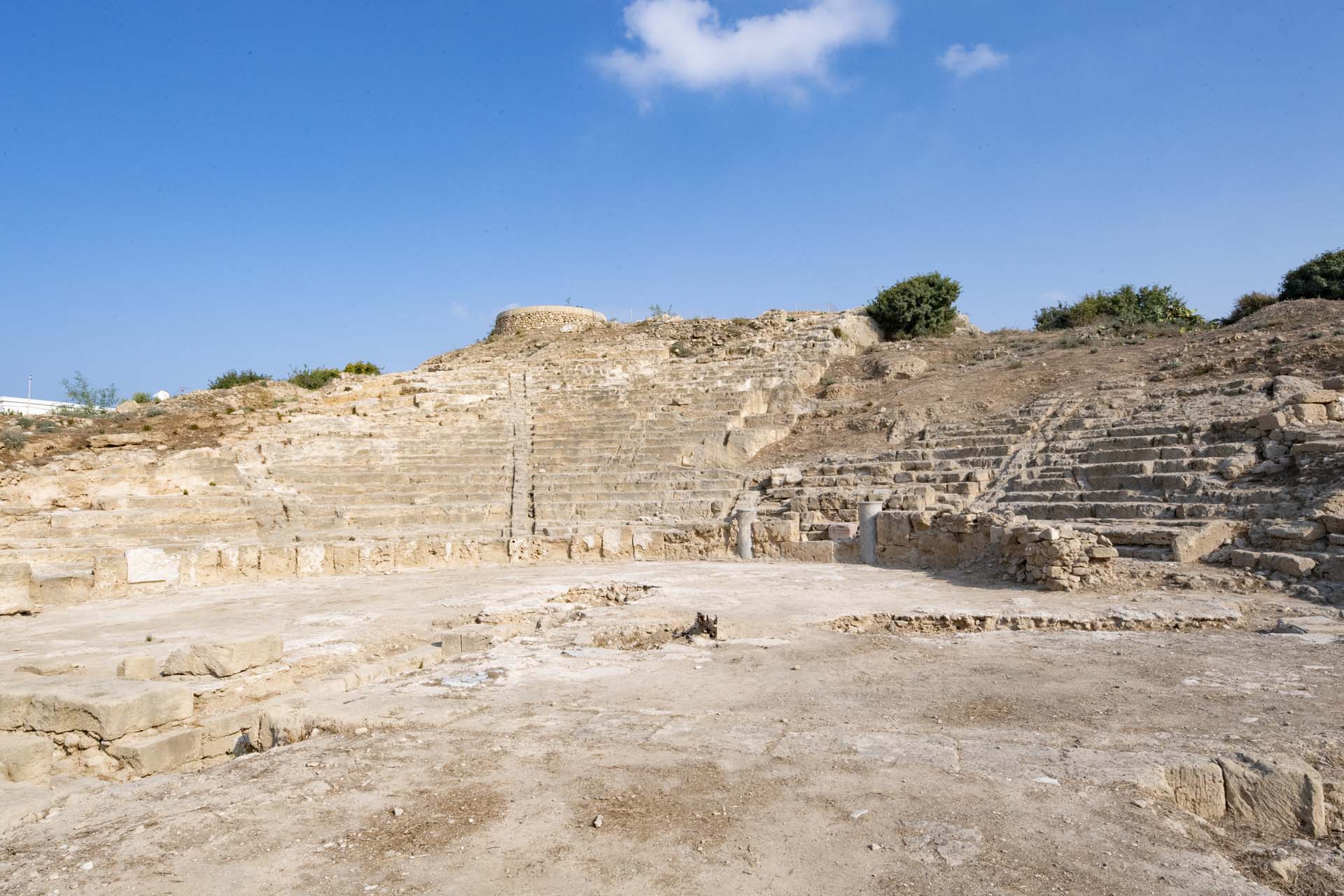 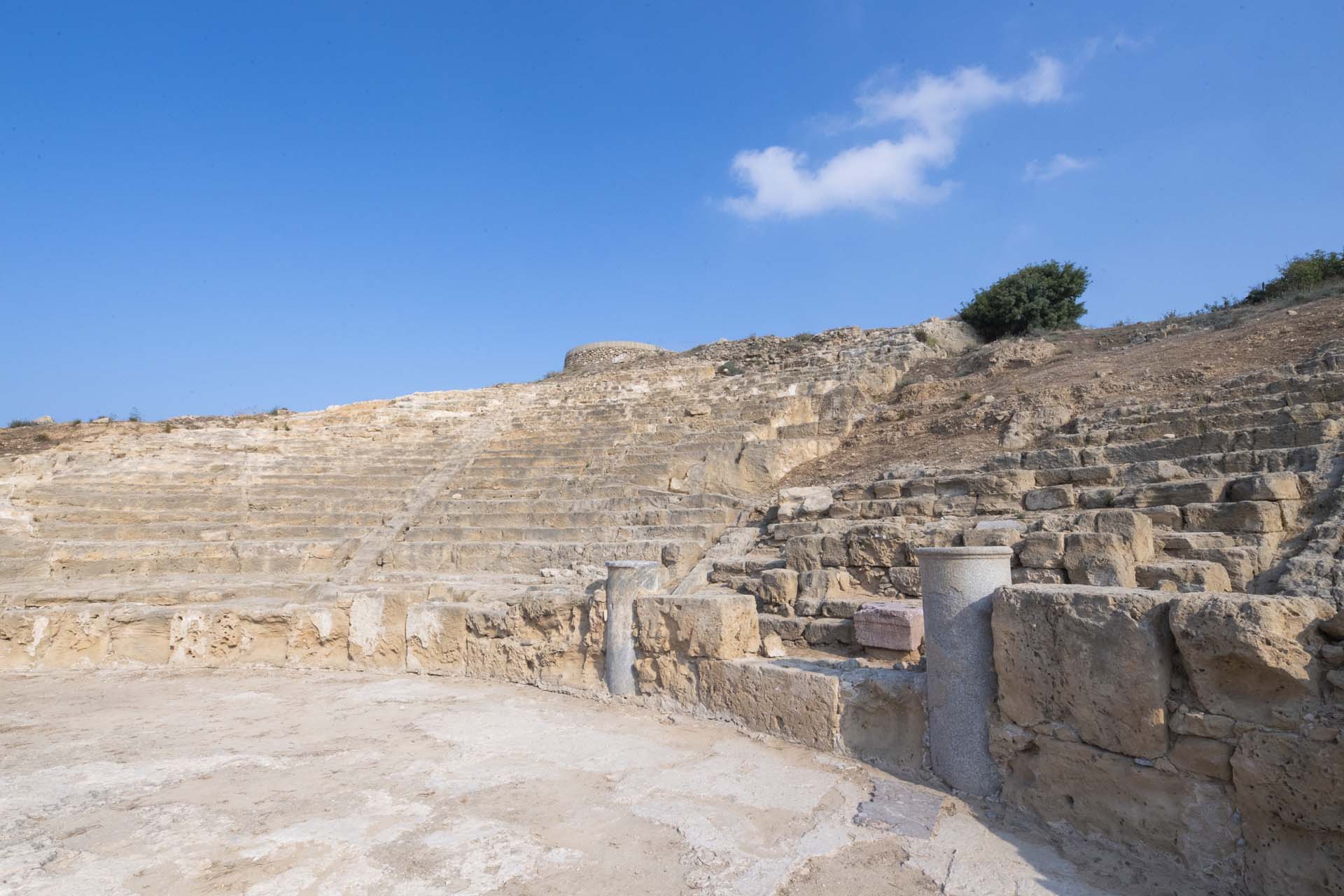 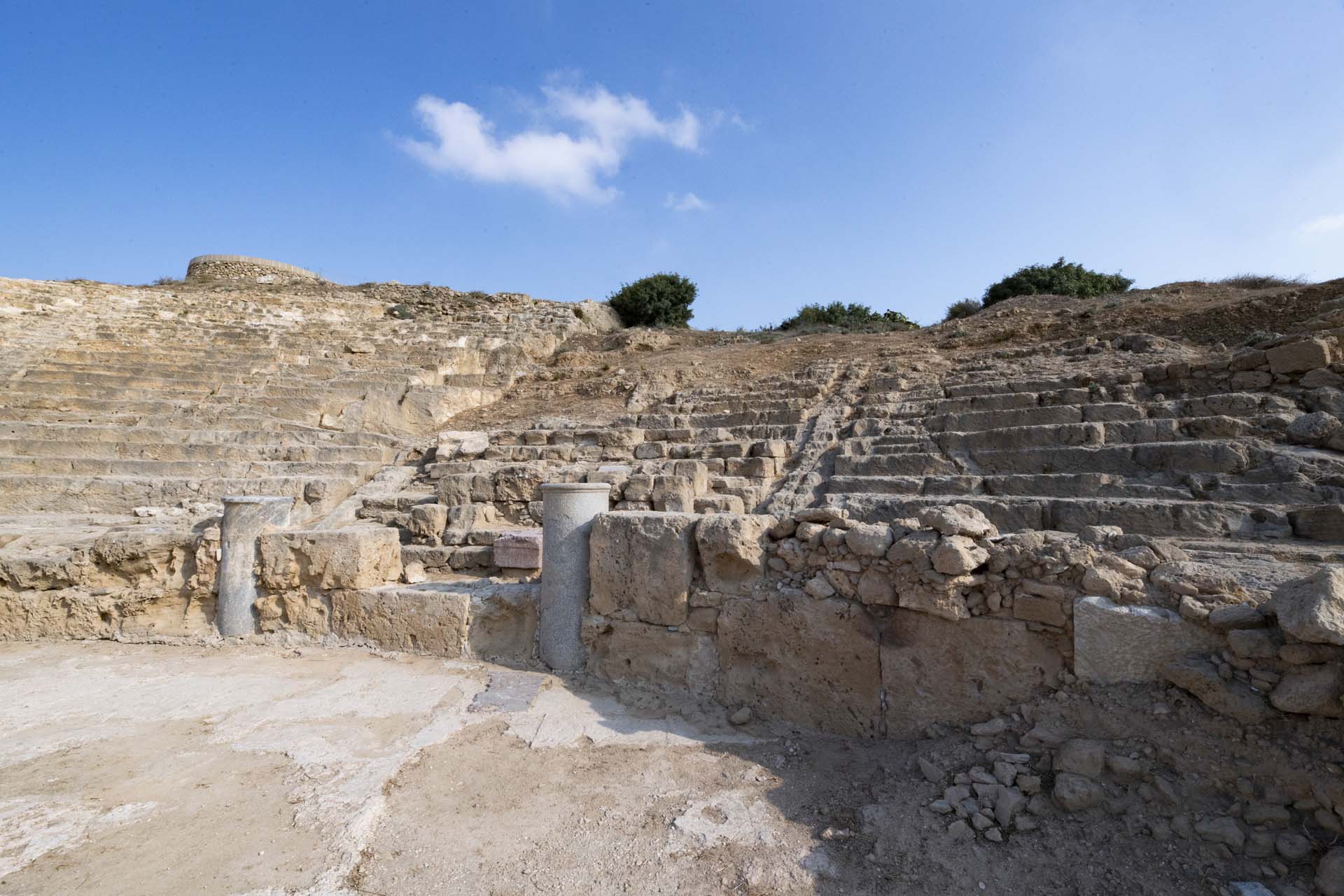