Opposite the Public Garden and Town Hall, among the impressive neoclassical buildings on Griva Digeni Avenue, you will find one of the most historic schools in Paphos. It was founded in 1888 by Telemachos Kallonas and from 1924 it served as a six-grade Gymnasium under the name ‘Paphos 1st Gymnasium’. In 1977 the name was changed to ‘1st High School of Archbishop Makarios III’, but it has functioned as a Lyceum since 1983, keeping its name until today.

The School is of historic importance for its contribution to the Cyprus Games. There were many heroes – students who consciously left the classroom to take part in national struggles. One of the most well-known heroic figures was Evagoras Pallikarides, who was hanged in 1957 for his revolutionary action as a member of the EOKA revolution. Inside the school, the classroom he was studying in, is dedicated to the young hero, featuring poems, as well as a farewell letter to his classmates when he left school in December 1955.

Apart from Pallikaridis, the school honoured all of its fallen pupils who were sacrificed for the independence of Cyprus and its liberation from British colonialism in 1955-59 with a marble statue of the struggling student. He stands prominently in the school’s courtyard and depicts a daring student with his bag hanging over his shoulder, attacking a wild lion with a stone. 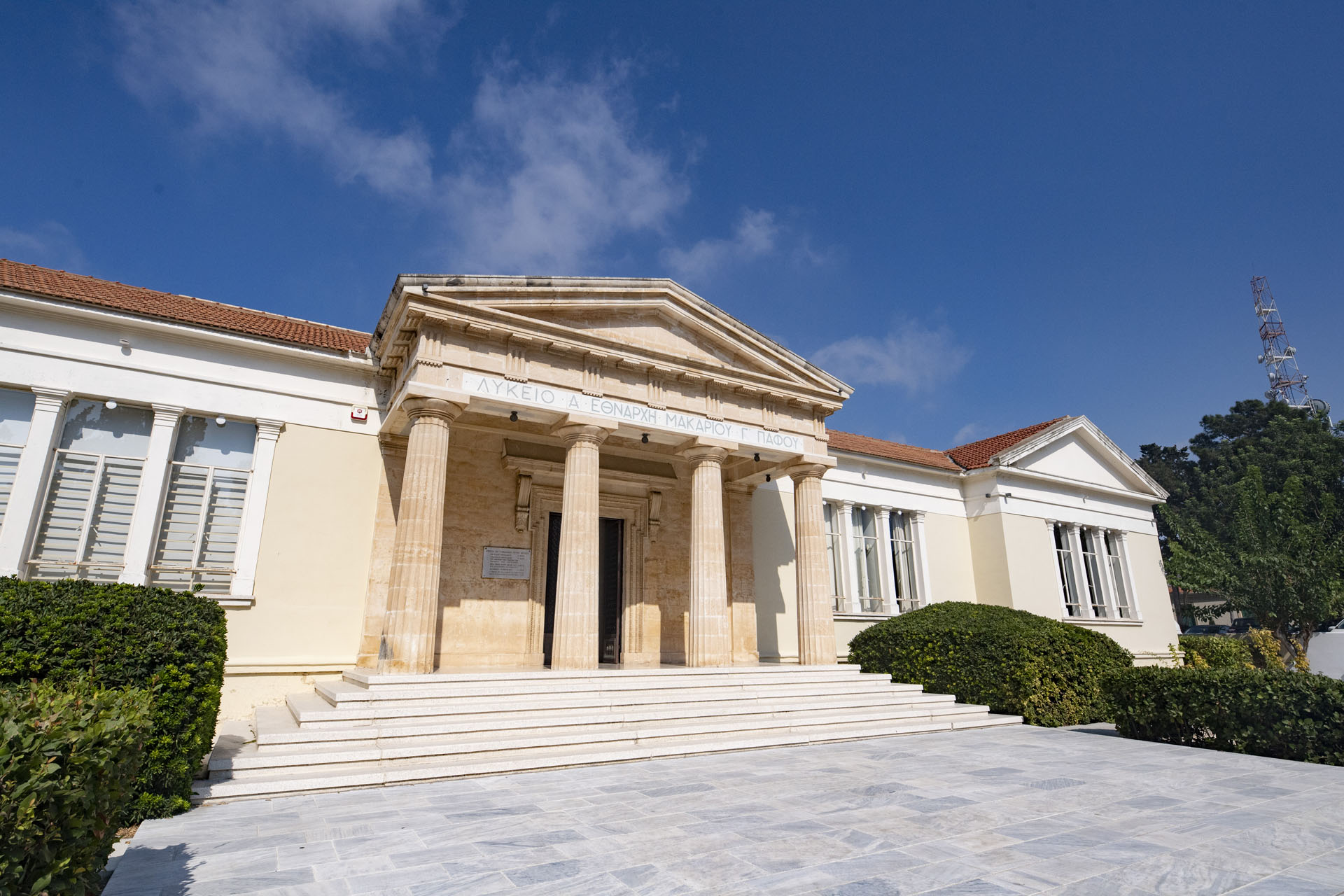