The Metropolitan church is located in a central part of Paphos, in the Mousallas area near Erotas Square and Ivy Maliotou Grove. It is dedicated to Agios Theodoros o Stratilatis (St. Theodore the commander) and celebrates twice a year, on February 8 and June 8.

Here, official ceremonies are performed, such as co-liturgy with foreign or local priests, the reception of other churches and doctrines for various anniversaries.

Its position, as well as that of the metropolitan mansion, was in Mouttalos, from where they were expelled by the Ottoman conquest and both buildings were then moved to the Mousallas area. The church we see today was built in 1896, on the ruins of the cathedral that was moved here in the 16th century. Its western part, with its main entrance and patio, is a later extension made in 1983 by the Supreme Patriarch of Paphos, Mr. Chrysostomos, thanks to which the church was frescoed, a decade later, in 1994.

Externally, the church’s façade is sombre without giving away the rich interior design, so the faithful or visitors entering the church for the first time are pleasantly surprised. The sturdy crossbows on the roof, the stained glass on the windows and the frescoes that cover all the wall surfaces along with the carved gold-plated iconostasis make for a very impressive result. The patio above the western part of the church offers a panoramic view of the interior of the church.

In the courtyard of the church there is a votive pillar, a work by Metropolitan Paphos Iacovos (1918) in honour of the fallen Paphiots who were sacrificed in the national struggle: to the slaughtered on July 9, 1821, and to those killed in the battles of 1912, 1913 and 1918. 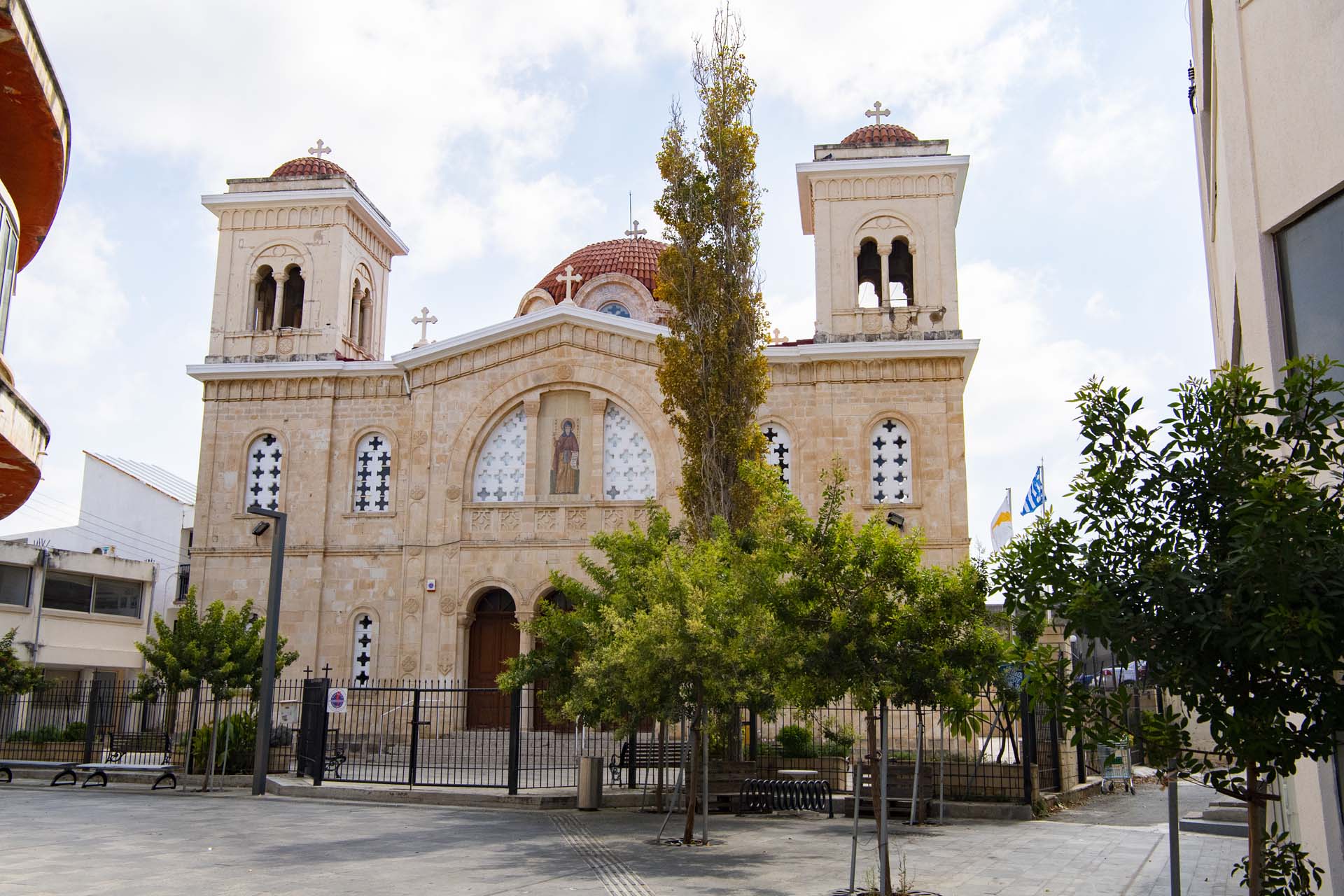 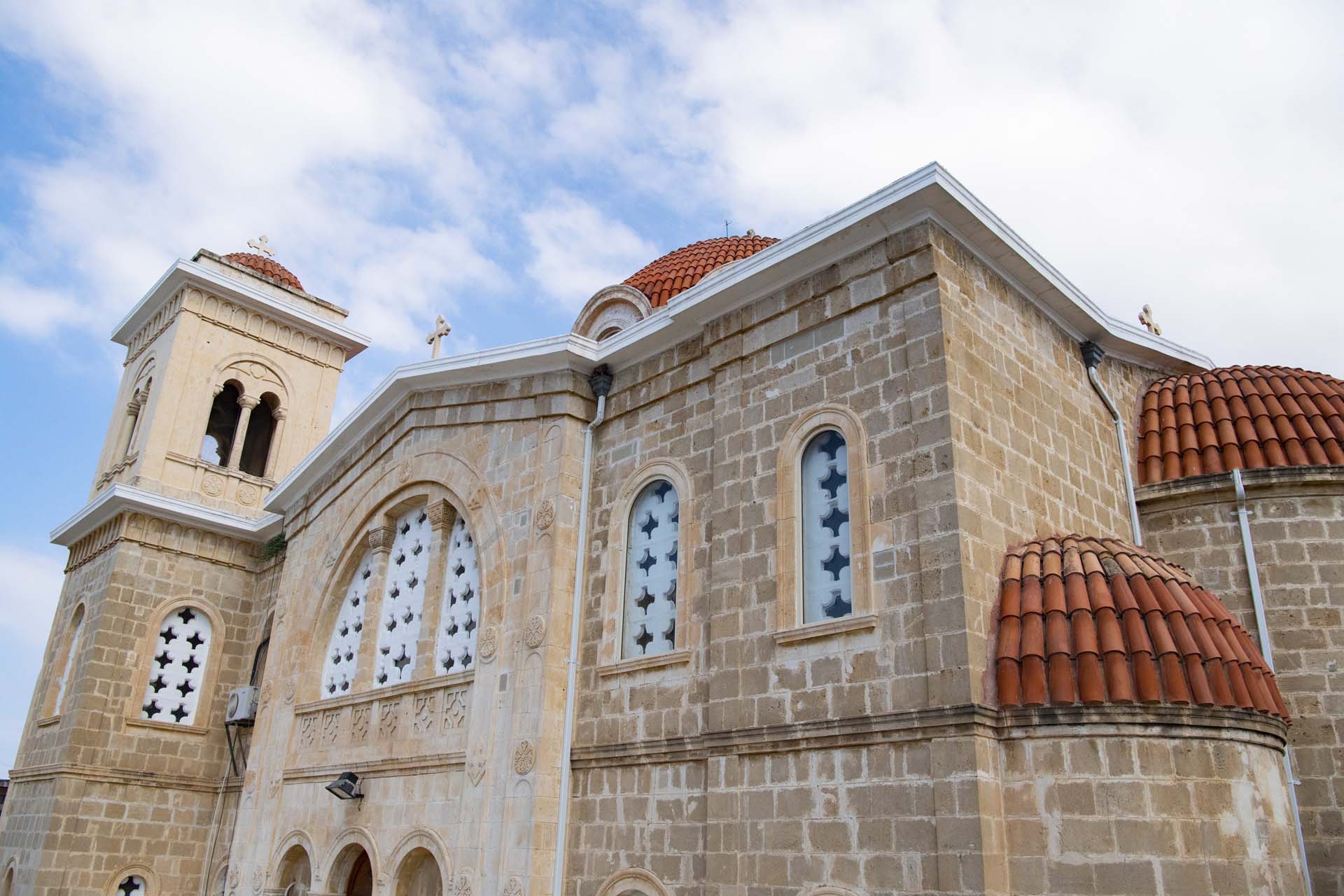