It is located to the east of Theseus House, with its entrance opposite. It has been interpreted as a Roman public building, which was probably erected in the mid-3rd century AD and appears to have been rebuilt in the 4th century. In its southeast corner there is a second modern building which used to be a residential complex.

The results of the excavations on the site indicate that the building had s with rich architectural decoration, while the interior has been painted, as evidenced by frescoes and mosaic floors. The entrance to the building was made of triclinium, a large 68 sq.m dining room in the south-western part of the house, which has been interpreted as a semi-public space, where celebrations were also organised. Inside there are niches on the walls, one of which has been restored to the west wall.

Most interesting, perhaps, is the impressive colourful mosaic flooring dating from the middle of the 4th. c. BC and is considered one of the best and most enigmatic works of art of this period. It contains 5 rectangular sections with polytheistic mythological scenes, which are summarised here: Leda and Zeus (holy marriage), God Dionysus as an infant on the knees of Hermes, the Dionysian troupe, the punishment of Marsias, the punishment and victory of Cassiope. In these scenes, the symbolism, the personification, the depiction of myths and allegorical images are strongly observed, sparking intense disagreement among scholars about the interpretation of the mosaic. According to the excavator, the iconographic elements strongly exemplify the values ​​of paganism, referring to a war against Christianity, while at the same time reflecting the rivalry that prevailed in the field of intellection between the pagan elite and the Christian elite. Another view that disputes the first, argues that the mosaic has been influenced by the rich Greek-Roman tradition of Cyprus, without displaying a manifesto against the new religion, at a time when it was still not widely spread in Cyprus. 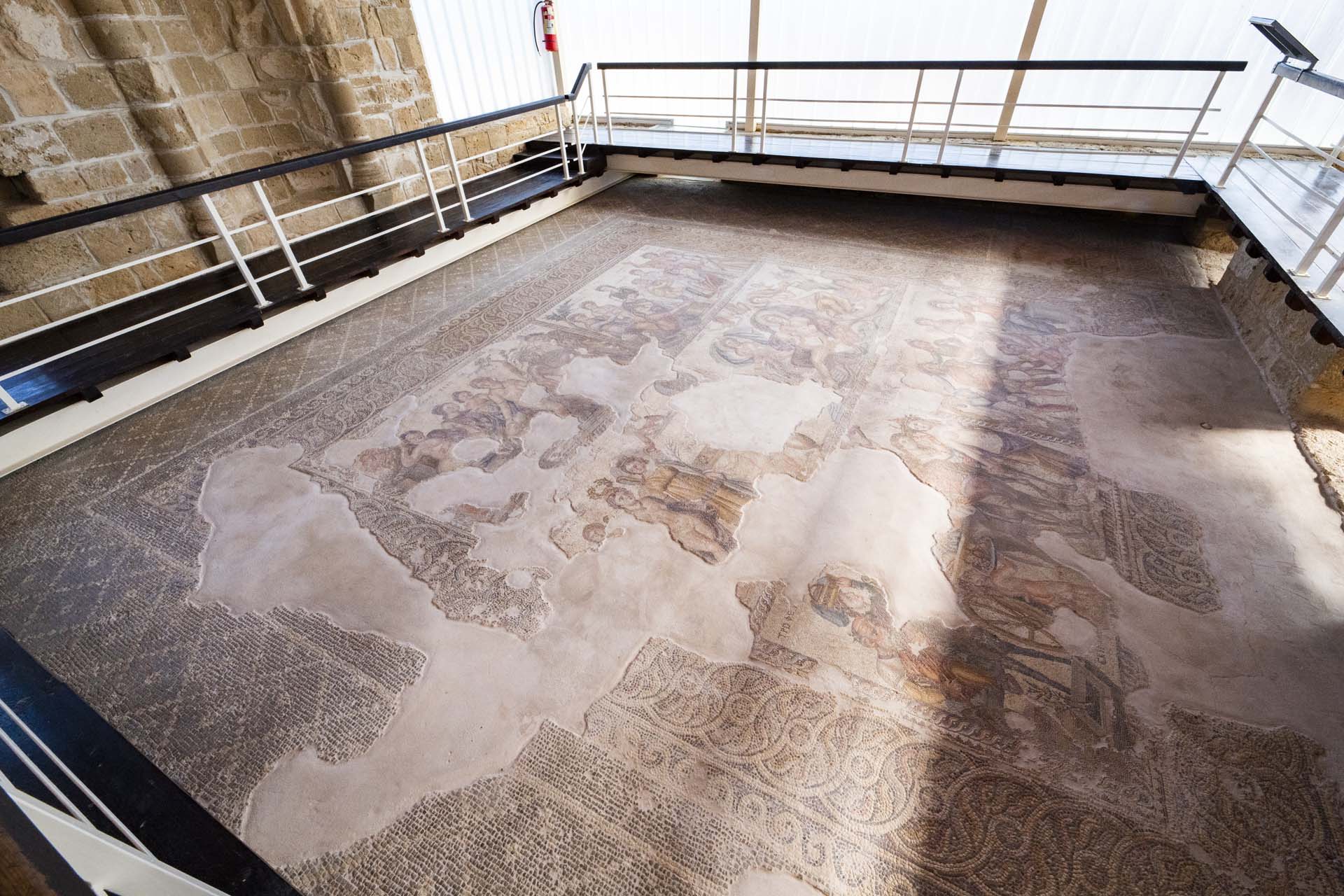 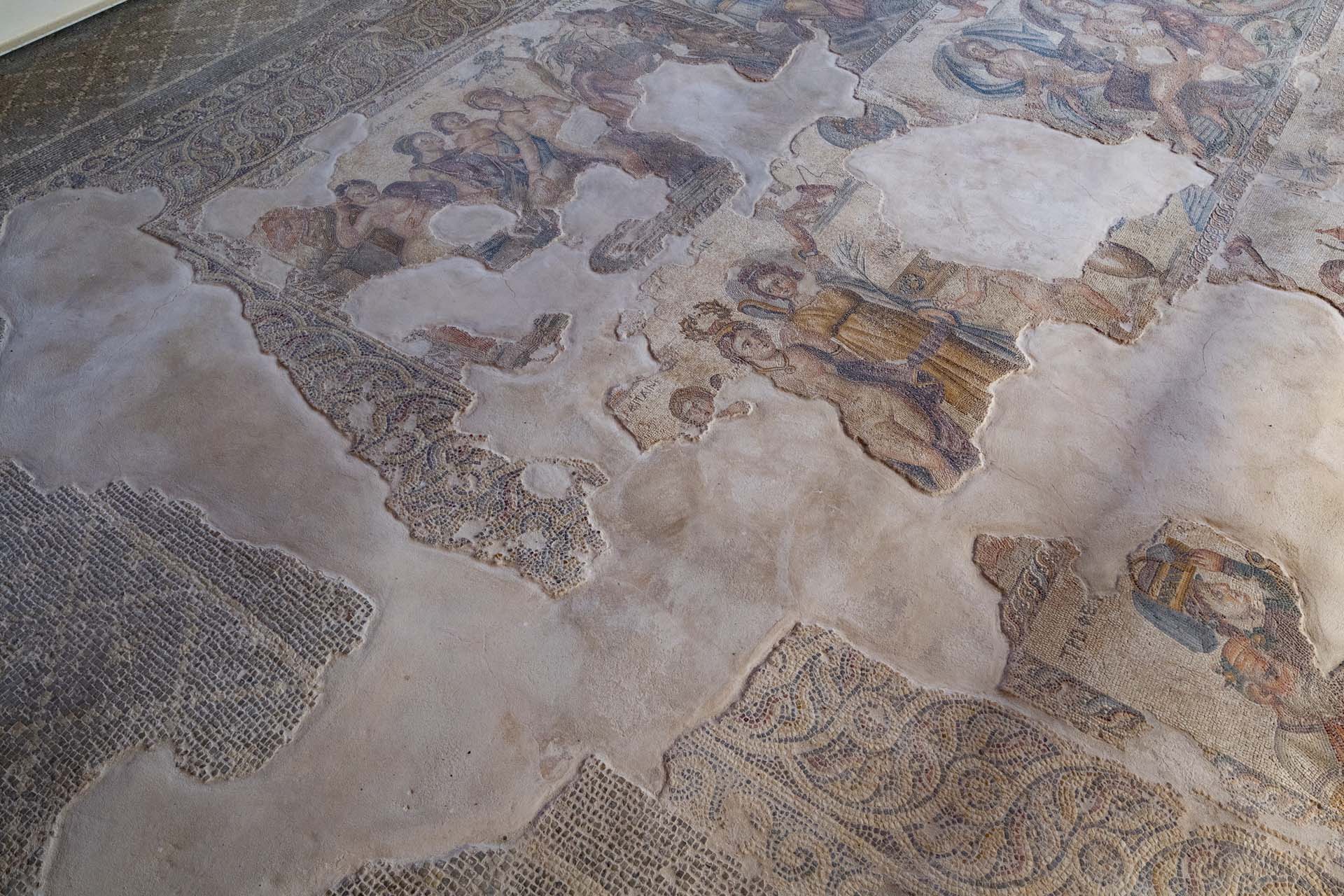 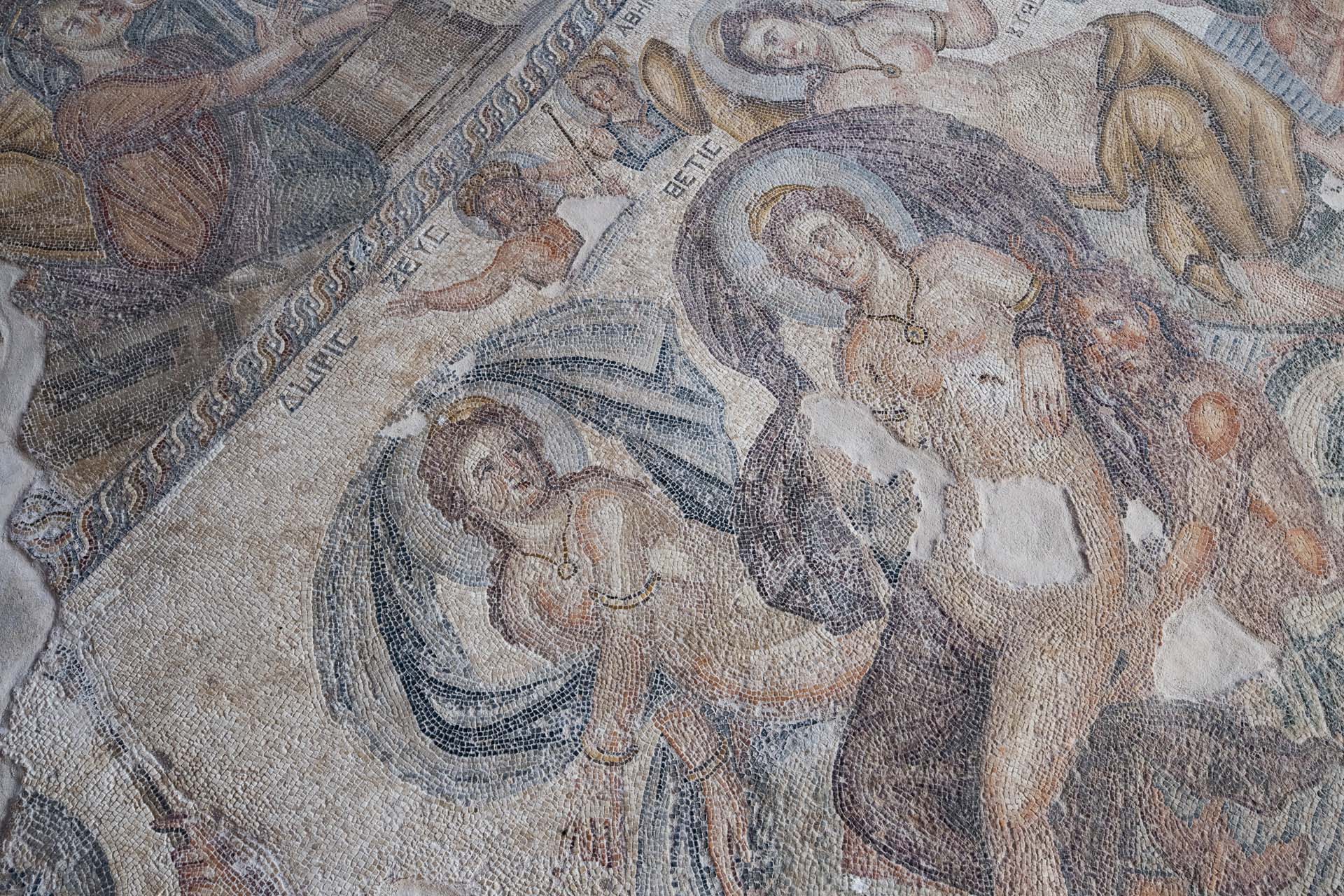 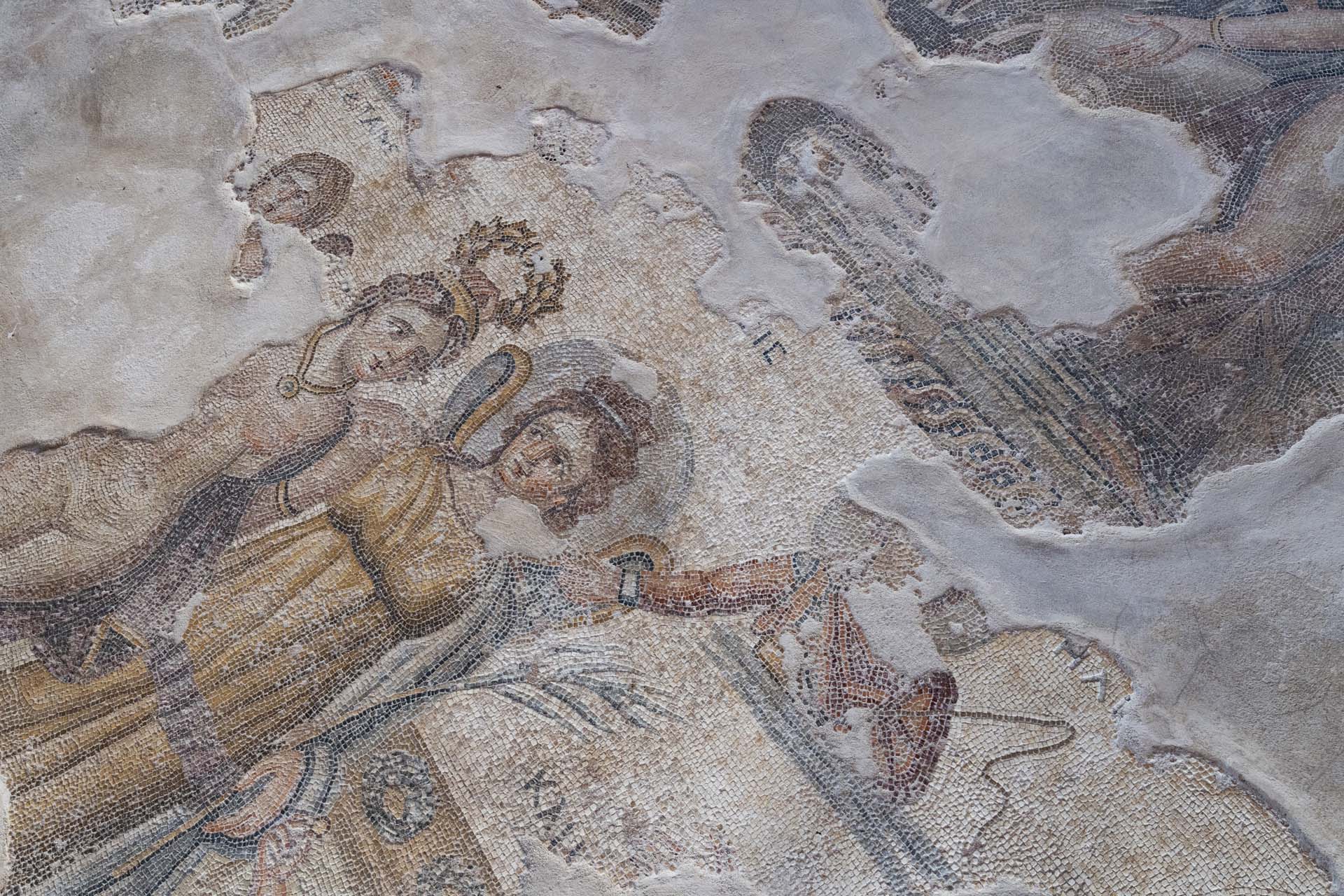 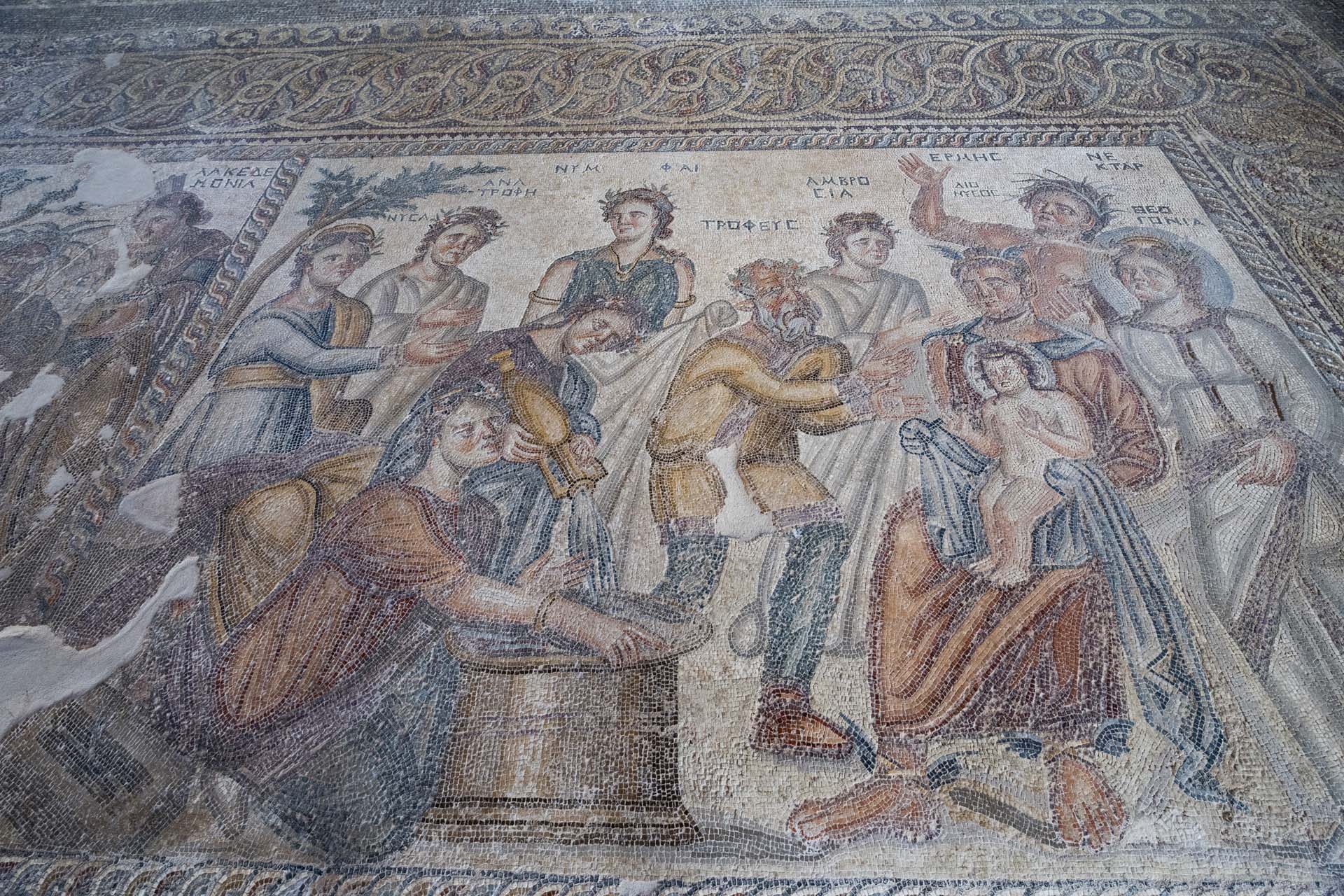