The ruins of the Roman house, best known for its mosaics, are to the north and a short distance from Theseus’ House. The huge building that seems to have exceeded 2000sqm was built at the end of the 2nd. AD, on the ruins of a Hellenistic building and destroyed by earthquakes of the early 4th century AD.

The rooms of the house were over 40, serving various uses as excavated data shows. They developed symmetrically around a central peristyle, an outdoor courtyard, the atrium, in the centre of which there was a reservoir for drainage. To the east there were bedrooms, toilets and baths with pebble floor, where a small peristyle patio was located, in the centre of which there was a fish tank. In the west wing a large rectangular hall constituted the main reception and dining room of the villa. This room is surrounded by smaller rooms on the lower level than the rooms on the east wing, with pressed earth floors and interpreted as dining rooms and workshops. The rooms of the south and north porch of the atrium were mainly public areas.

The house was a luxurious frescoed building, of which only fragments and state-of-the-art mosaics are preserved.

The most impressive mosaic floors are in the area of ​​the central peristyle, and to the west of it, in the tablinum. In the first space, the mosaics in the corridors around the peristyle are kept in excellent condition and feature hunting scenes, except for the western corridor, where mythological scenes unfold in four rectangular spaces. In fact, some of them have the names of the illustrated forms. To the west, an impressive mosaic has been preserved in the tablinium, with the western part destroyed. At its centre is a rectangular naturalistic scene decorated with squares. To the north and south of this scene, the space is covered by a repeating pattern with shields. Along the eastern narrow side of the hall there is a scene with the triumph of Dionysus in a geometric patterned frame. Dionysus, seated on a chariot between two temples, is surrounded by satyrs, nymphs and musicians. The forms preserved outside the frame have been identified with Dioscurus Castor and Polydeuk. From where this mosaic and the house took its name.

Archaeological research has shown that in addition to the above, the building depicted many more mosaics, but which have been found in fragments.

Excavations at the site also brought to light numerous movable finds, including a treasure hidden in an amphora of the late Hellenistic period. Originating from the earliest phase of the building, it contains 2,484 silver Ptolemaic tetradrachms and is the largest treasure discovered in excavations in Cyprus. The coins date from 204 to 88 BC. 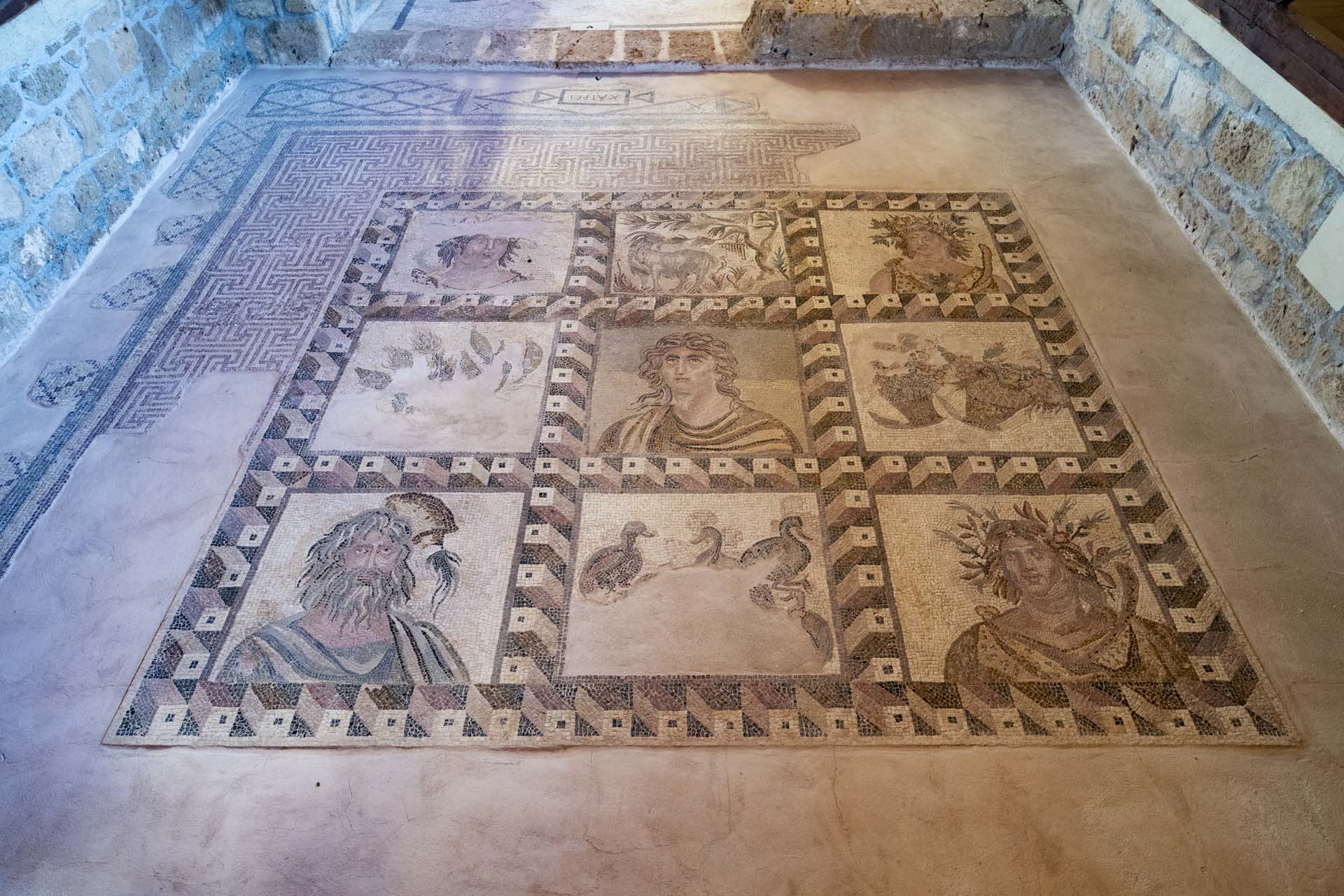 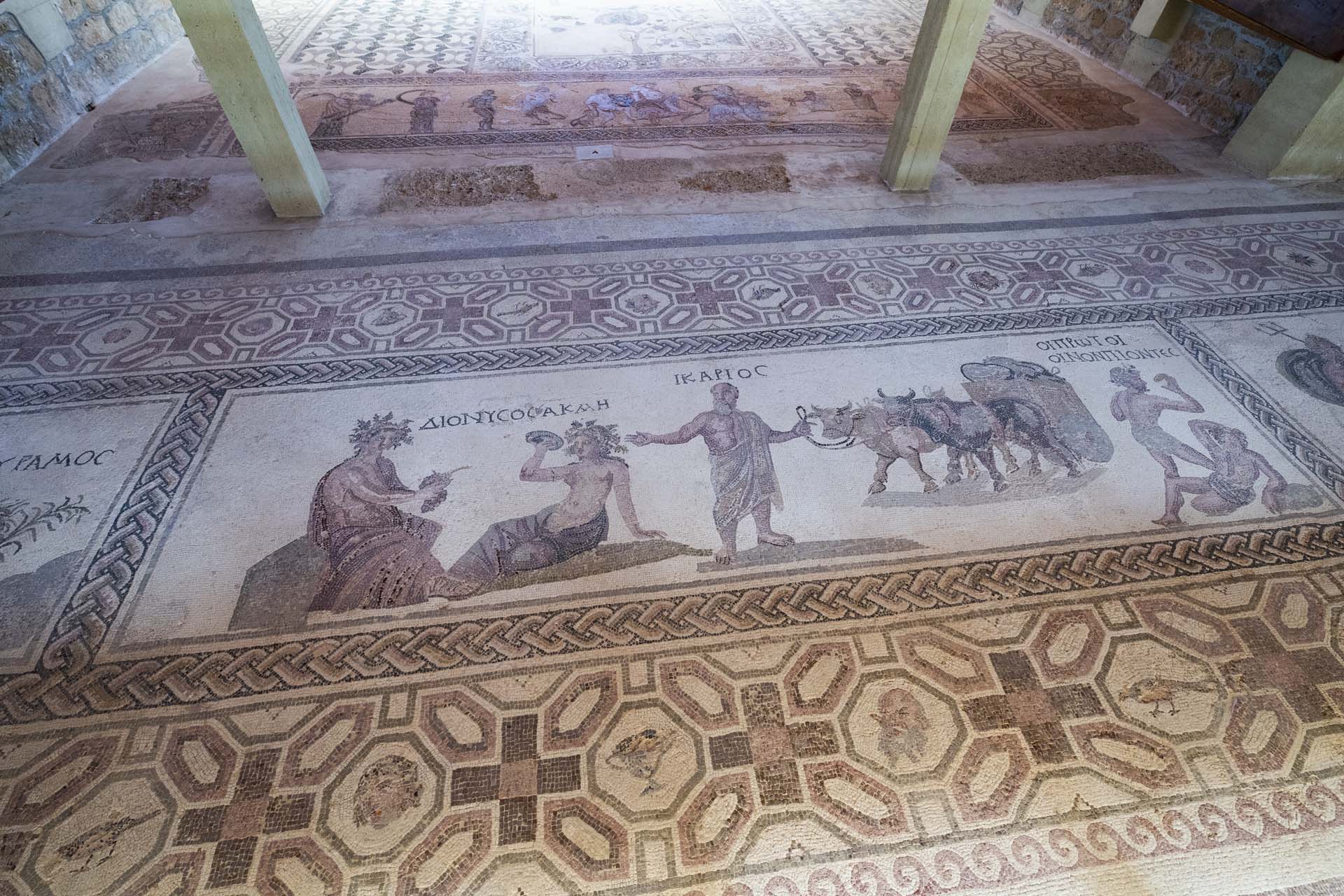