It is located east of Theseus’ house and dates to the Late Roman period, late 2nd early 3rd AD century. The house is large in extent and covers an area of ​​about 32 x 42 meters. To the east and north, it borders two major public roads, while to the west, its boundaries remain indistinct. At the south end, additions have changed the original design of the building.

The building belongs to the architectural type of the house with central peristyle (Atrium), which part of is still preserved today. The rooms to the west of the smaller atrium have been interpreted as bedrooms, while to the northeast, two heated rooms have been interpreted as baths. Here, among other things, large watercourses and pipes were found, through which the used water flowed into the central sewer of the city and from there reached the sea.

The house is richly decorated with impressive mosaics, of which the three best preserved are listed below.

West of the baths, in the NW corner of the building, is the triclinium (dining area), with a trilateral entrance, separated by rectangular pillars. Here is the largest surviving mosaic of the house, measuring 7 x 6.5 meters. It consists of a colourful pattern with repeating shields, taking up most of the floor. The motif is interrupted by two mythological scenes in rectangular, rather asymmetric, spaces. One opposite the main entrance to the east, it was visible to visitors entering the room and represents Hercules’ first feat, the battle with the Nemea lion (1.60 x 0.69m). Just a short distance and perpendicular to the first there is another tent with the Amazon in front of a horse (1.40mx 1.11m). The latter is believed to have served as a central pseudo-emblem and was visible to the companions sitting on the peripheral walls.

Further south, one can find the most famous mosaic floor of the house, the mosaic of Orpheus, from which the building took its name and is the largest single-storey illustrated scene in the whole of Cyprus. The mosaic of 4.25 x 5.10 m highlights the mythological tradition according to which Orpheus, in harmony with his music, captivated wild beasts. It is then depicted, in the centre of the upper part of the stage, sitting on a rock playing a lyre and singing. Around him, wild animals looking at him, listen to him with enchanted looks. Above the head of Orpheus, the inscription that is present is probably dated and is the only one of its kind dating to the Roman period.

In the southwest corner of the building it is worth mentioning the monochrome geometric mosaic, which is partially preserved. So far it is unique in the world because it is entirely made of monochrome grey mosaics and the pattern is perceived by the mosaic layout. 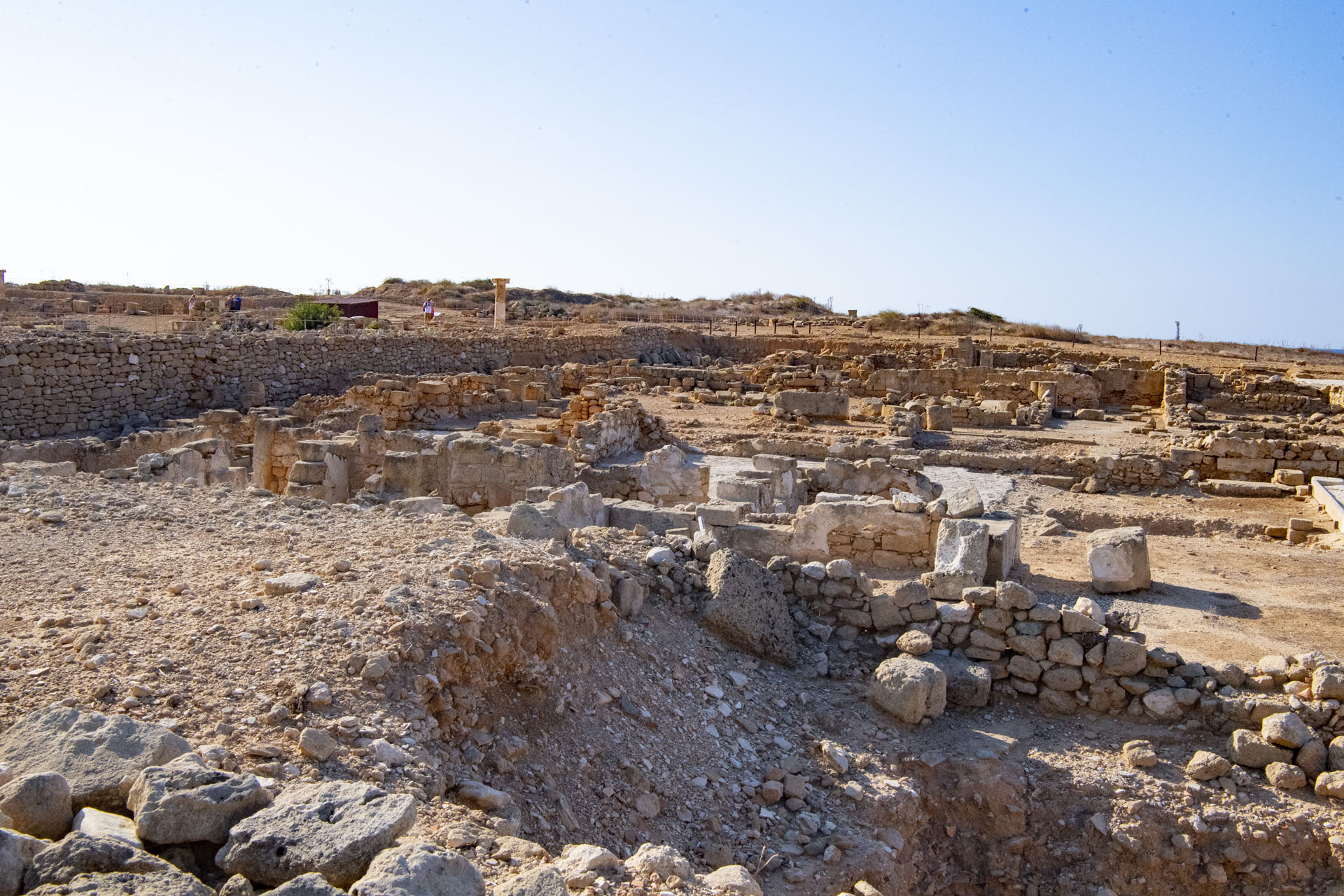 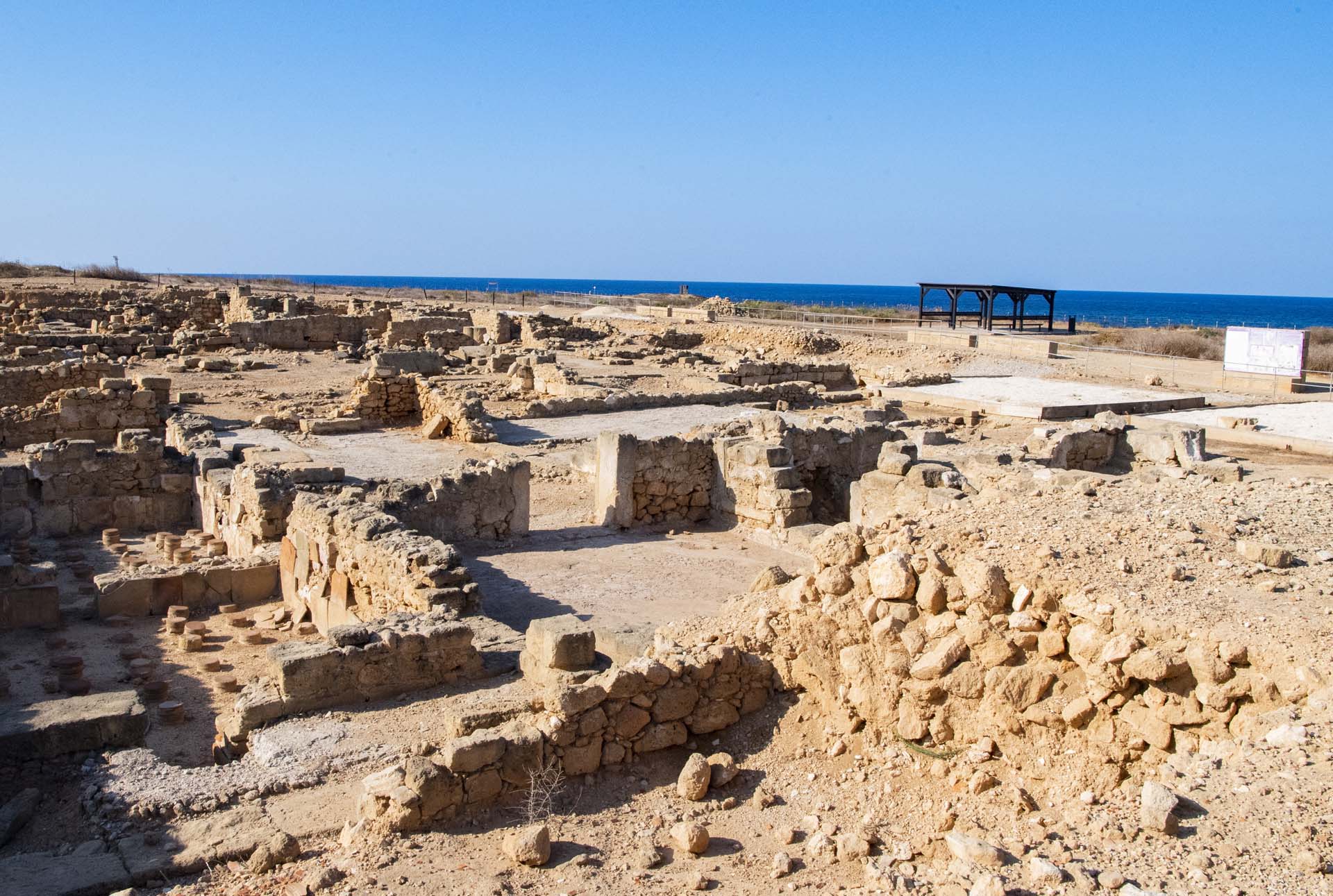 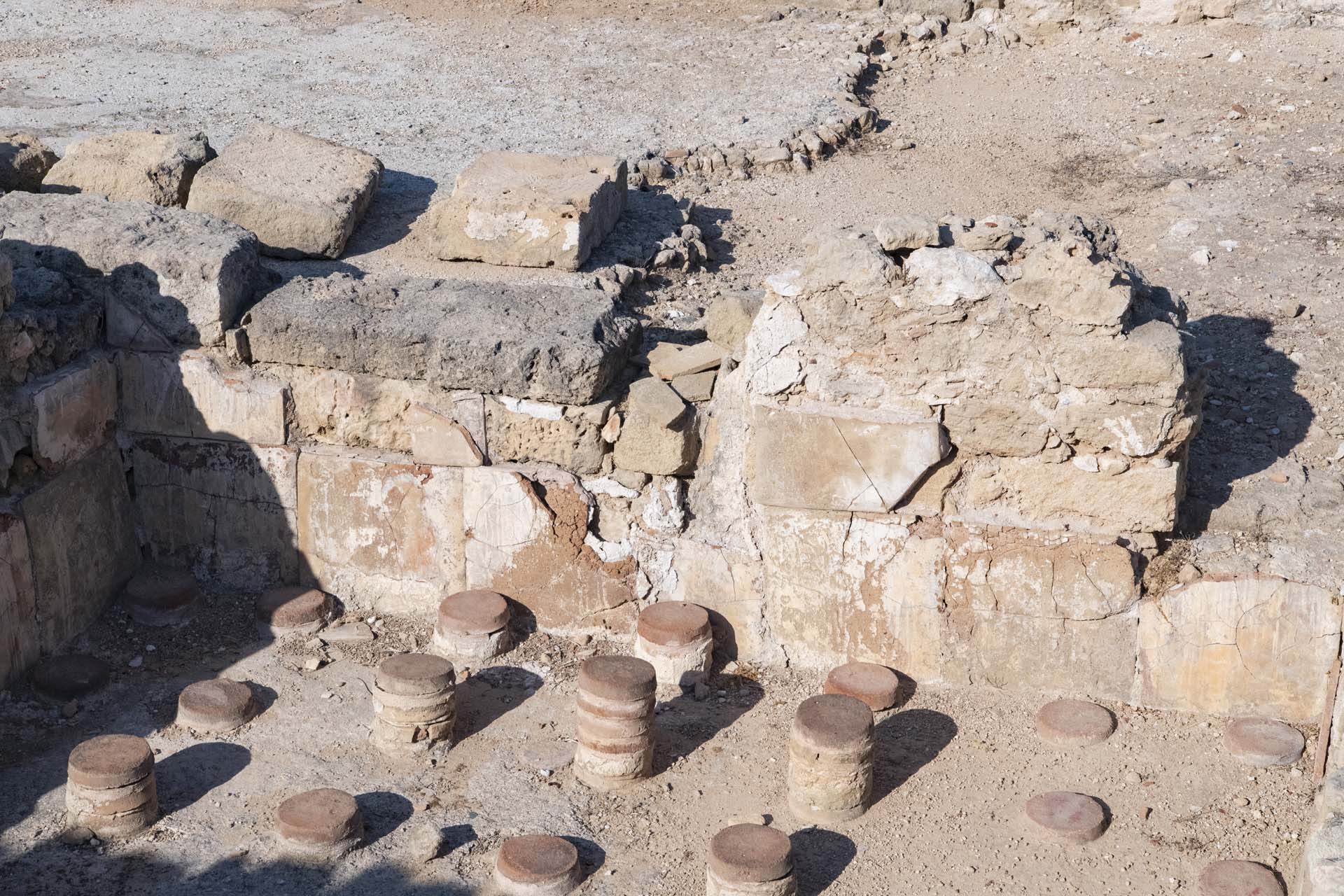 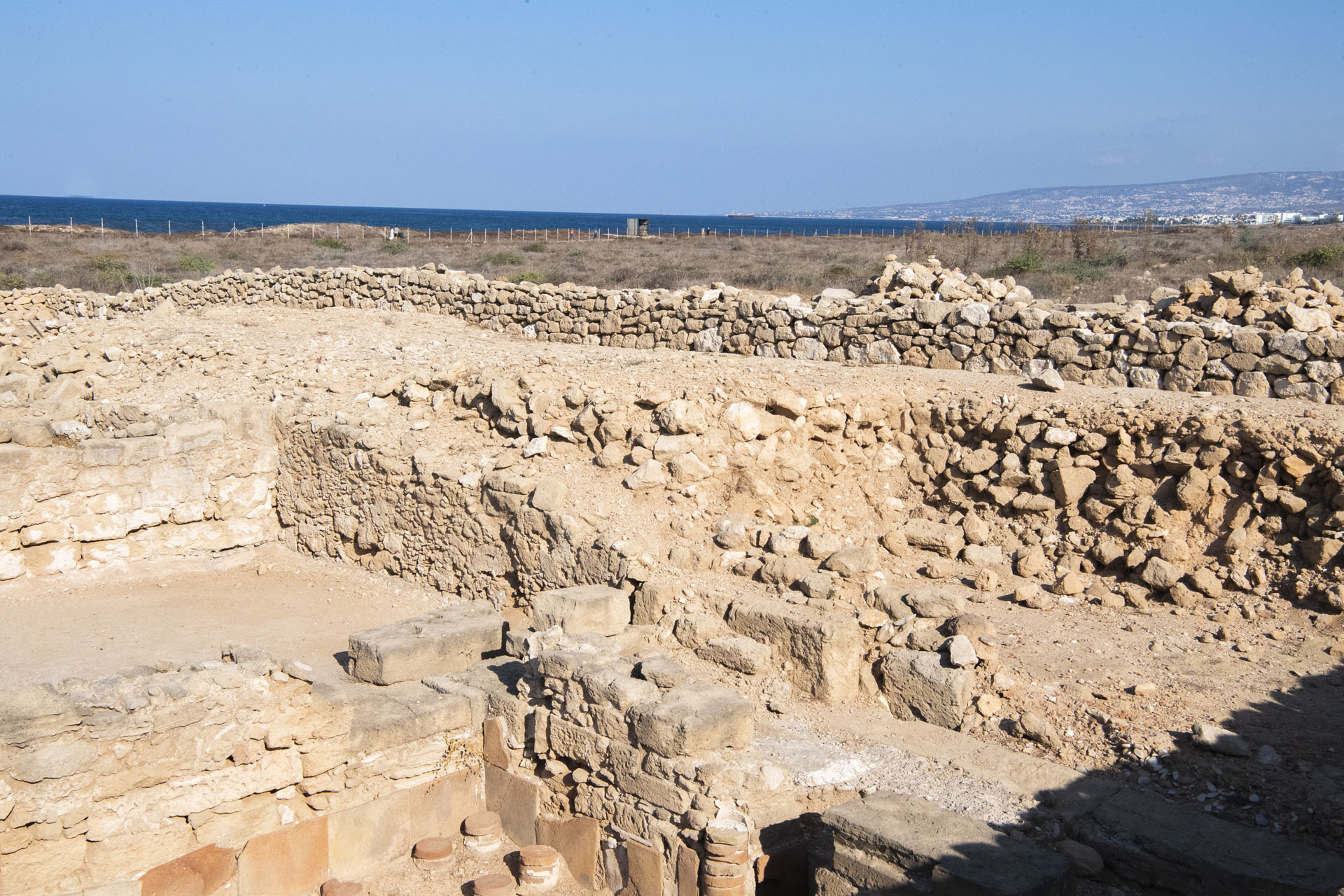 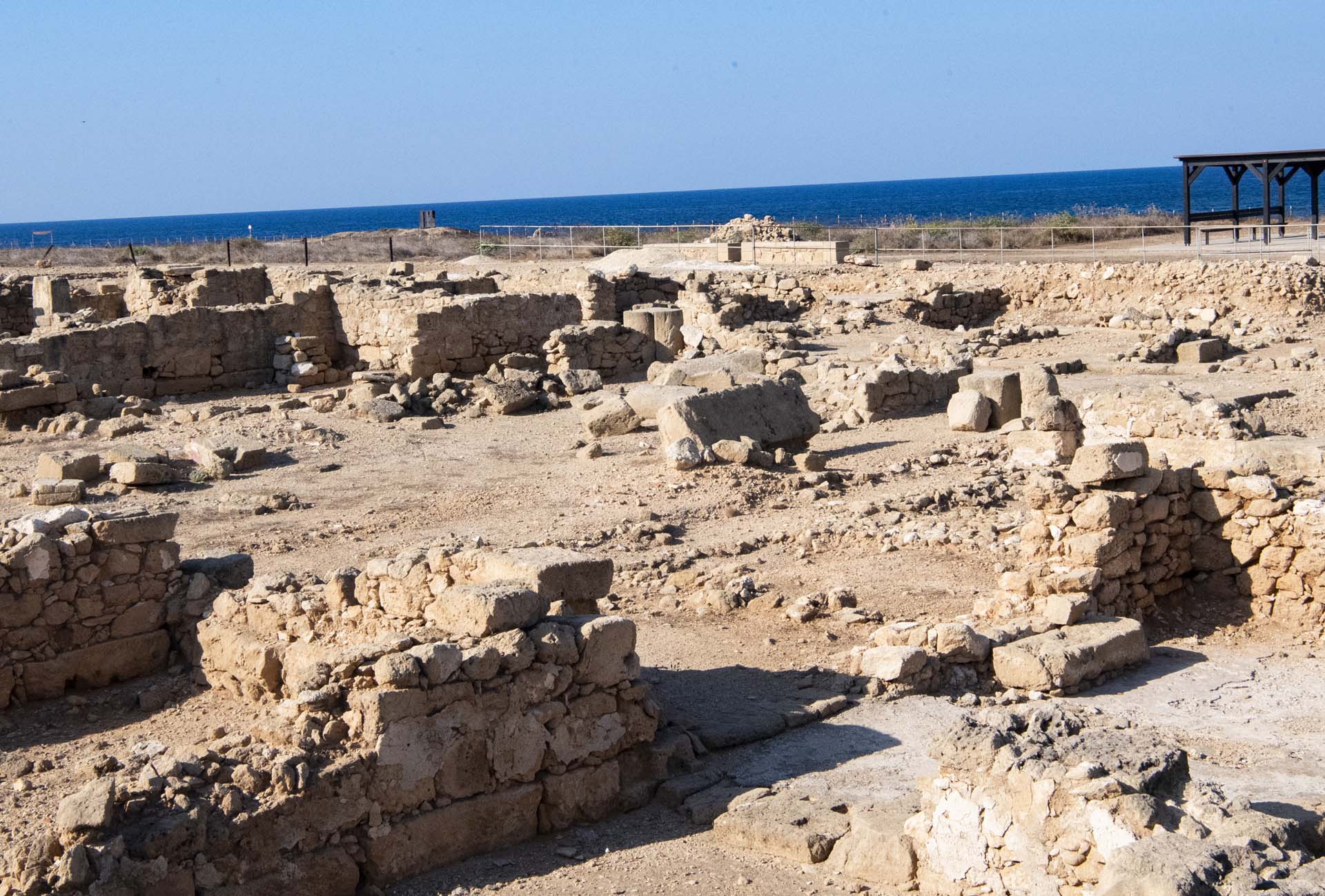 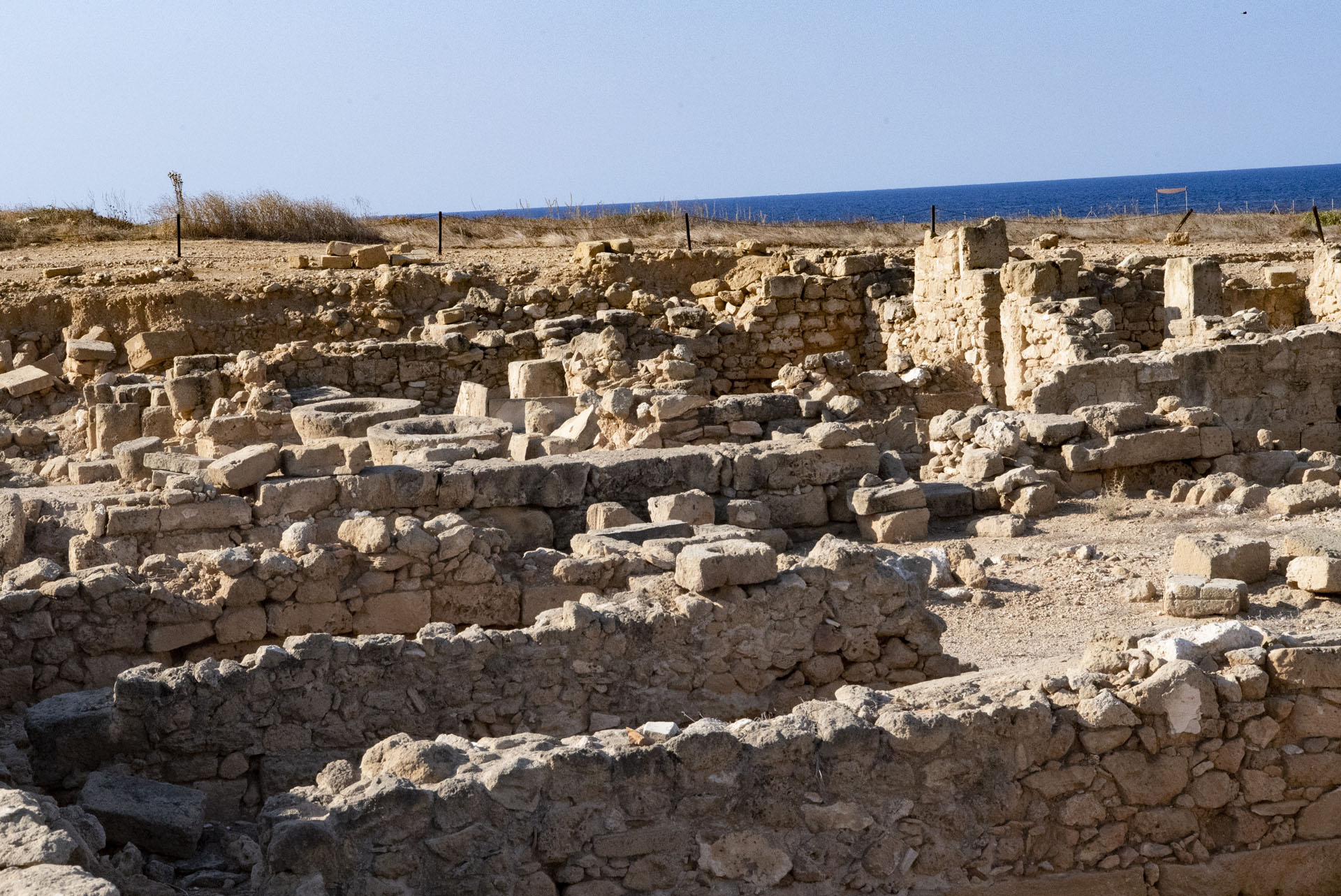