Located southwest of the 28th of October square past two beautifully restored pedestrian streets. Its two names are due to the two remarkable monuments located here: The first is built in honour of famous poet Kostis Palamas and includes a marble bust of him, designed by sculptor Michael Tombro, located in the centre of the square. At its entrance, a trilateral monumental gate with four pillars and four golden tripods has also been erected, carrying two squares written by Palamas’ famous poem “Cyprus”, dedicated to the island.
Opposite the bust of Kostis Palamas there is the second monument of the square: ‘Sleeping Eros’. It is one of the most beautiful items of culture one can see, crossing the historic centre of Paphos. The sculpture is a copy of a small Roman statuette of the 1st century BC, which was located at Theseus’ House and is now on display at the Cyprus Museum. 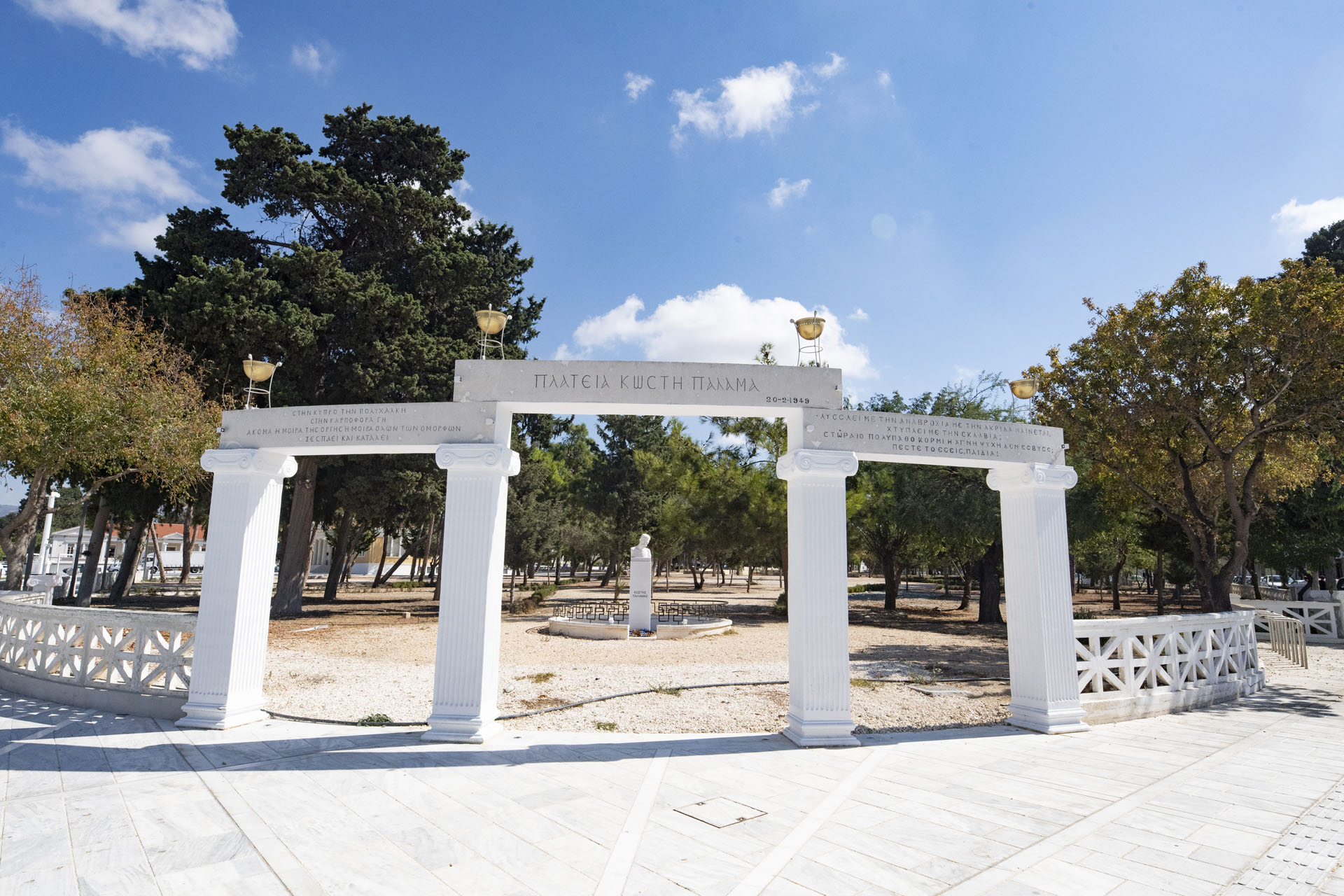 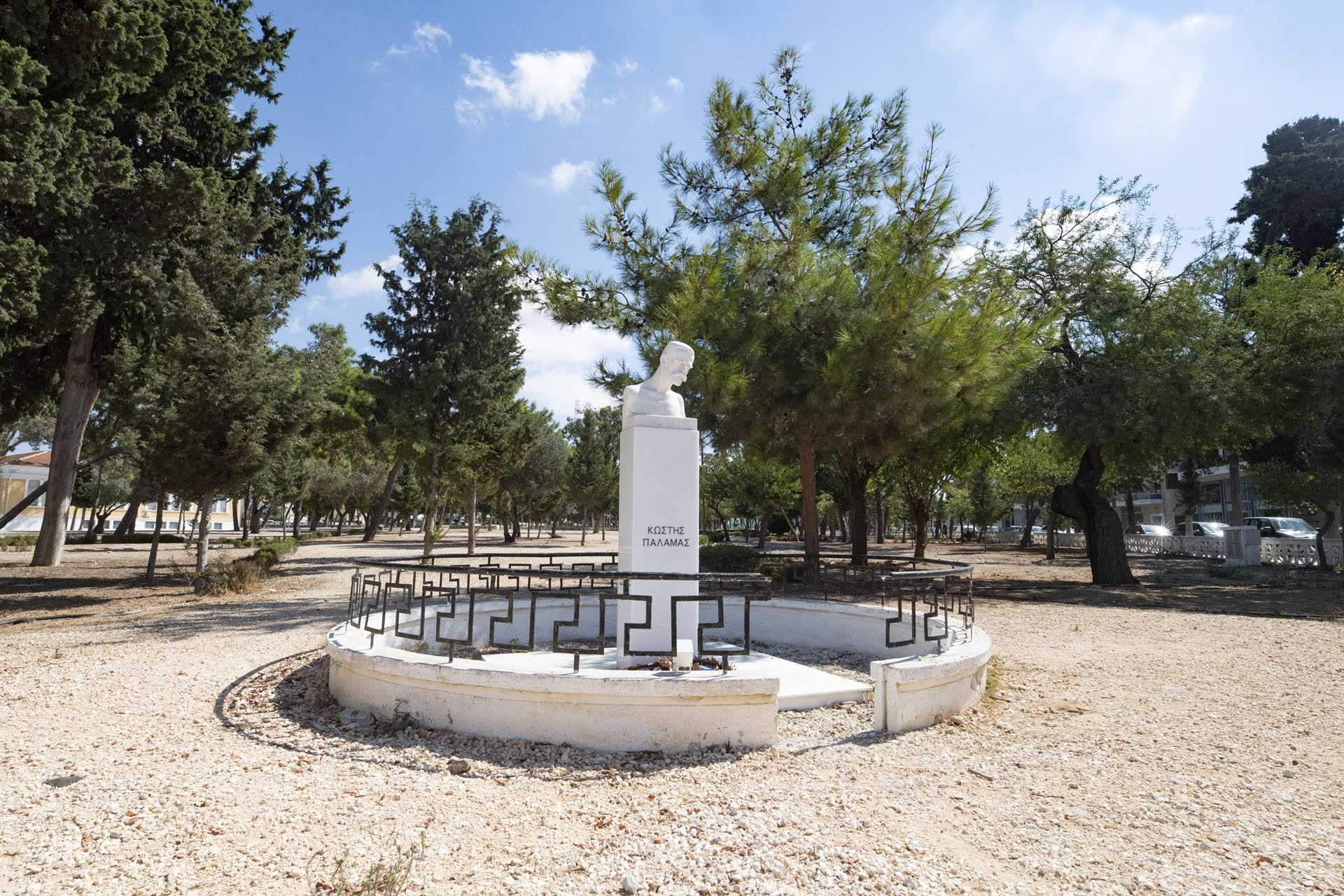 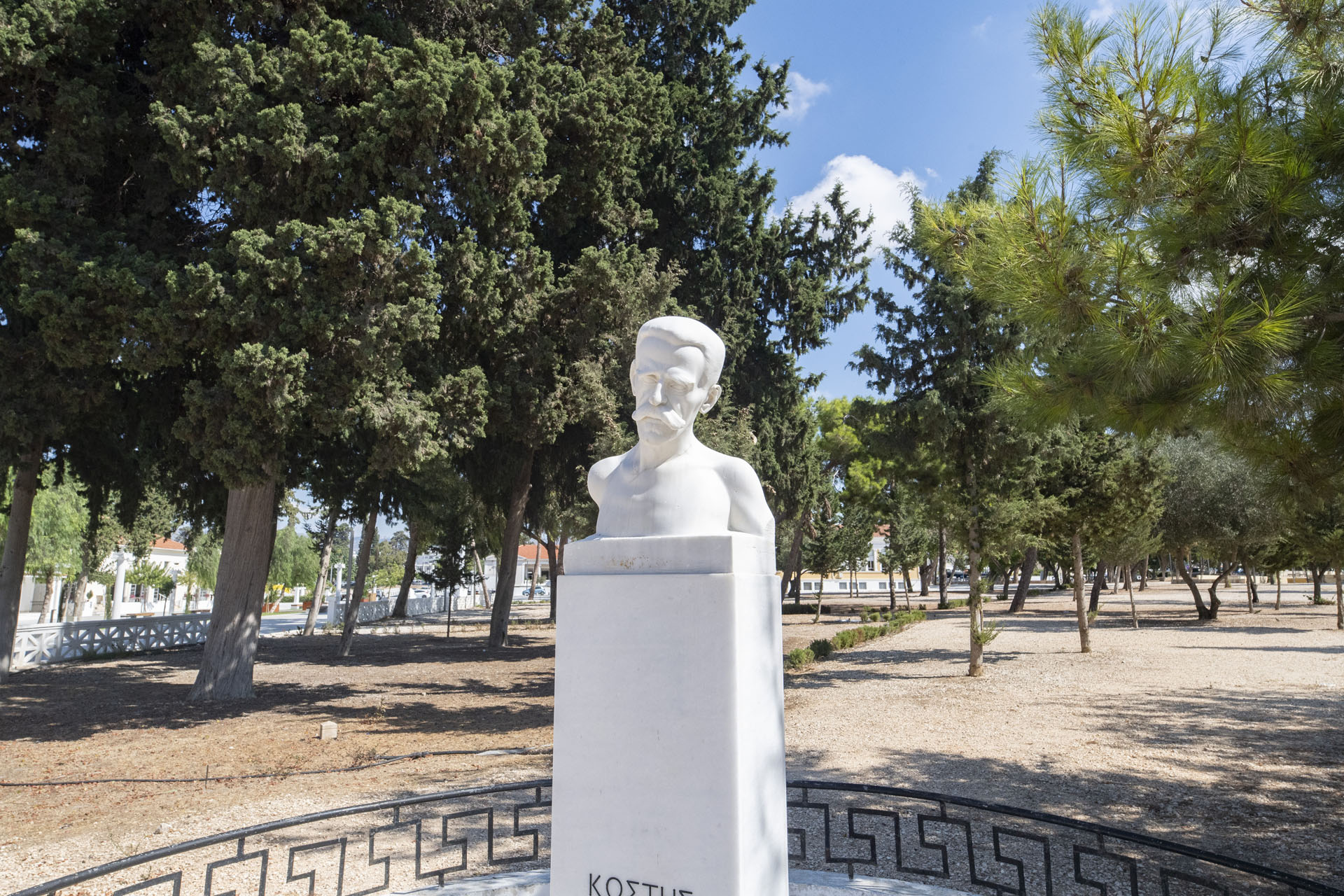