Also known as Engleistra (lit. Enclosure), it is located 15 km west of Paphos in Tala village and is one of the most popular religious monuments in Cyprus. The monastery was founded by Saint Neophytos in 1170, at the point where he practiced, at the exhortation of Basil Chinamus, bishop of Paphos. Saint Neophytos was a great personality for the Church of the island and beyond. He left a large number of manuscripts, which today are considered valuable historical sources, for important events of his time, including the conquest of Cyprus by King Richard the Lionheart in 1191.

The original core of the monastery consisted of carved caves on the natural rock, where the Saint lived enclosed until his death, which is why the monastery was called ‘Engleistra’. There, one can visit his two-storey hermitage, in which there was a space for study and writing, as well as his tomb. There is also a small carved narthex church dedicated to the Holy Cross. Externally, the bows we see today in front of the caves are later additions by the Department of Antiquities of Cyprus.

These three areas of Engleistra are records, the pictorial program of which was completed in two phases. The first was painted in huge part by Theodore Apsevdis around 1183, from which some of the most remarkable fresco paintings of the late 12th century are preserved today in Cyprus. It presents Palaeologic Renaissance influences, adapted to Constantinople standards. In one of these frescoes there is the portrait of the Saint kneeling at the feet of Christ. In 1503 came the second phase of the fresco painting, when some of the old frescoes were replaced by new ones.

The monastery’s church was probably built in the first quarter of the 15th century and is one of the best preserved and largest churches of its time. It belongs to the Franco-Byzantine architectural type of the three-aisled basilica with a dome and seems to have undergone no changes over the centuries, except perhaps a few. Thus, the monument as we see it today does not differ substantially from the time of its erection. What is also very interesting, is the fact that it presents a combination of elements of late antiquity and Gothic art, as witnessed by the Corinthian capitals in the interior pillars and the gothic-influenced stern arches, as well as the impressive relief of the main entrance. This is the only example of architectural decoration on the façade of the building. Inside, the frescoes of the church, dating back to around 1500, have suffered extensive damage and are mainly preserved in the dome of the north aisle. In the iconostasis of the church, among the icons, there are remarkable examples of 16th century art. 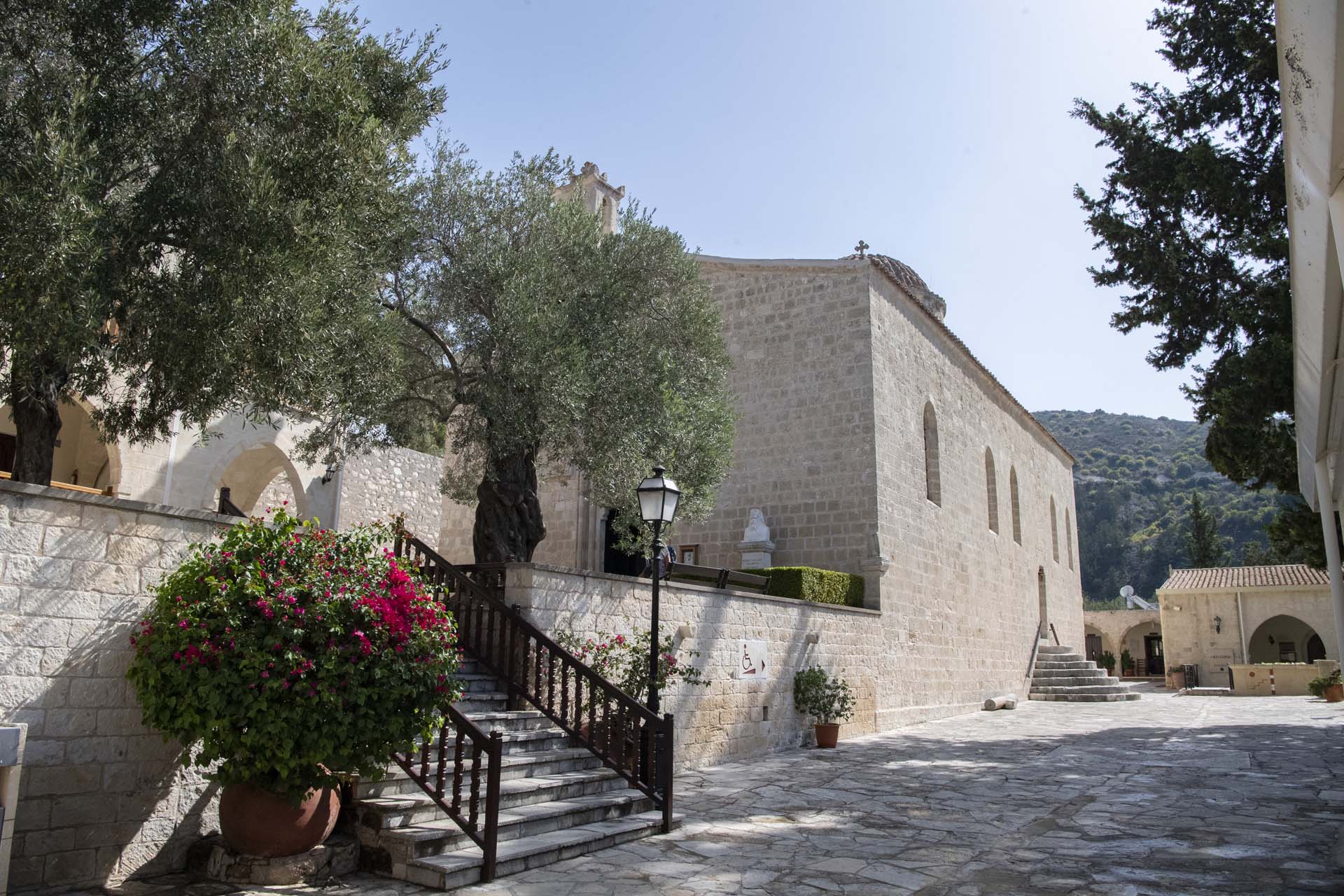 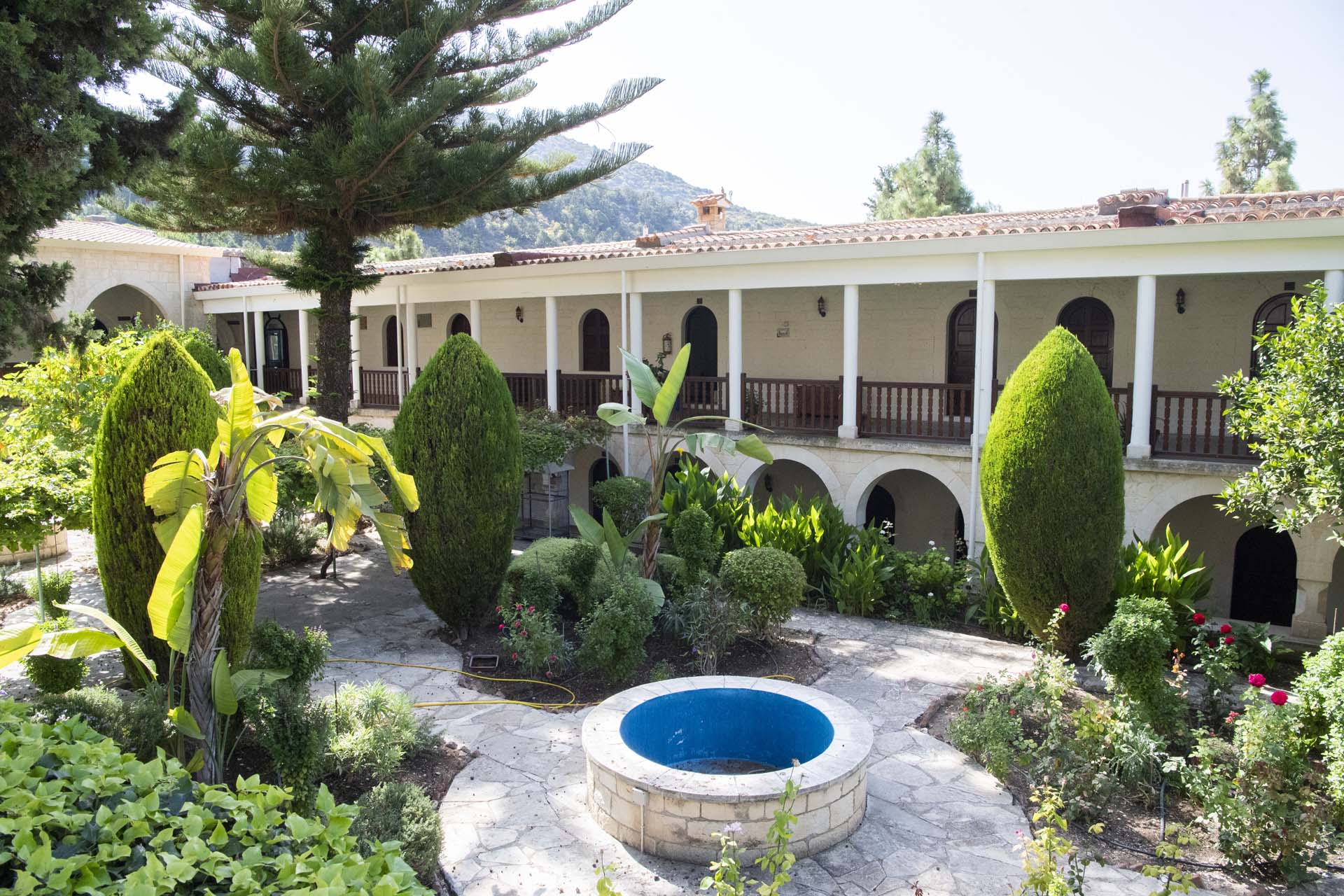 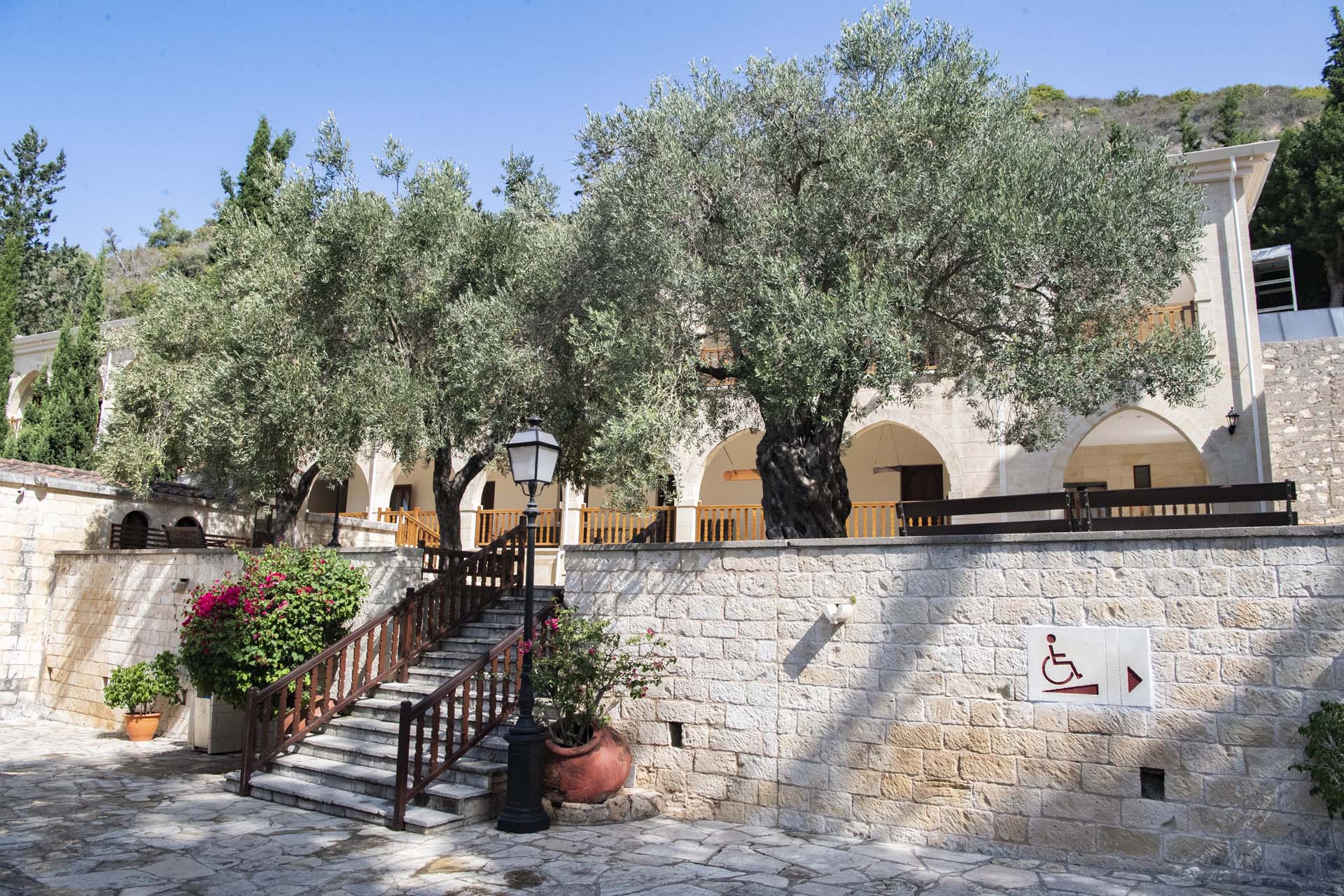 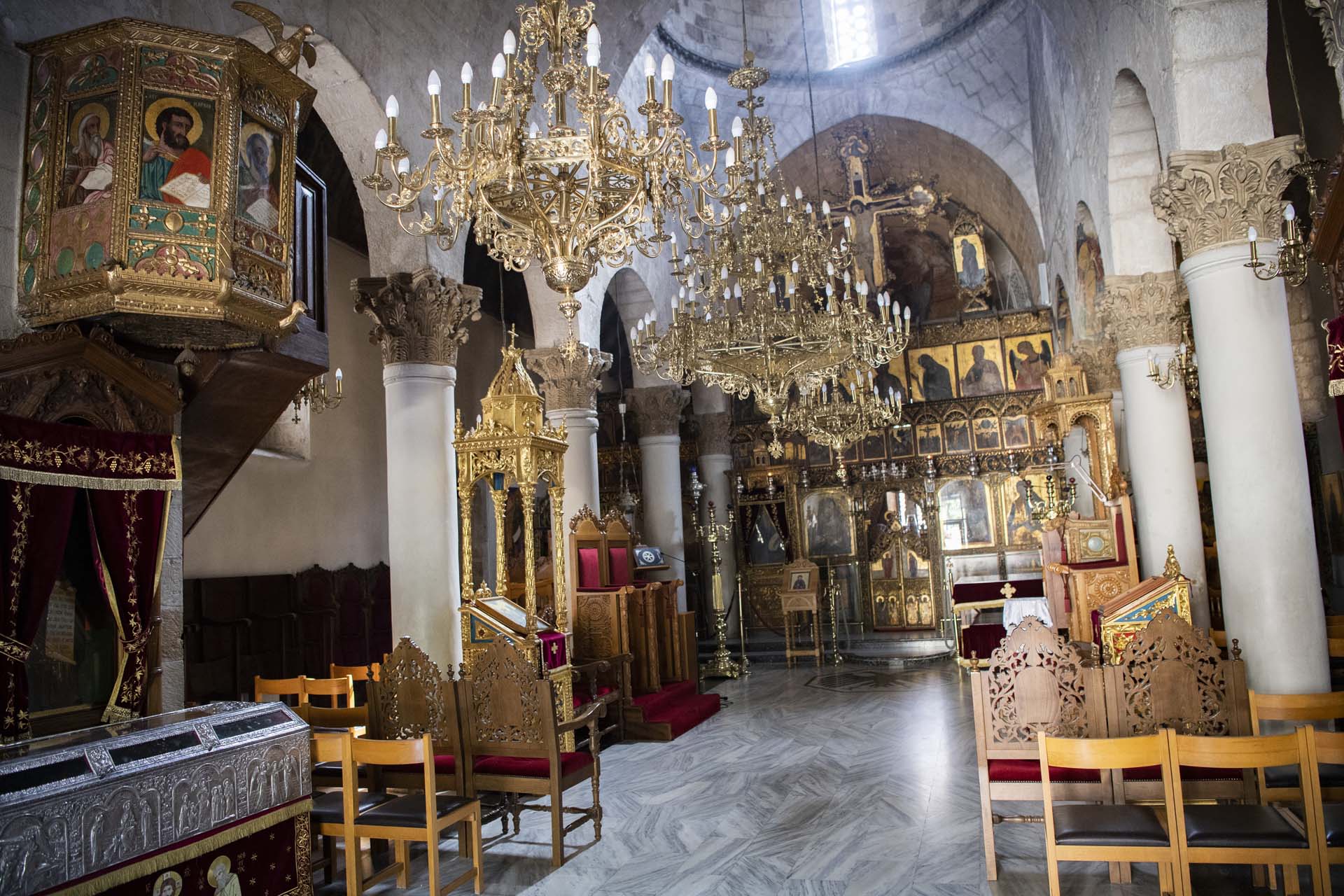 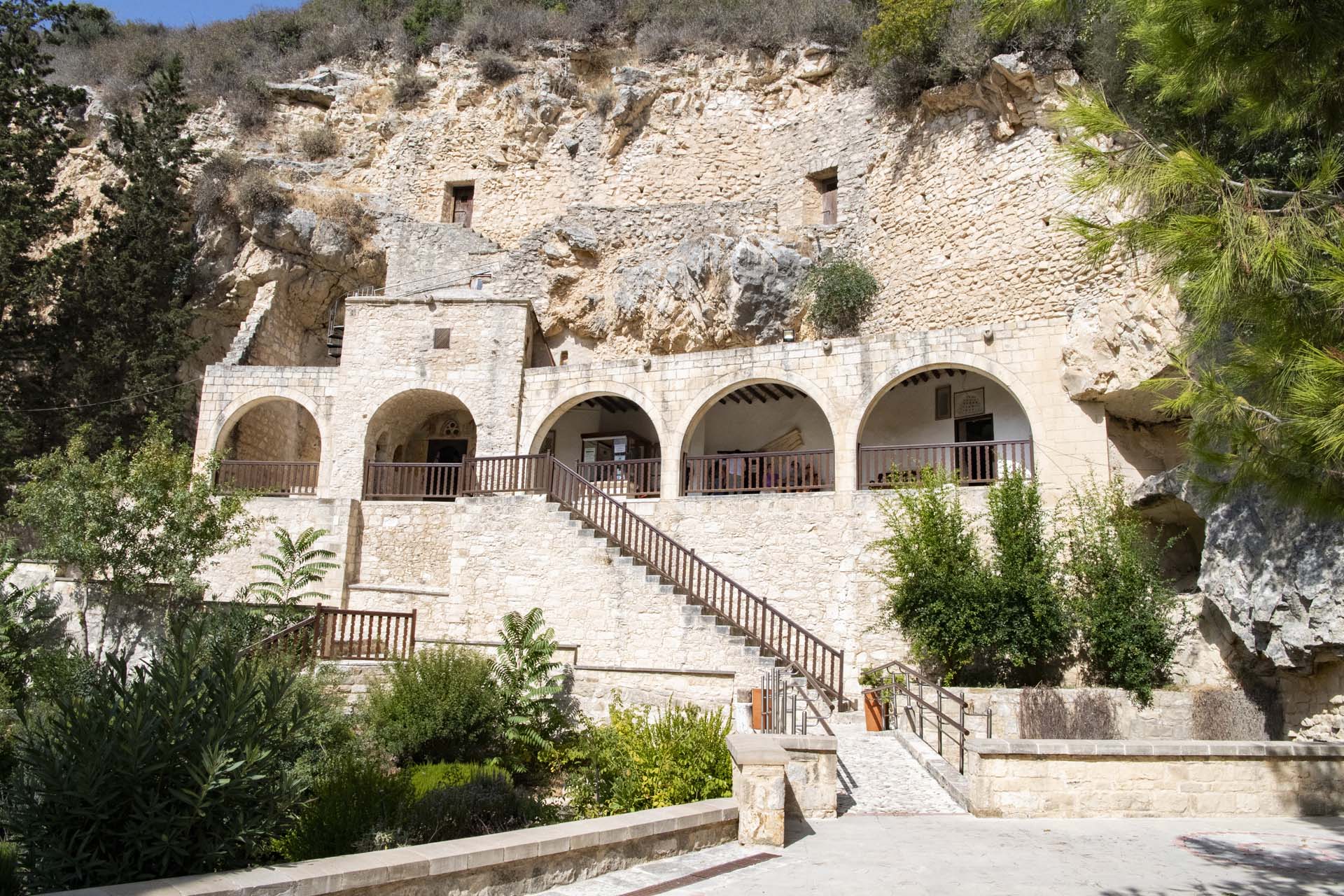 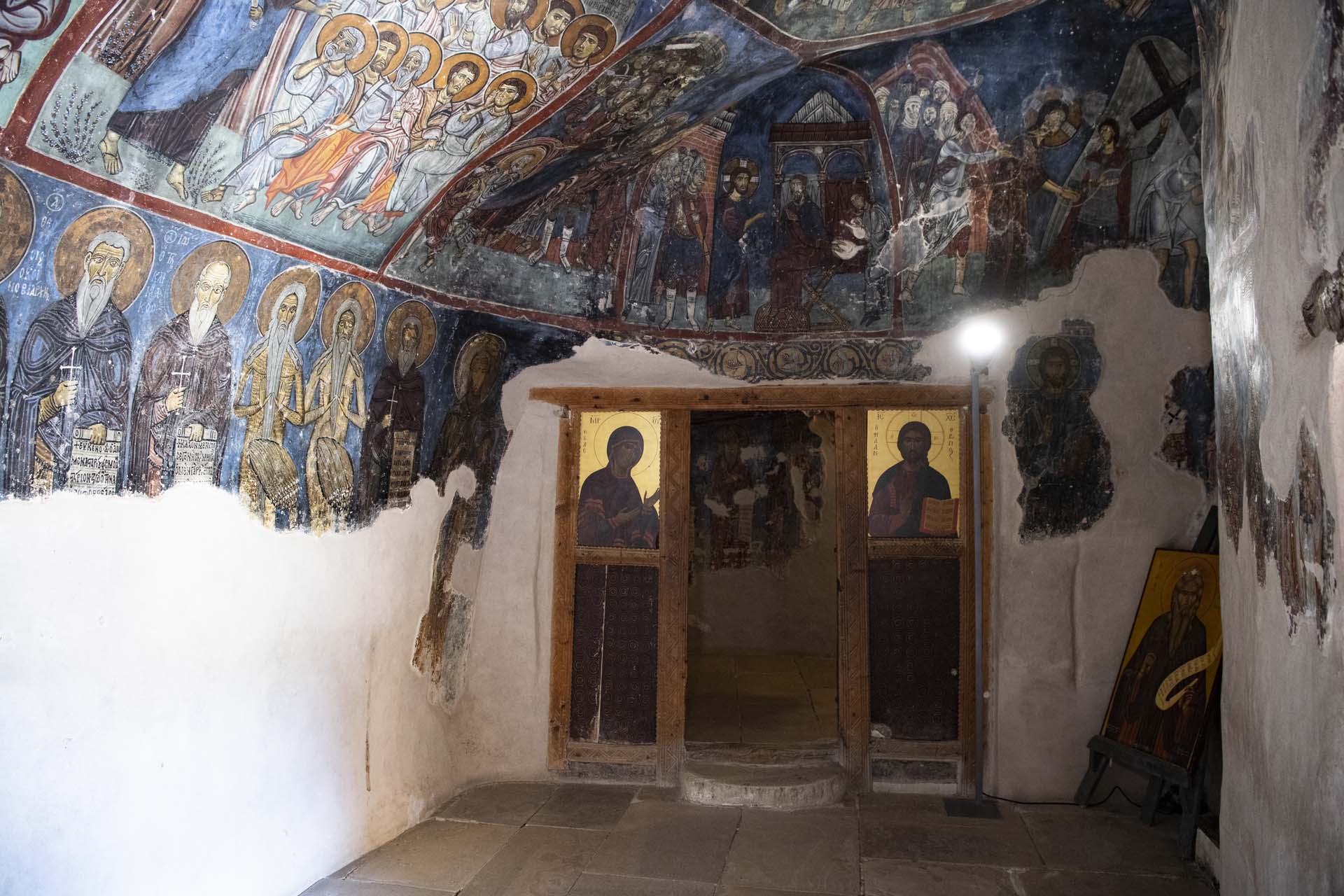 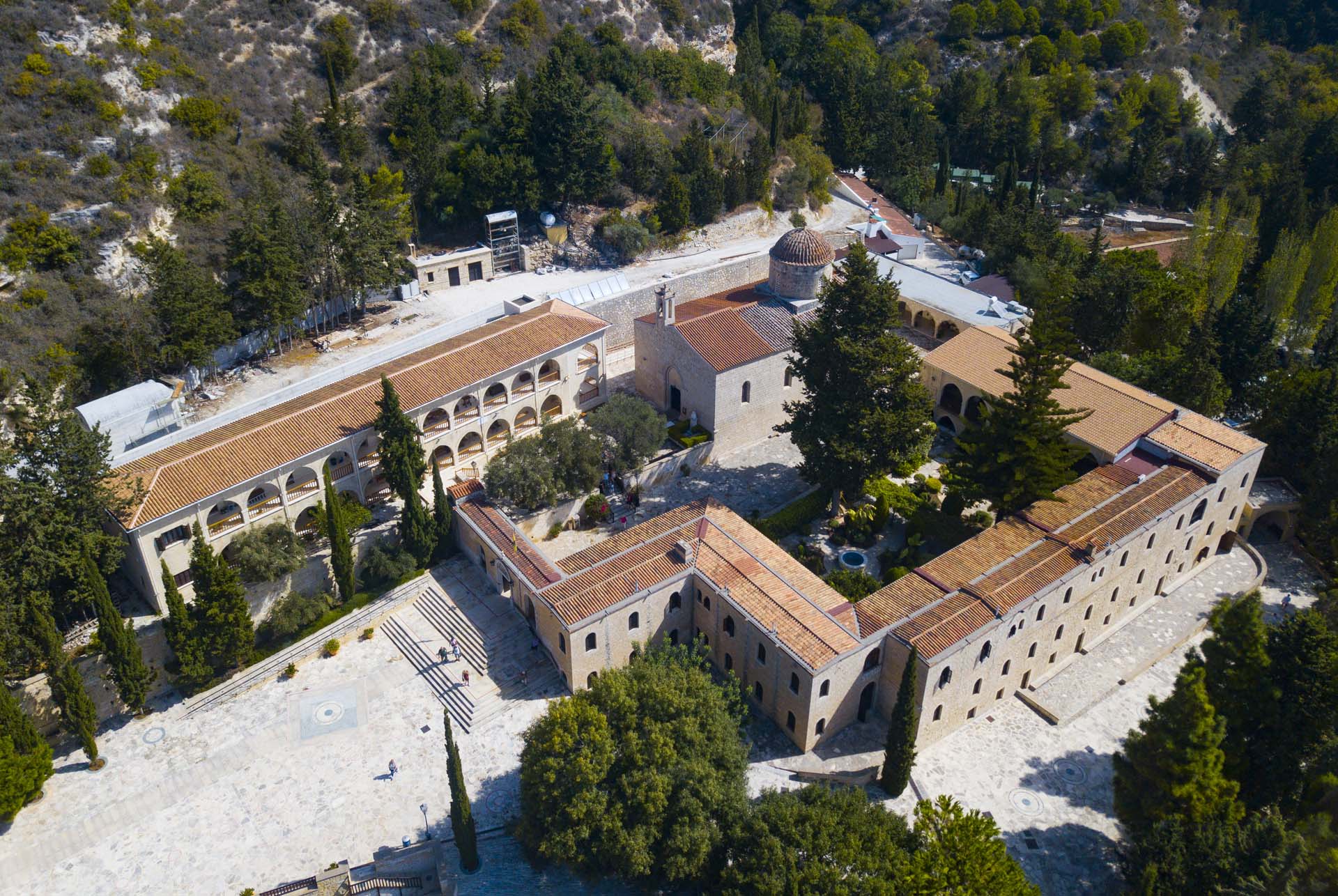 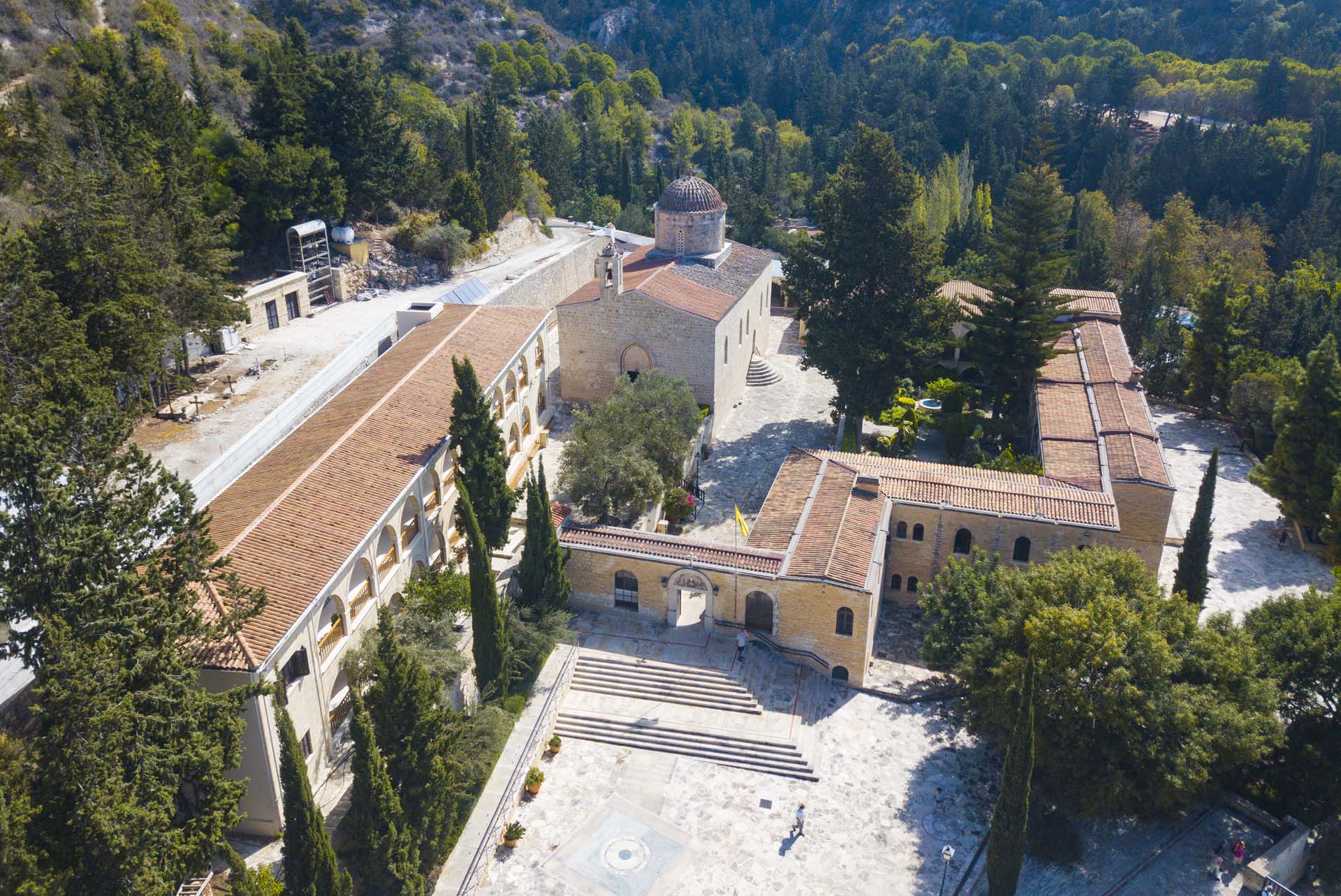 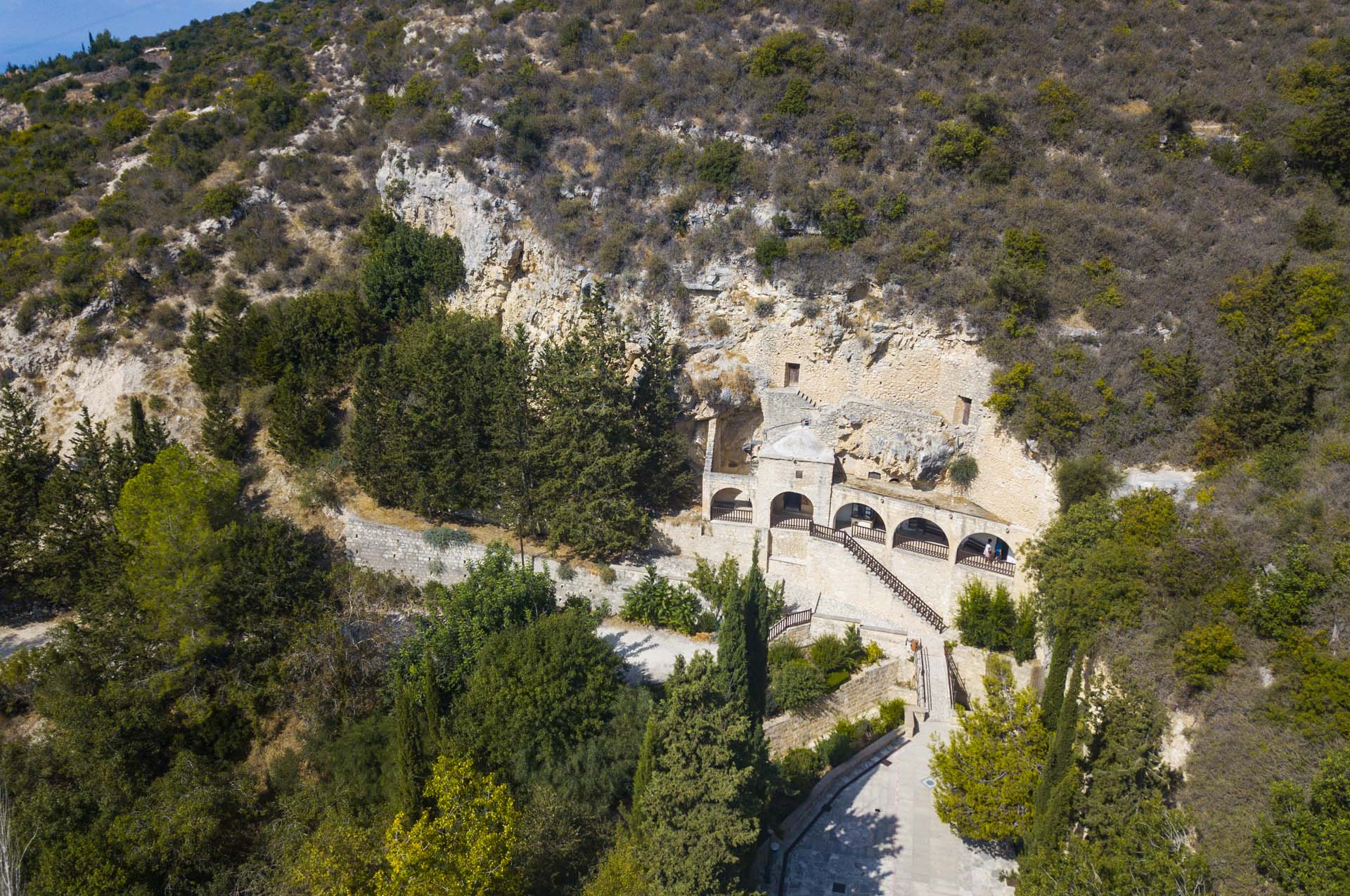