The church of Panagia Theoskepasti (lit. The Virgin Mary covered by God) is found in Kato Paphos, on the homonymous street, east of the Churches of Chrysopolitissa and Agia Kyriaki. It is built on a rock, with a panoramic view of the city.
It was built at the beginning of the last century, on the ruins of an older church with the same name. According to local traditions preserved with variations to this day in Paphos, the original church was named after the great Saracen raids. So it is said that while the raiders looted their way through, only this particular church was left intact. This was because God made him invisible to the people of other religions, covering the church with a dense fog. Only once did a Saracen get in and when he reached out to grab the golden vigil oil lamps, tributes of the Virgin Mary, his hands were cut and dropped to the floor. In fact, this scene can be seen today in one of the icons on the Virgin that are on the iconostasis.

The present church was built in 1926 and belongs to the cruciform architectural type, with a dome. On its east wall it bears three protruding arches, the largest of which is central and in its northern corner a tall bell tower. To the west is the main entrance of the church, which is accessed by a large staircase. Inside the church, the impressive wood-carved iconostasis carries high art hagiographies. Of these, the most famous is the icon of Our Lady of Theoskepasti, which according to tradition was painted by Apostle Luke himself. 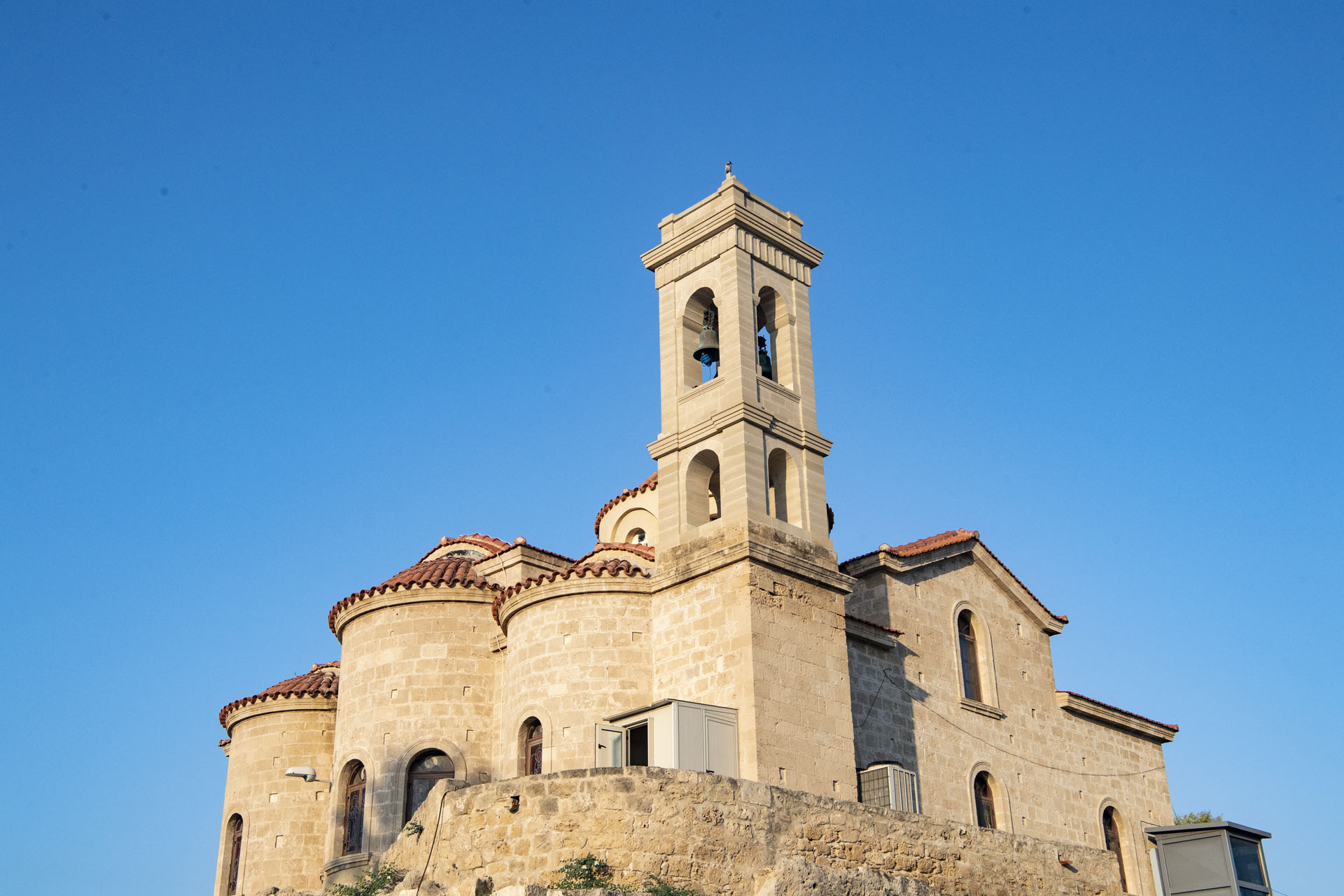 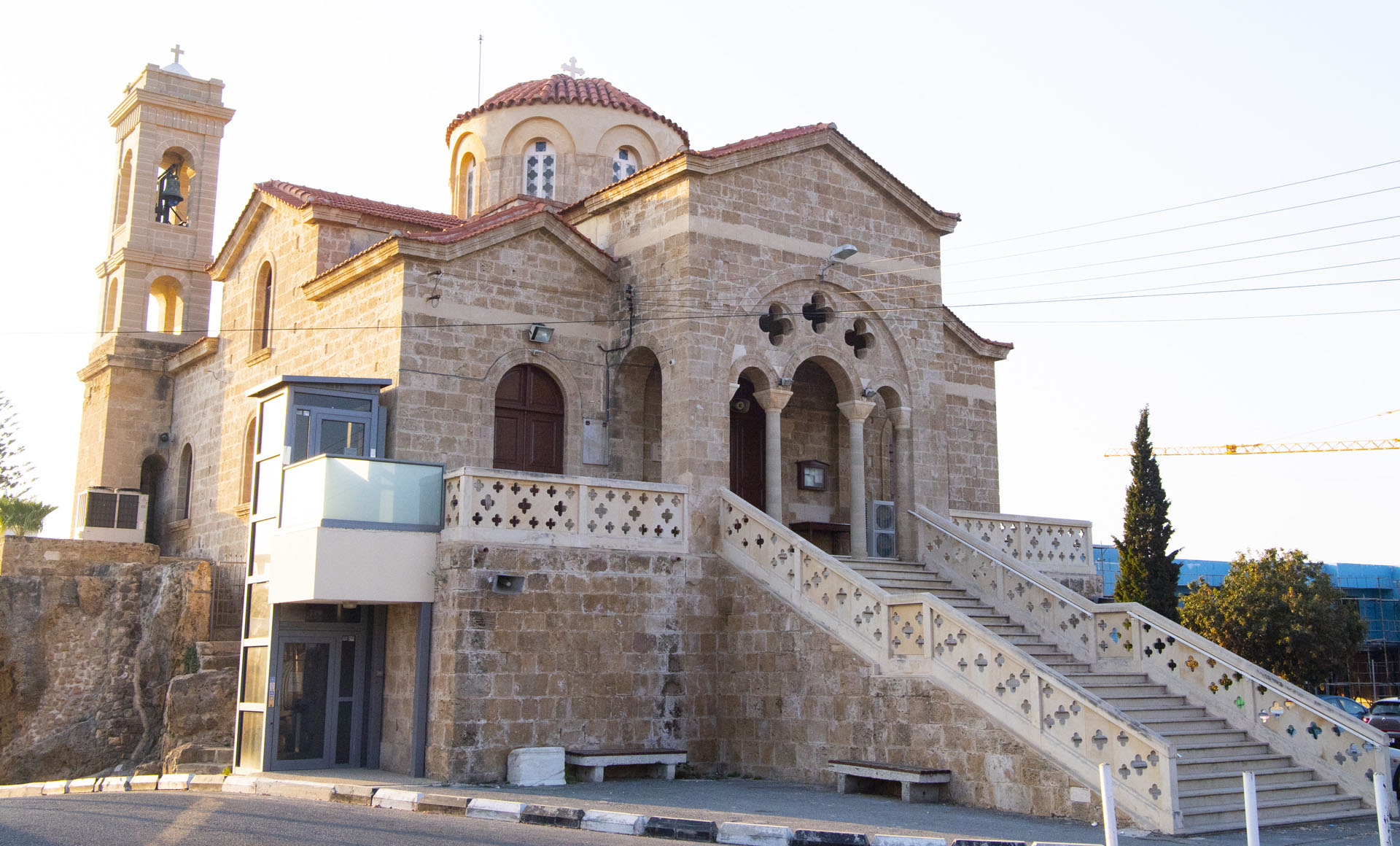 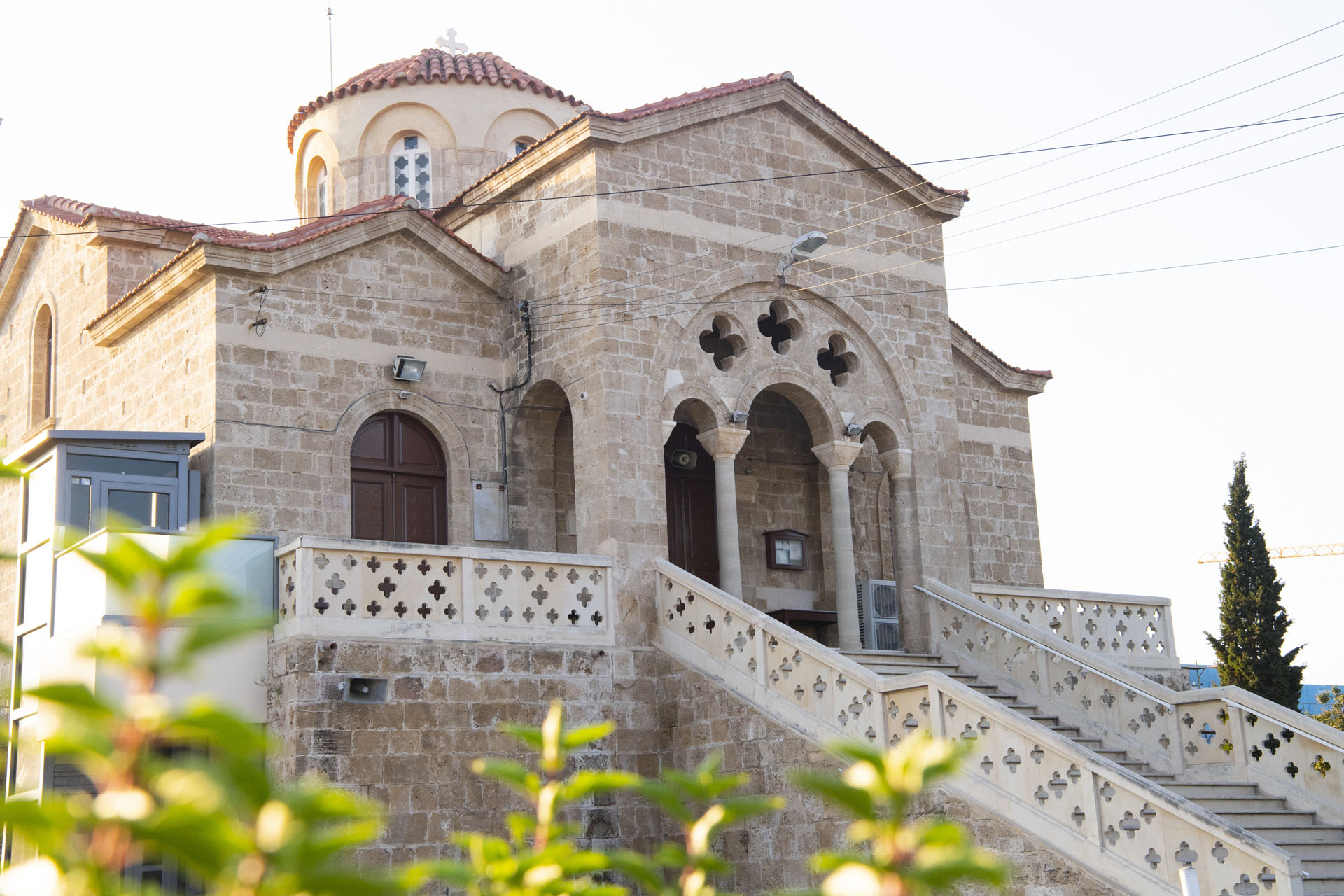 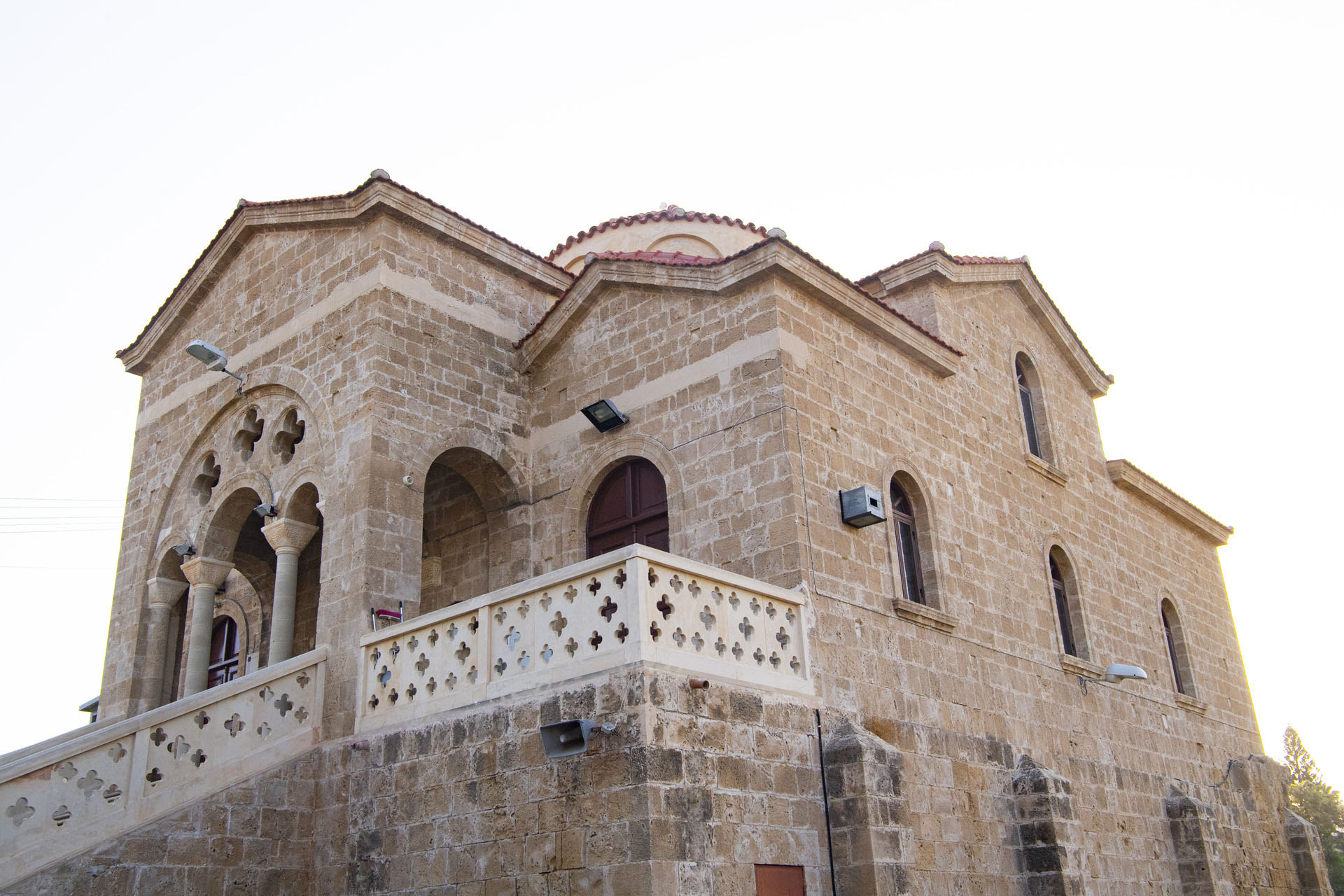