It dominates on a low hill northwest and a short distance from the port of Paphos and is best known as the ‘Forty Columns’ castle. It was one of the main fortifications of the city along with the two ‘castles’ located in the harbour and the walls surrounding it.

It is believed that it was built in the late 7th century. A.D. designed to protect the city and its port from Arab invasions. However, its history, inextricably linked to the long-suffering history of Paphos, encompasses many building phases with disasters and reconstructions until it was finally levelled in the 13th century, when it was finally abandoned. Thus the fortress was first destroyed by the Arab raids of 653-4 c. A.D. and rebuilt a few years later. In 688 AD however, when the Byzantine and Arab conquests were imposed on Cyprus, the castle collapsed in the wake of the great demilitarization agreed between the two sides. It was rebuilt once again a few centuries later, in 965 AD. by the Byzantines, and during the Lusignan period around the end of the 12th century, it was allowed to intervene in its final form.

It was a rugged edifice with numerous granite pillars, relics of Roman public buildings, and destroyed buildings. In fact, it is to this that it owes its present name ‘Forty Columns’. The castle consisted of a central 35 x 35 m fireplace, around which was built an external protective enclosure. The main building brought four square towers to the corners and a horseshoe on the east side, where it had its only entrance. Around him, the massive wall surrounding it reached 3m in thickness, while reinforced with eight towers.

The castle was completely destroyed by an earthquake in 1222 AD. and was subsequently replaced by the medieval fortress that today stands in the port of Paphos. 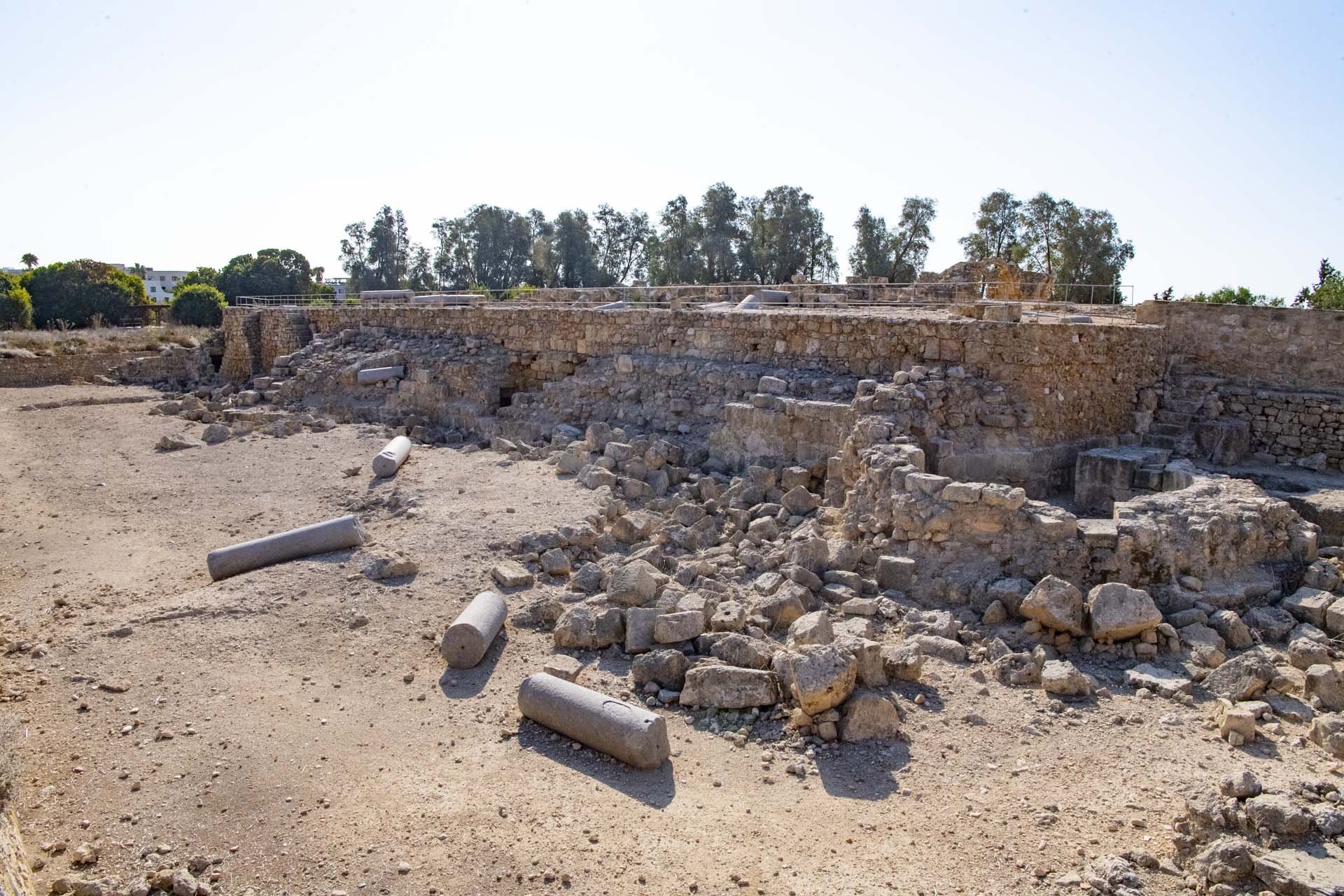 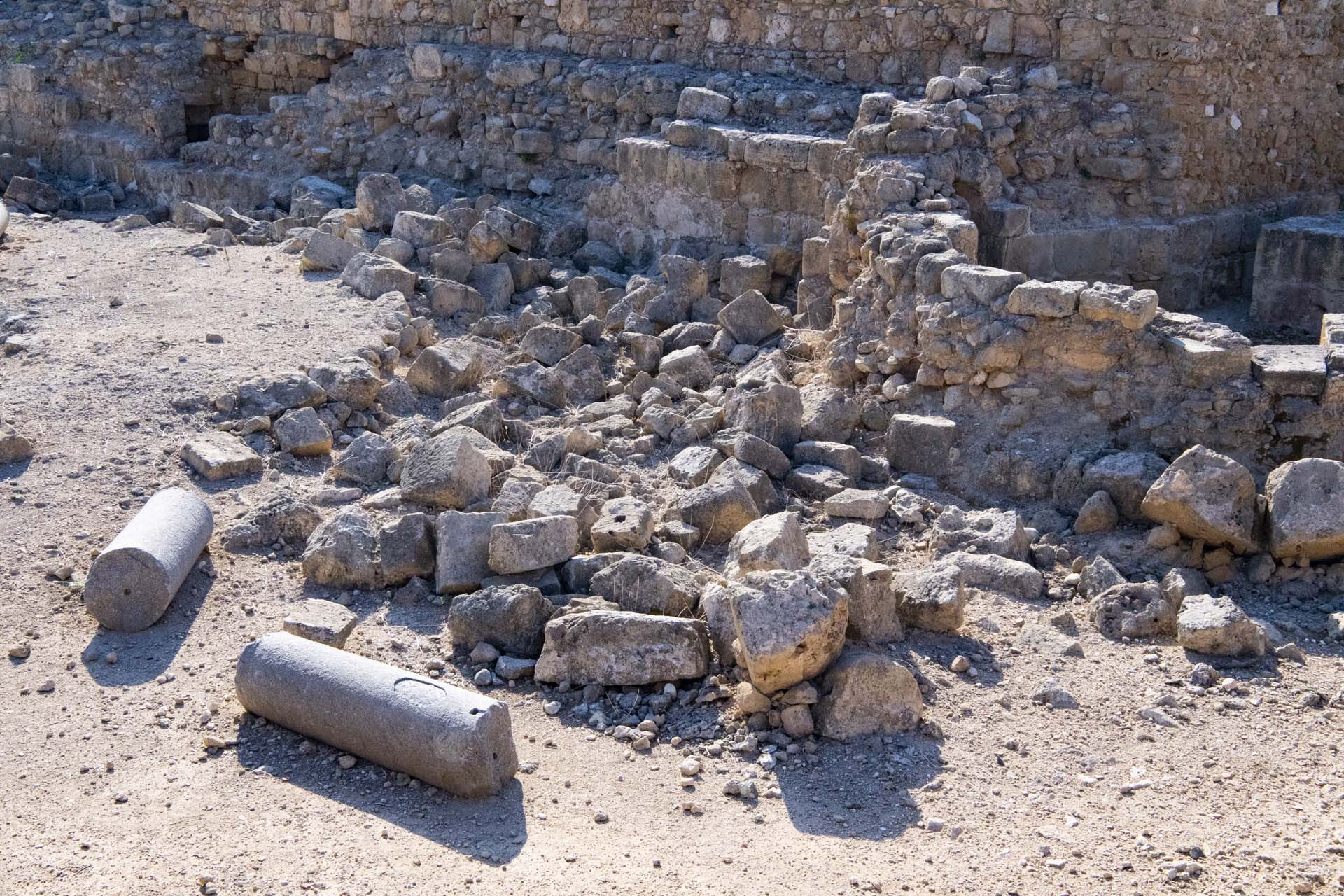