The Sanctuary of Aphrodite

The Sanctuary of Aphrodite

Located in ruinous condition in the settlement of Kouklia in the ancient antiquity of Palepafos (old Pafos), 16 km east of Paphos. The Sanctuary of Aphrodite was one of the most important and renowned religious centres of worship in the ancient world. There are many myths about his founding, the most famous of which is that of Kinyras, the founder of the sanctuary and high priest of the goddess.

The oldest part of the sanctuary to the south was built in 1200 BC, at the end of the Late Bronze Age and seems to confirm the information given by Homer in the Odyssey, that there was an Aphrodite’s temple in Paphos and an altar for sacrifices. This sacred altar according to myths, should never have been soaked with blood of sacrifices. Thus, at the annual feast of the goddess, only offerings with incense and pure fire were allowed. The pilgrims, in return for every spit they gave, they took a phallic statue and a pellet of salt, which they refer to, both to the goddess’s fertile powers and to the way she was born, emerging from the sea. This open-air sanctuary, consisted of an enclosed courtyard with megalithic stones and a gallery. In the centre of the latter a sacred conical wicket (stone) was located, which symbolised the power of the goddess, as the worship of Aphrodite here was infinite.

The sanctuary continued uninterrupted for many centuries and at the end of the 1st century or the beginning of the 2nd century AD, a new sanctuary, to the north of the original one was created. There was also the worship of the conical wreath, which is now on display at the Local Archaeological Museum of Palepafos. The later Roman sanctuary was a rectangular plan of a large 79×67 meter building, which communicated with the oldest by scale. Following the architectural type of the older one, it had a large inner courtyard, which was enclosed in the north and the south by stoas. On the east side was the central entrance of the mosque, which was located between two complexes of rectangular rooms with an undisclosed use so far. Two mosaic fragments are preserved from his mosaic decoration today: One bears a meandering and conical motif, and is located in the hall formed on the west side of the south porch. the other one found inside the north hall retains geometric shapes.

It is also noteworthy that during the Roman period the sanctuary had a high reputation, having even acquired the position of oracle. The importance of this is evidenced by numerous votive inscriptions, as well as illustrations in Augustinian coins. 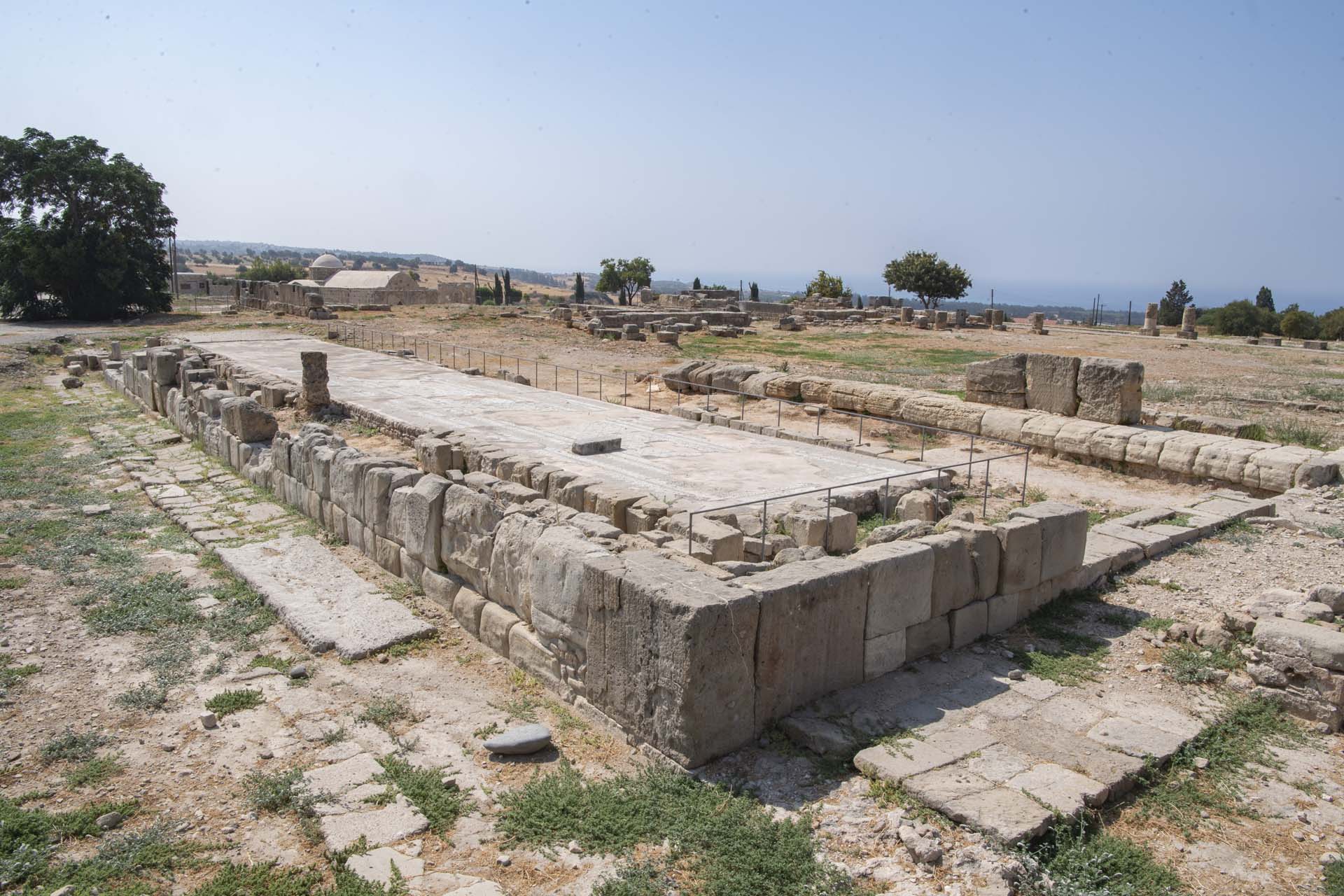 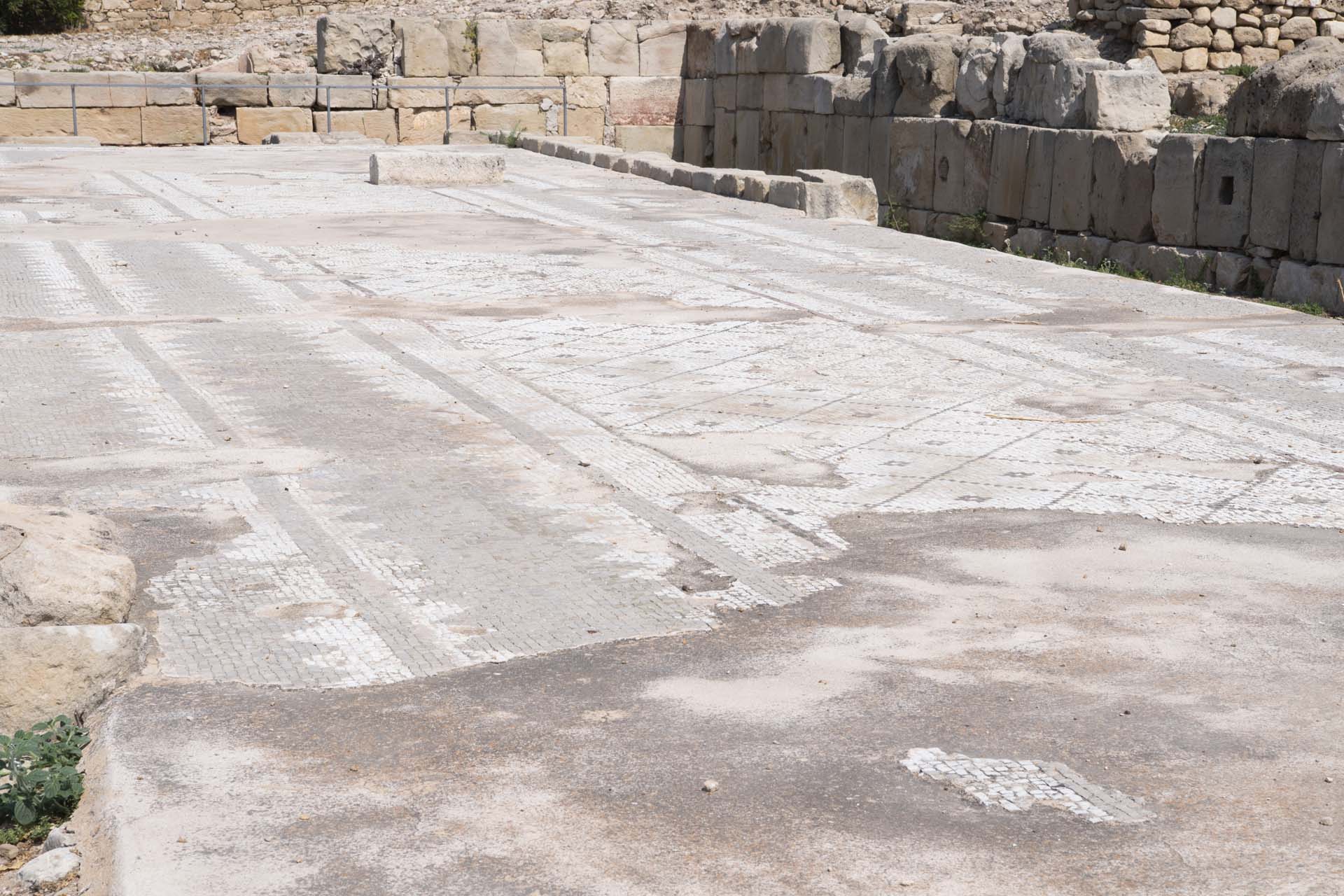 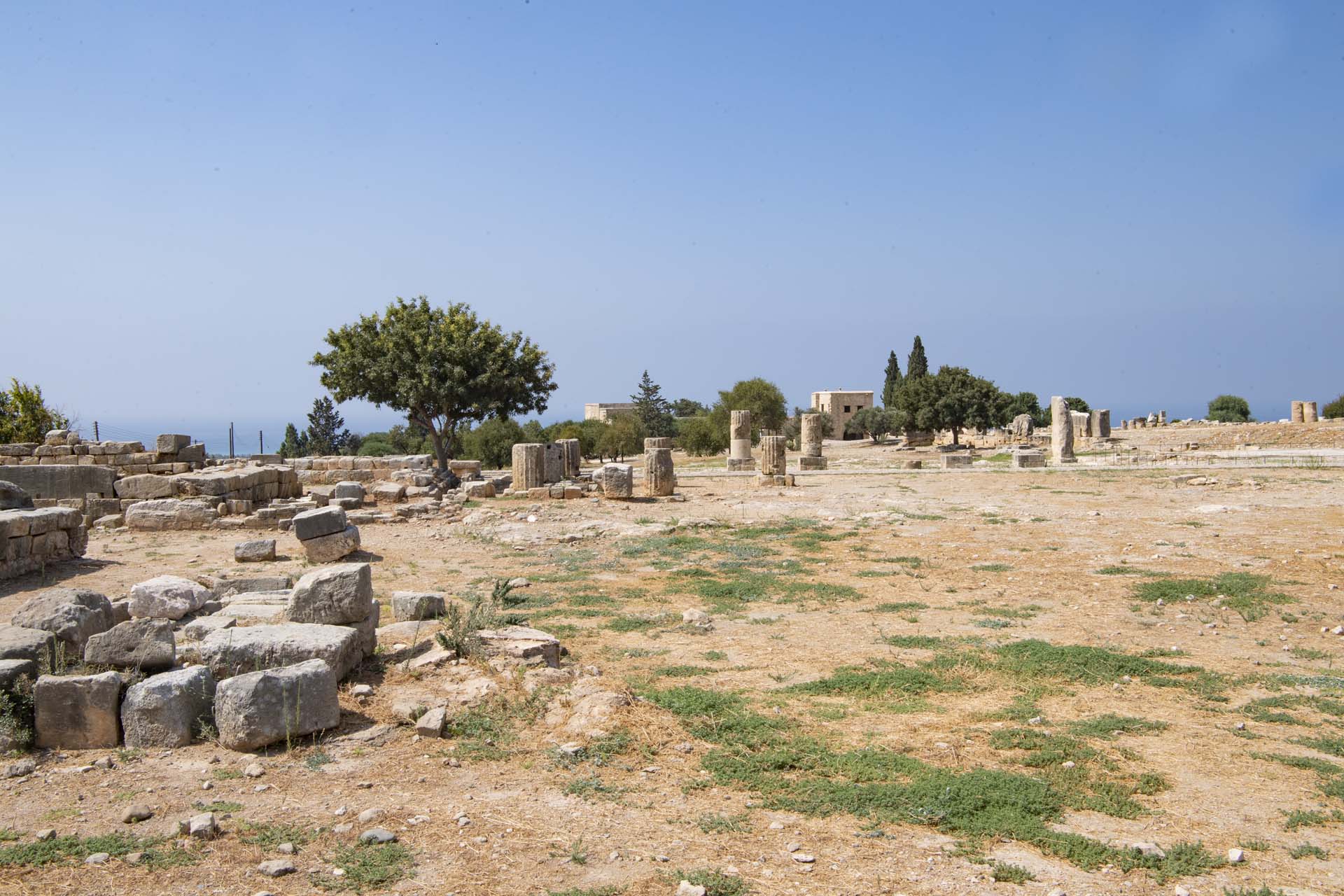 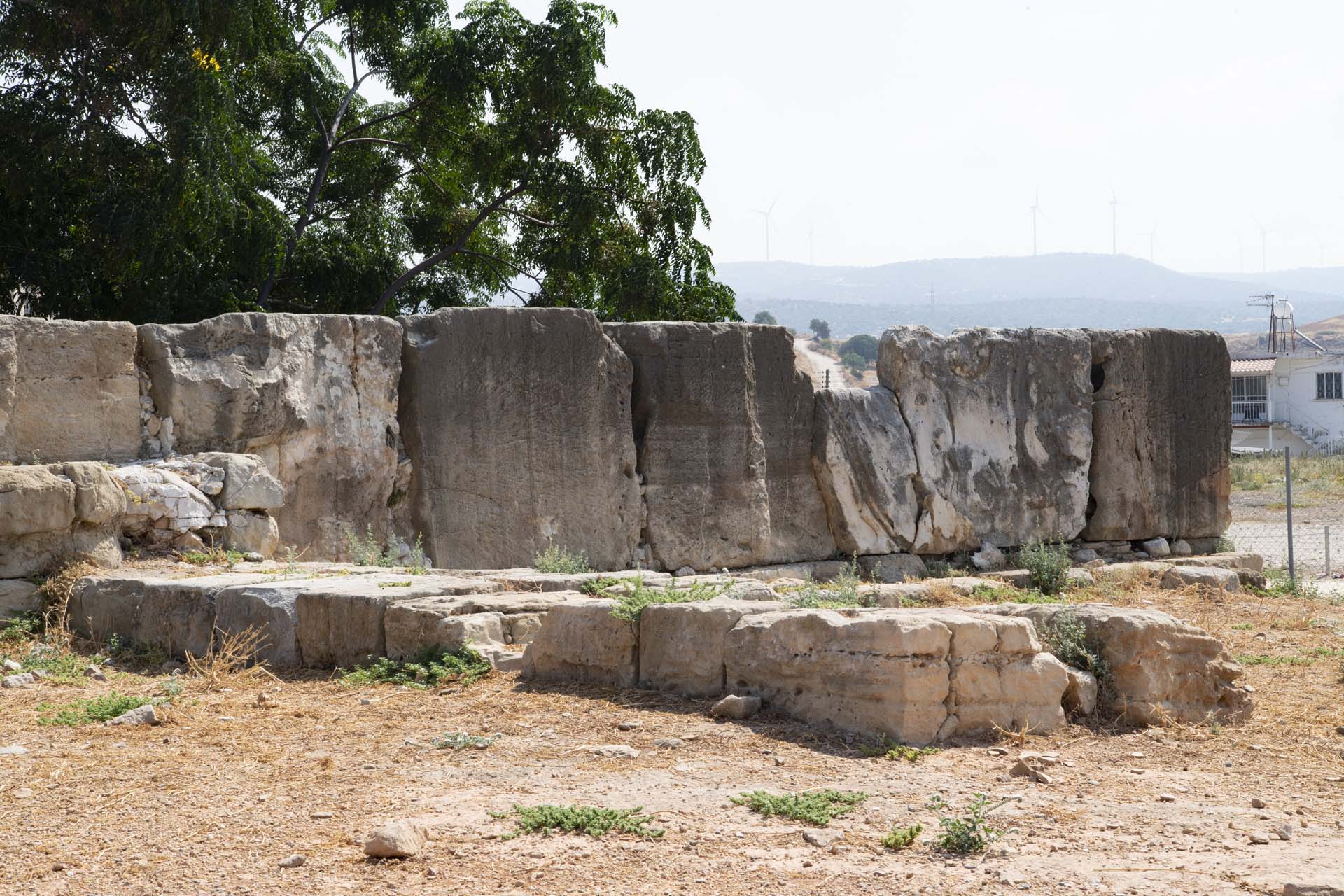 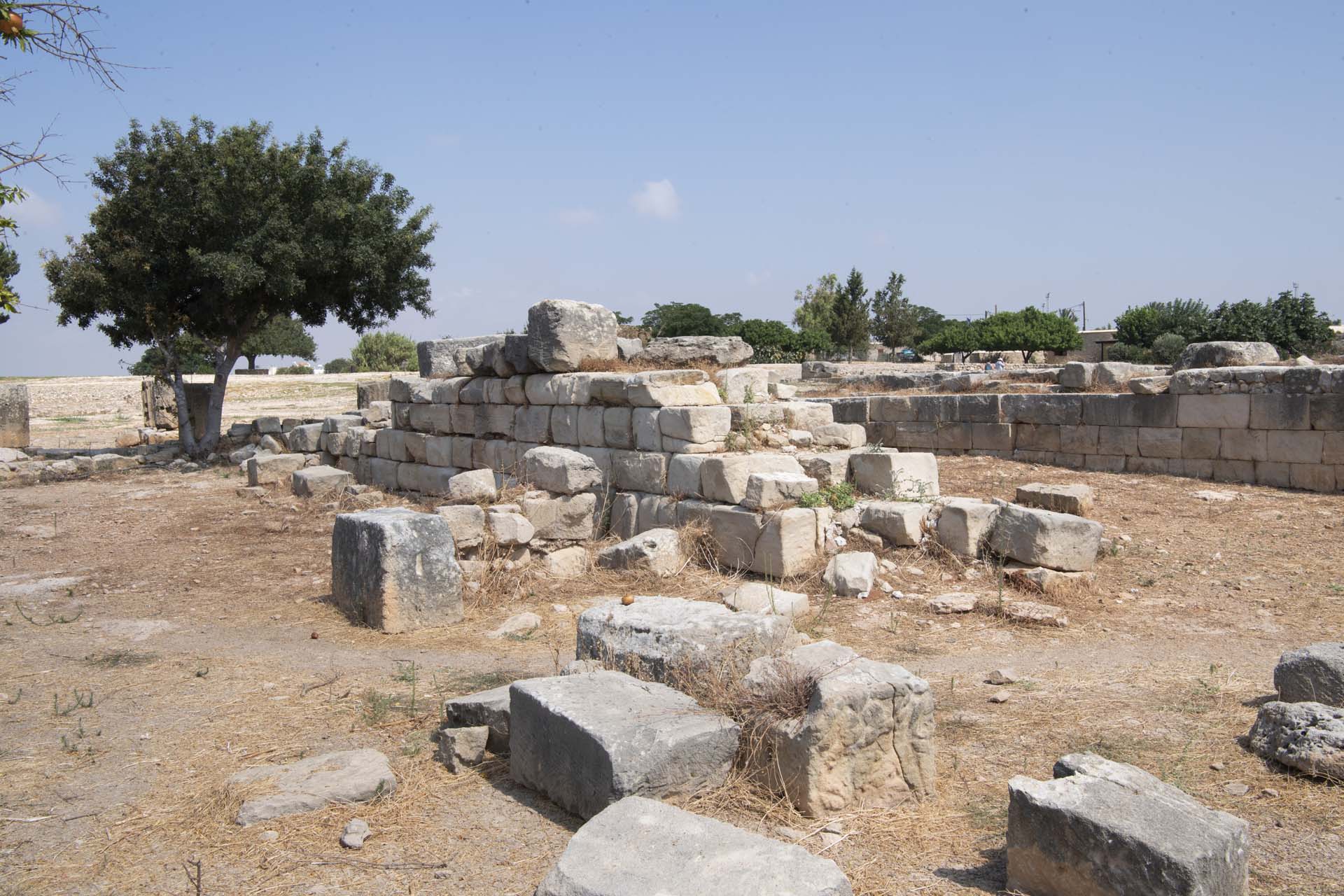 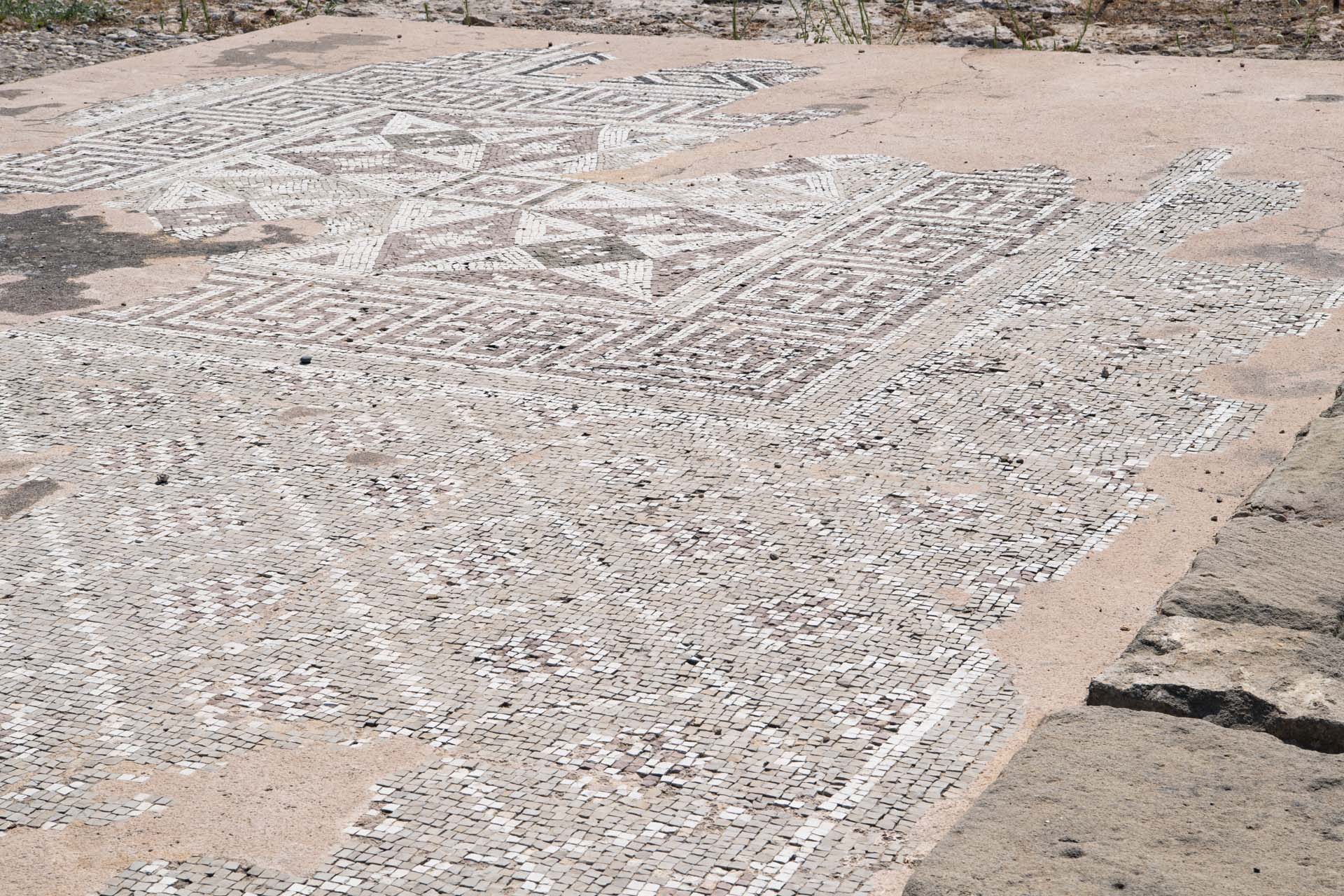 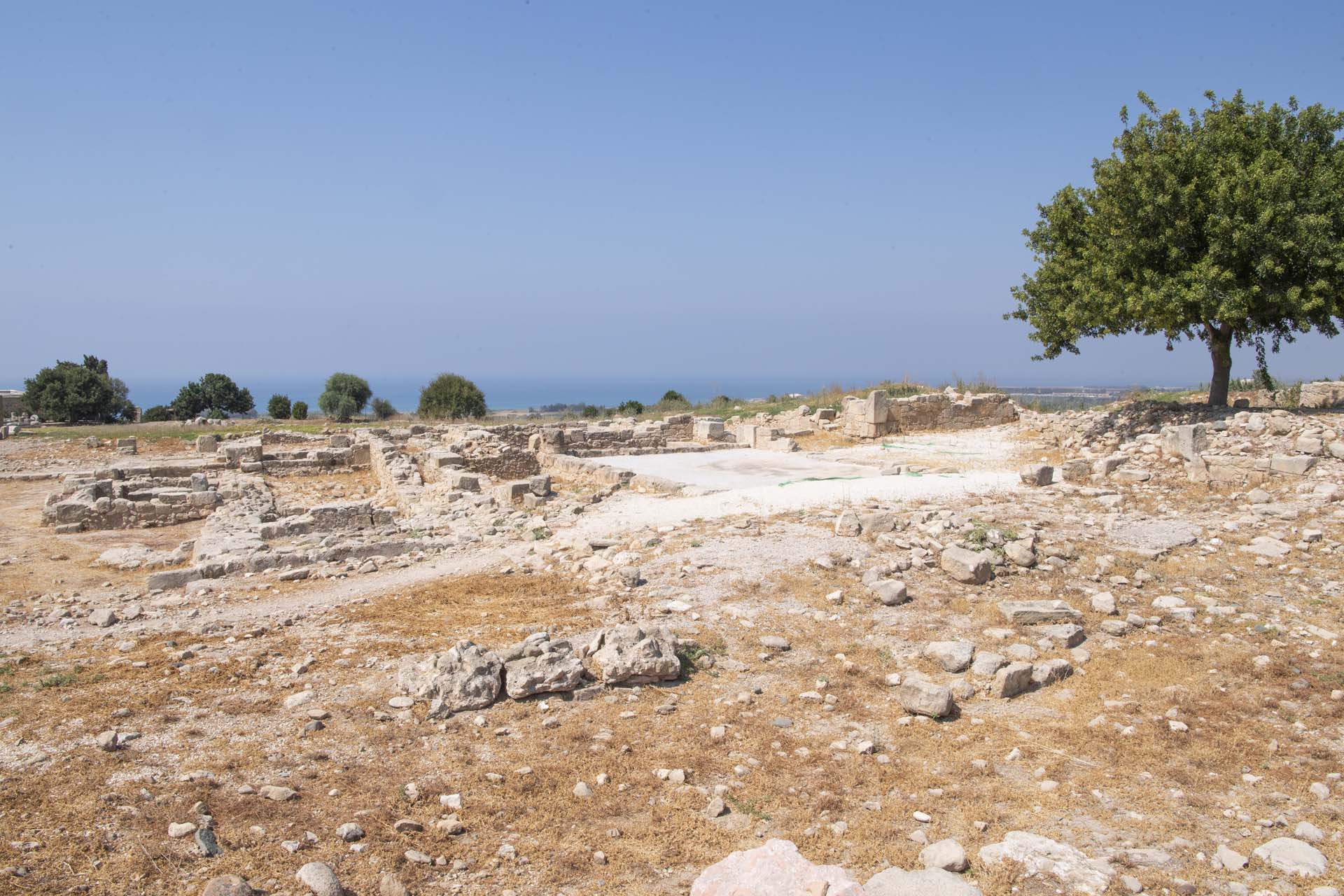 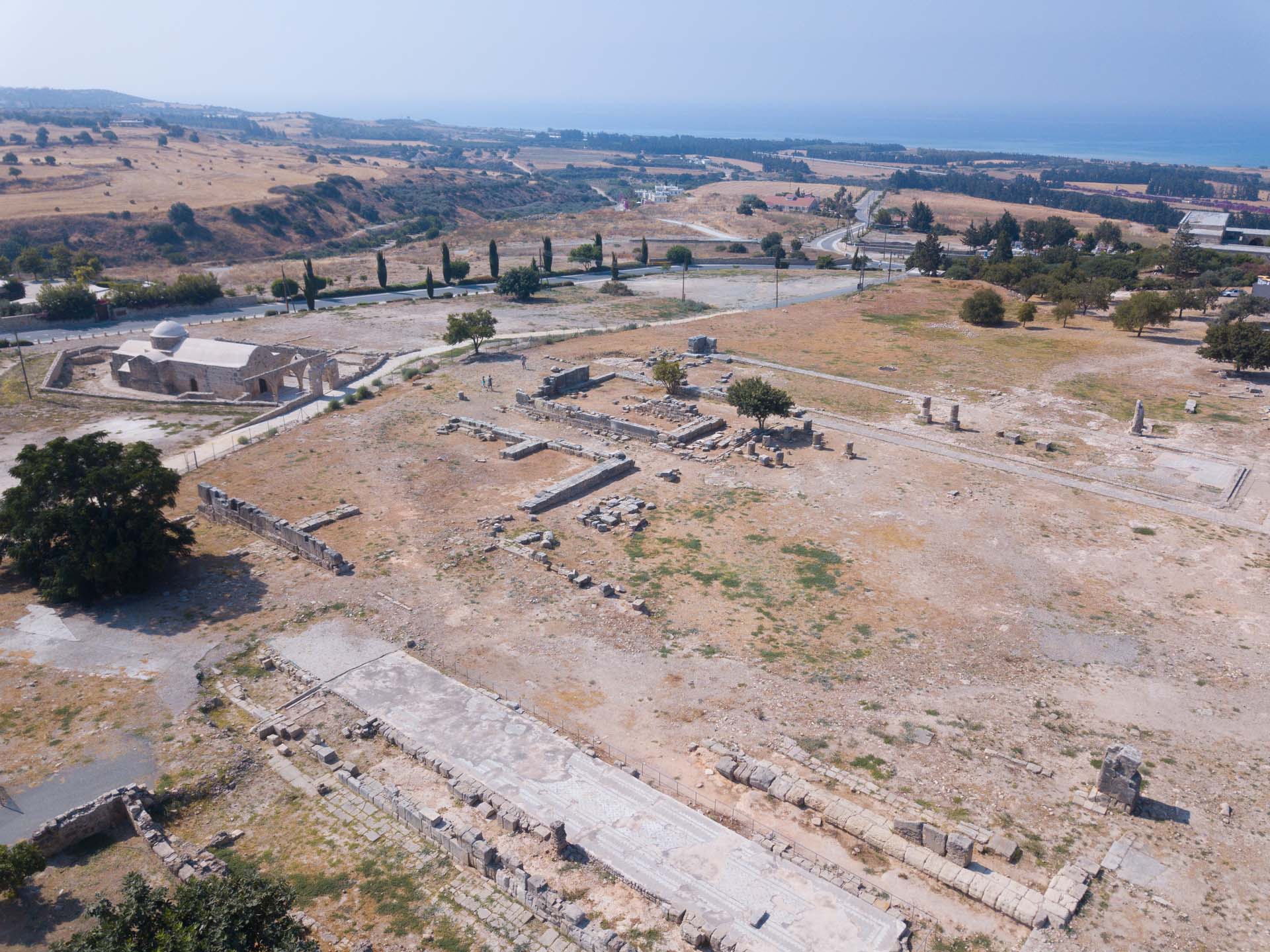