Tombs of the Kings

Tombs of the Kings

They are located in the necropolis of Nea (New) Paphos located in the north-western part of the city, just outside the fortifications, covering an area of around ​​1.2 sq. Km. The huge archaeological site is one of the most important places to visit in Paphos. Various types of tombs have been found here, such as rock-hewn, chamber-like spaces with one or two burial chambers and burial pits.

At the north end of the necropolis are the famous Tombs of the Kings. These are the most impressive examples of burial architecture that are unique to Cyprus and draw their models from Alexandria, Egypt. They are carved in natural rock and date from the Hellenistic period to the Roman period (2nd century BC – 2nd century AD), and appear to have been reused later by the early Christians. They owe their name to their magnificence and impressive architectural appearance. It is even claimed that they were a burial ground for members of the political and administrative elite of the city under the Ptolemaic state.

They consist of a central underground rectangular or square peristyle courtyard with Doric columns or pillars supporting a decorated tower with triglyphs and metopes. Around the courtyard there are buried chambers, the walls of which have carved funeral pockets. Also, in most of the tombs, an internal well is still salvaged, which was for operational purposes and was of symbolic character. Its water referred to in ancient Greek posthumous perceptions that the souls of the dead passed into the world of the dead through the river Acheron.

In general, this burial architecture resembles that of a Hellenistic house, where the rooms are symmetrically developed around a peristyle patio. Perhaps this was done deliberately so that one’s last residence would resemble the home they lived in.

Of all the tombs of the site, restored tomb no. 3 is particularly impressive as is the well-preserved tomb no. 4. Also of interest is tomb no. 5, one of the largest excavated to date, with an area of ​​390 sq.m. and 5m depth from ground level. On its south-western tip is a ceramic kiln built here much later, during the medieval period.

Tomb no. 8 is quite different from the rest and is probably the most enigmatic of the area. The centre of the atrium is occupied by a square rock, with a carved chamber inside. A corridor is formed around the rampart and around it are the burial chambers. Two stone bird figures discovered here caused great controversy among archaeologists as to their interpretation and consequently the use of the tomb. It is therefore supported on the one hand that they represent eagles and are identified with the royal emblem of Ptolemy, so this tomb may have received the body of a king of the Ptolemaic dynasty who died in Cyprus. In fact, it is believed to have been the burial ground of Ptolemy XIV, Cleopatra VII’s brother. Another view argues that these statues are probably effects of Alexandrian Egypt and represent hawks as another form of the god Horus. This Egyptian deity, identified with Apollo, carried souls to the underworld and was depicted as a hawk or a hawk-headed man. 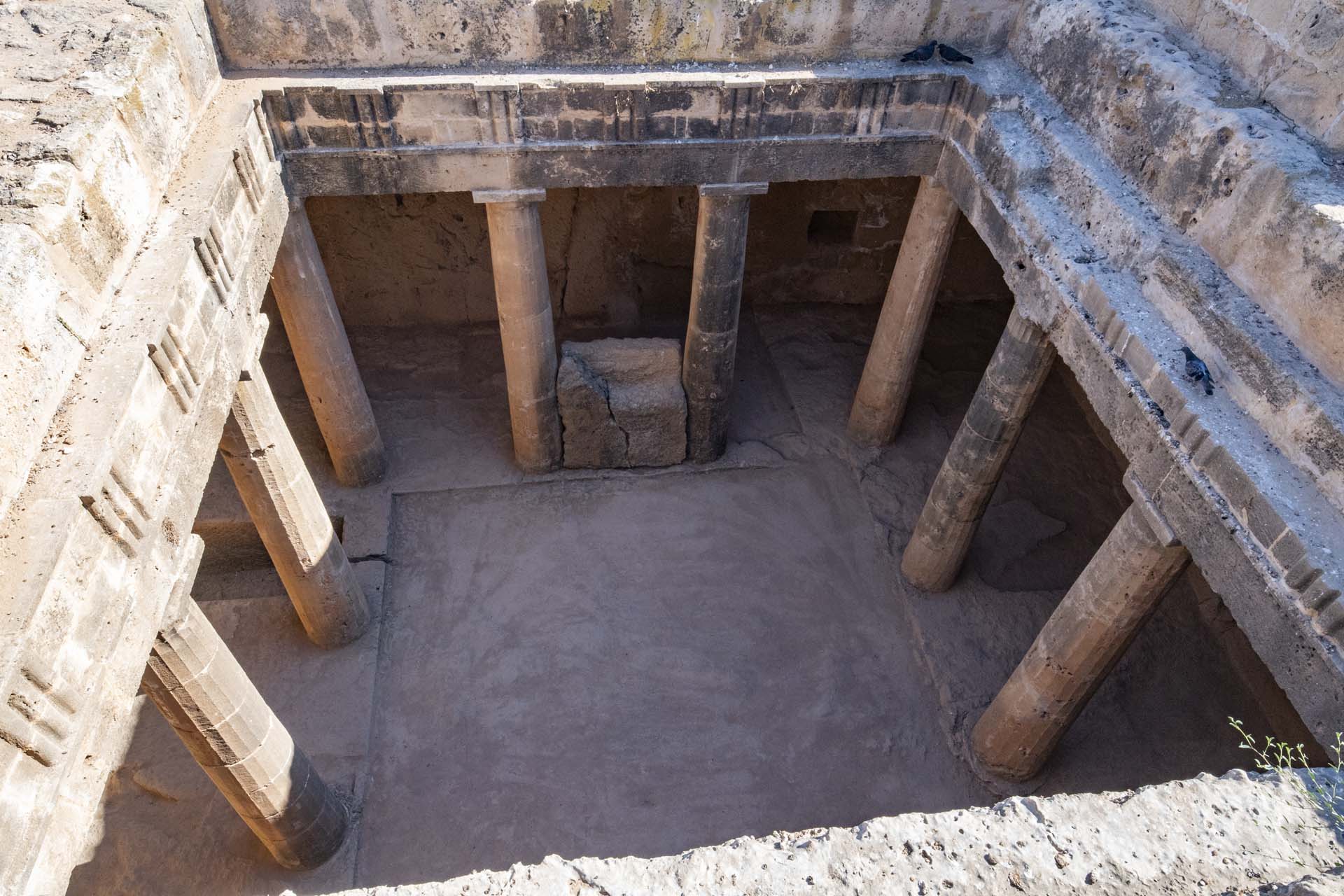 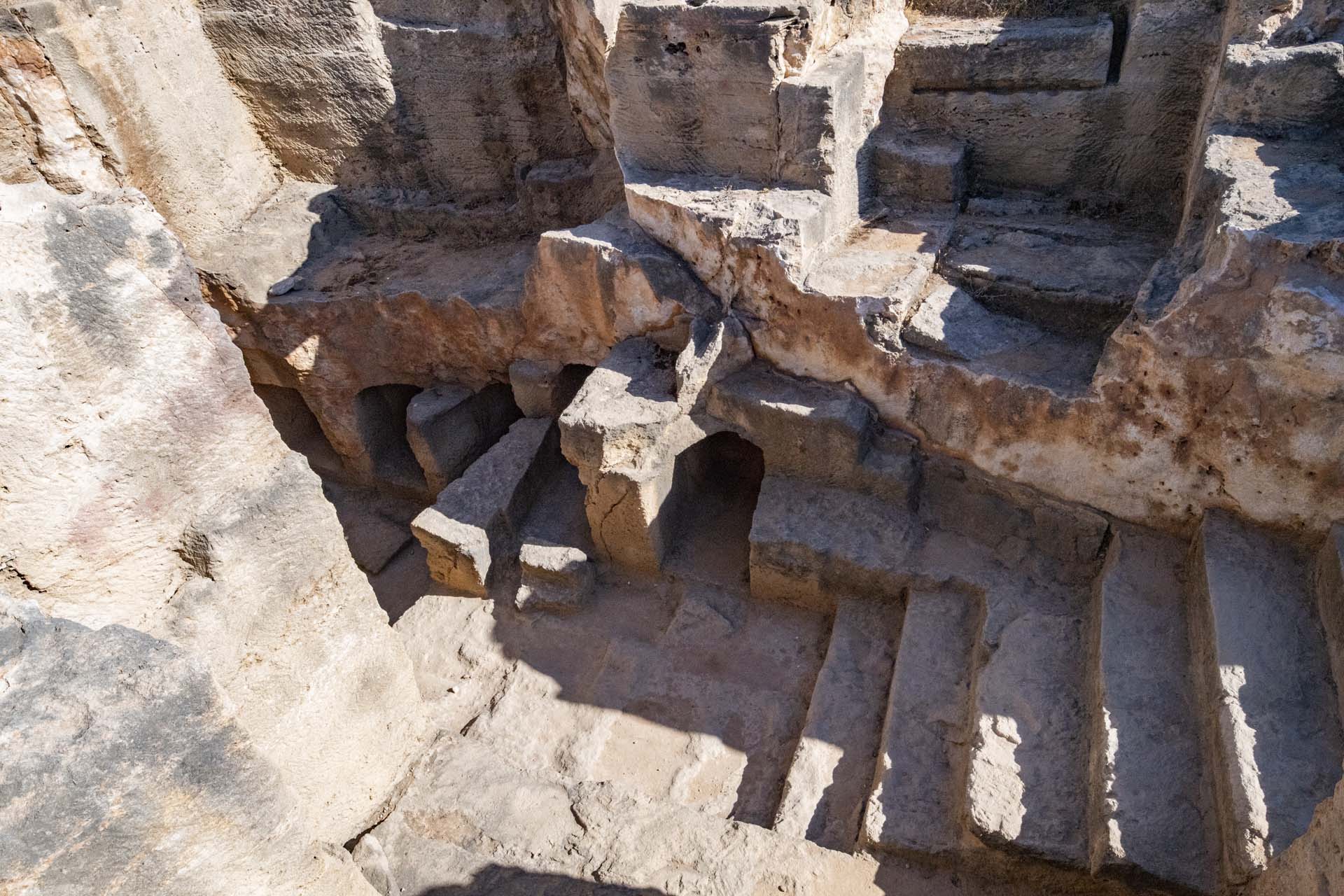 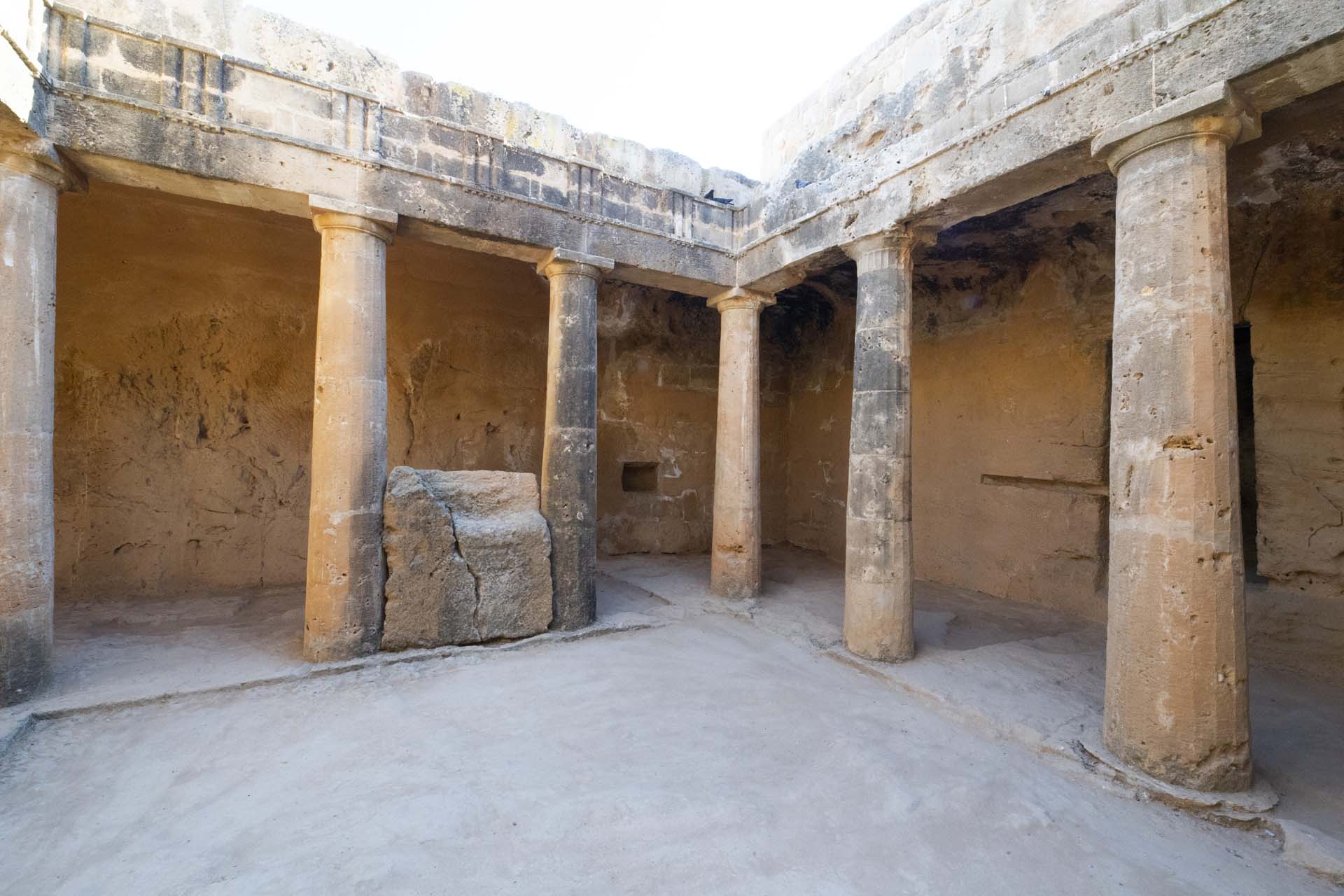 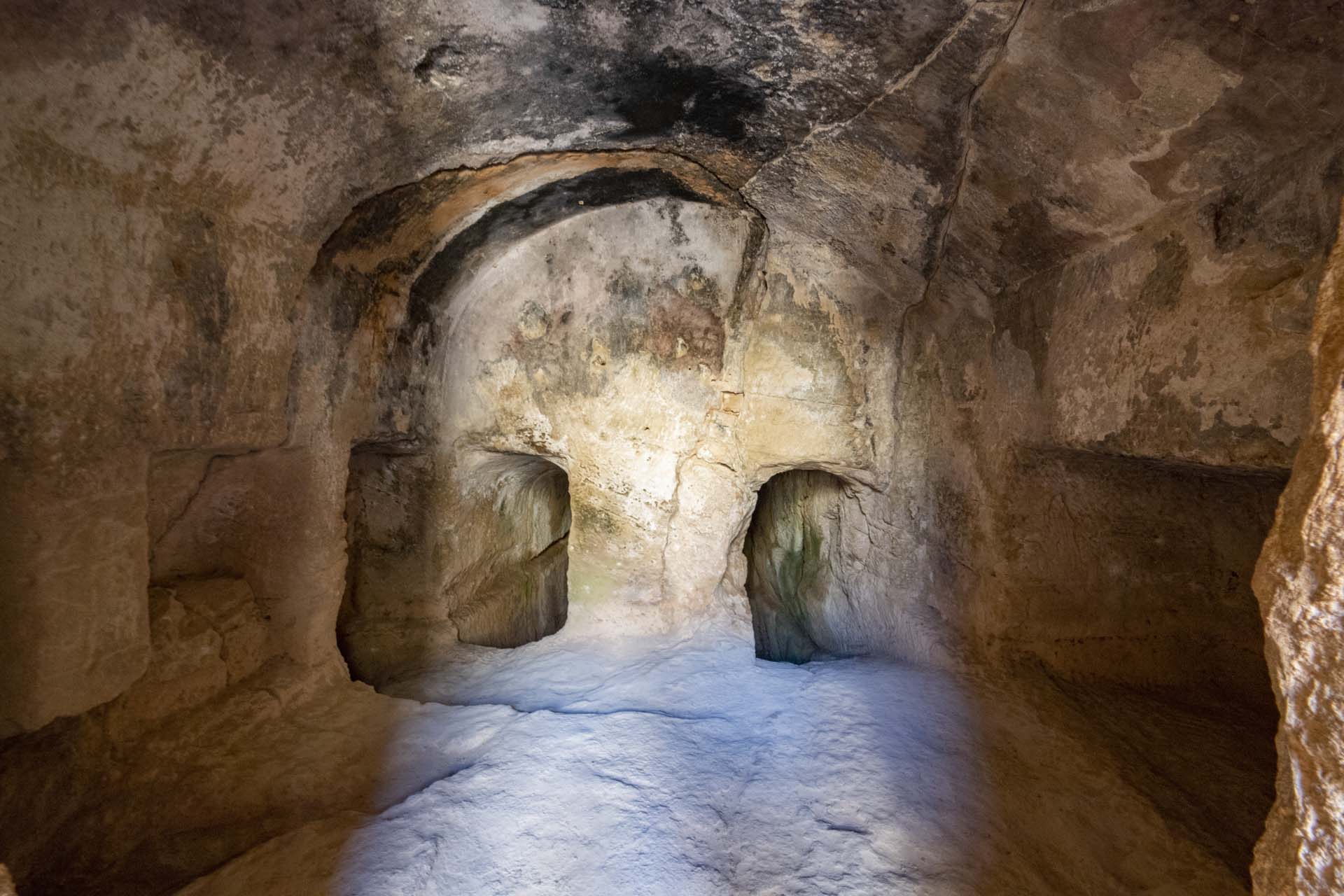 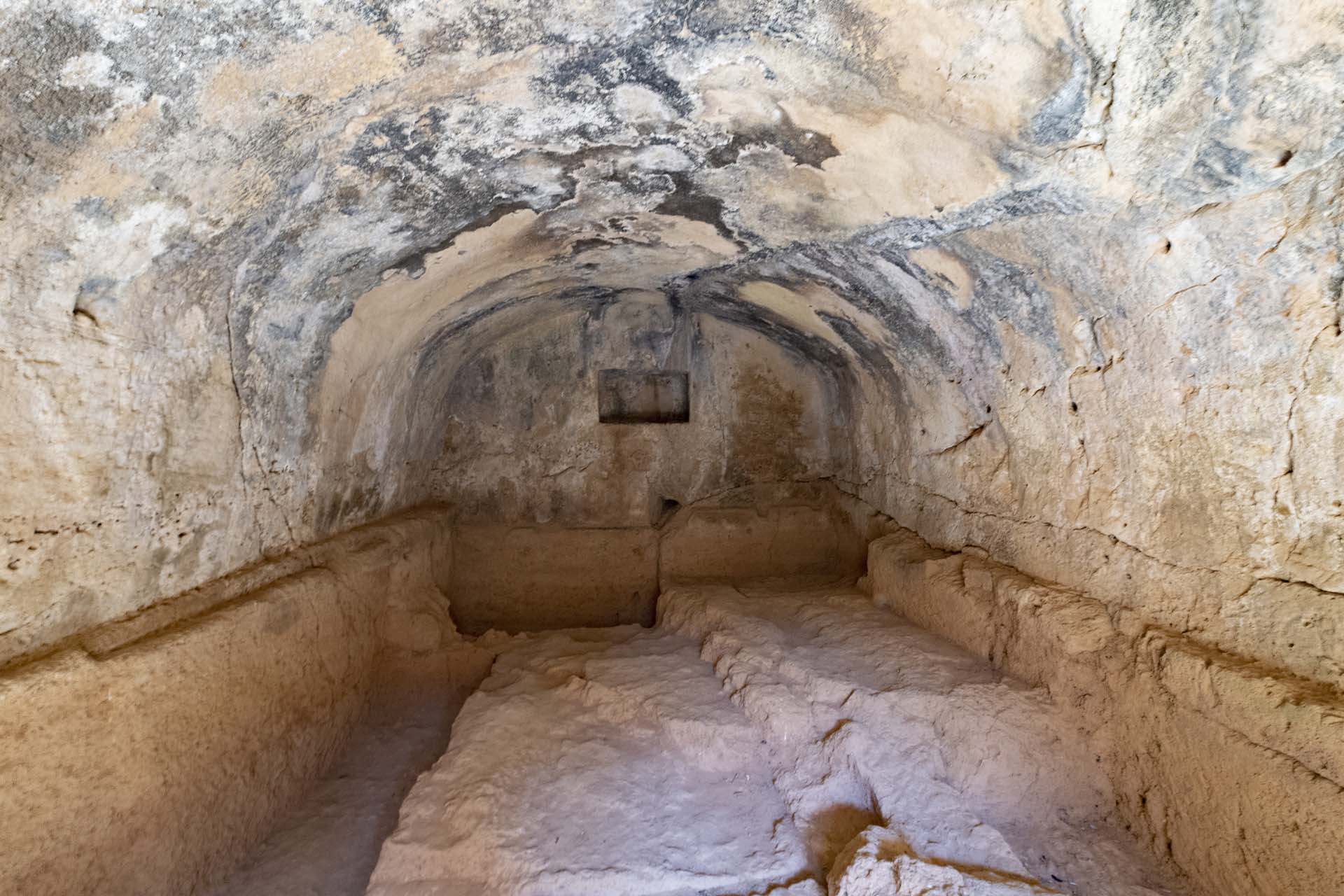 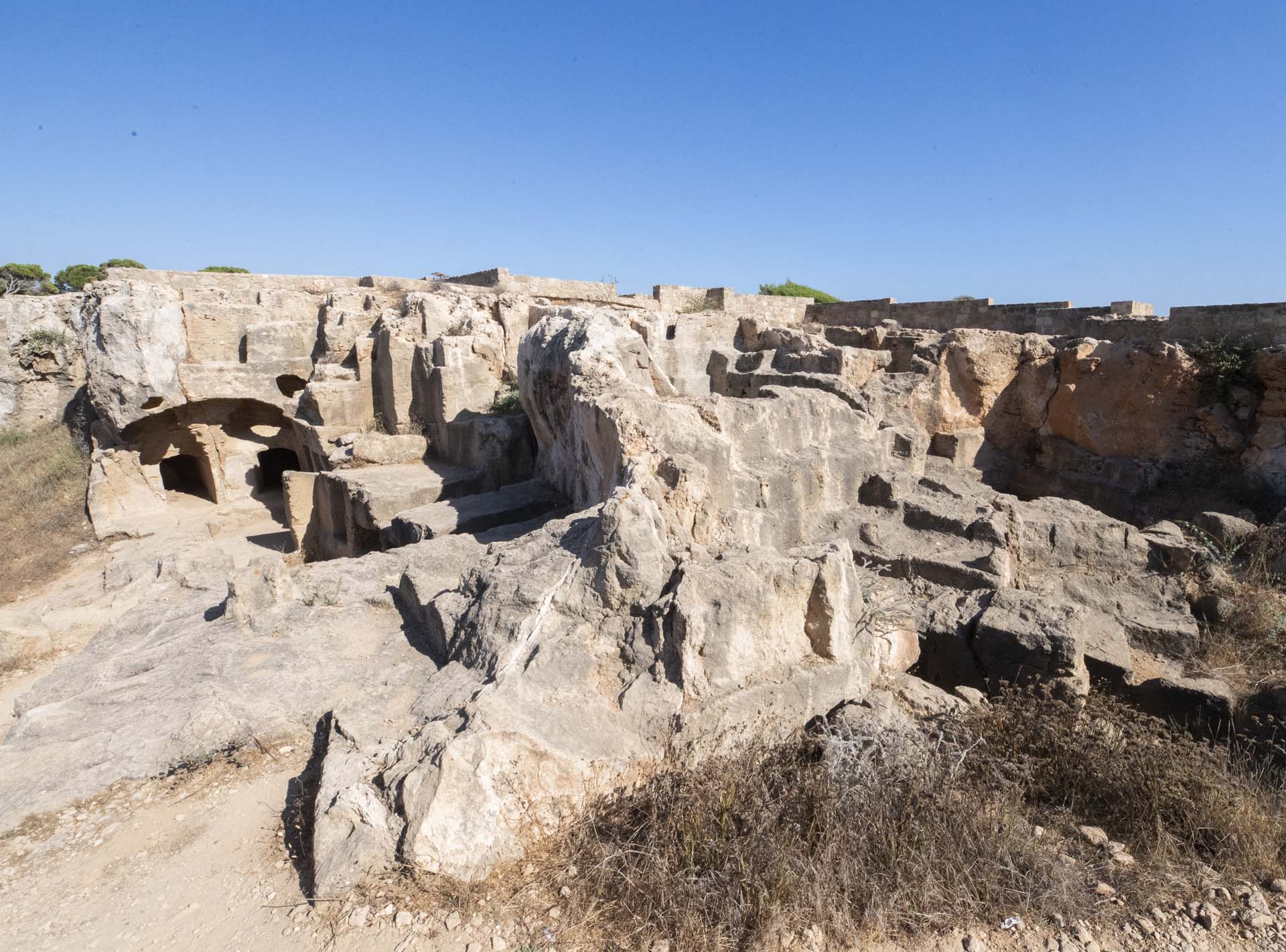 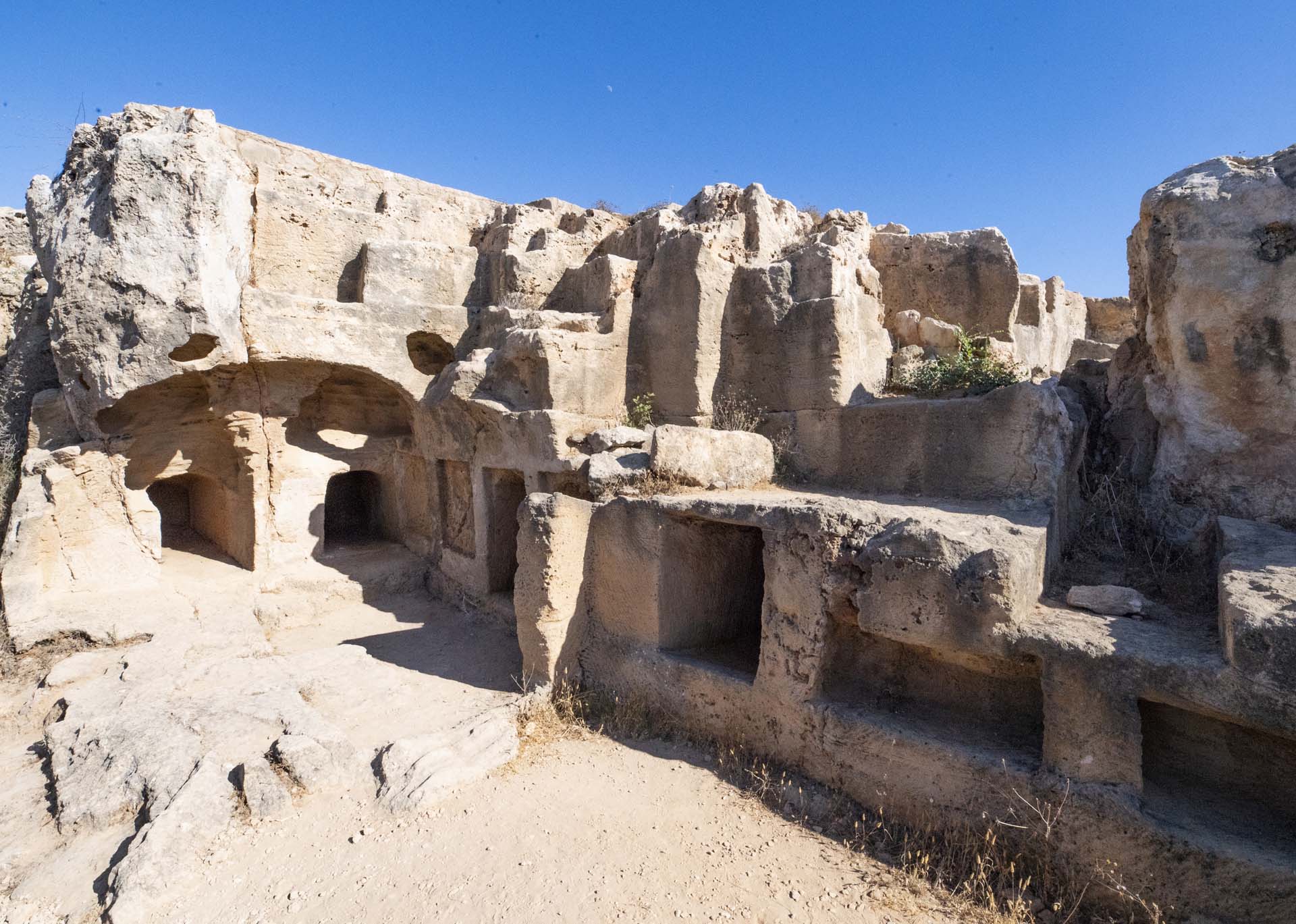 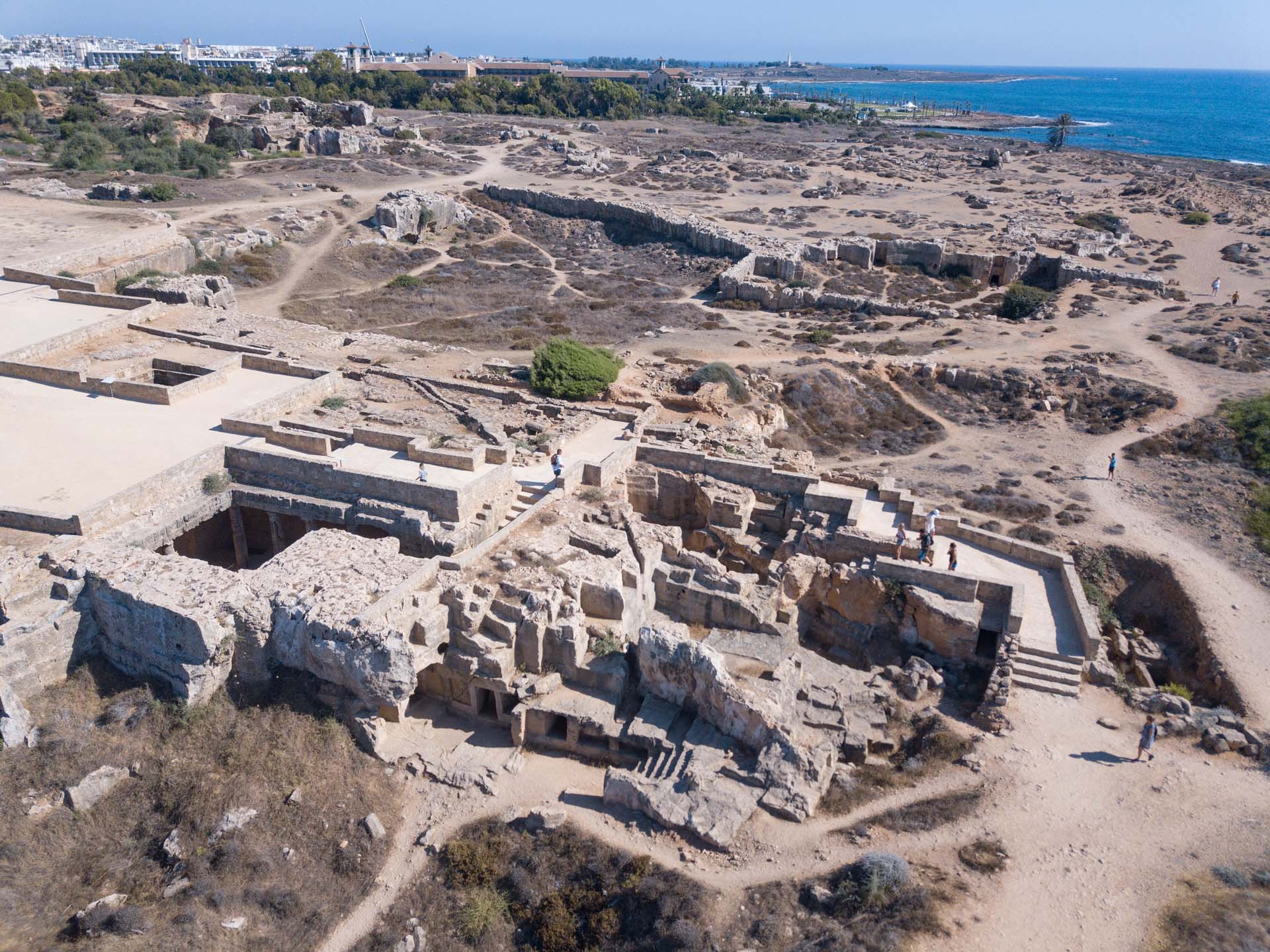