The Greek High School of Paphos was founded in 1905 and was housed for years in one of the beautiful neoclassical school complexes on Griva Digeni Street. This stone-built building was built in 1929 and is the oldest secondary school in Paphos. It was built with the donation of Nicholas Nikolaides’s benefactor and was named in his honour as the ‘Nikolaos Nikolaides Gymnasium’ known to all of us today as the Nikolaideio Gymnasium of Paphos. The building is a work of Cypriot engineer Theodoros Fotiadis and has a P-shaped floor plan to the open back area, while the façade is solid on the front. At the central entrance is a propylaeum with a gable roof and a rear arcade.

The brilliant personalities of Paphos who associated their name with the school are: Mayor Nikolaos I. Nikolaides (1920-1943), who with his great donations to the Greek Gymnasium of Paphos and the services he offered from various places and especially from the position of president of the Paphos School Board, played an important role in keeping the school high and fulfilling its high spiritual purpose, Paschalis Paschalides, the school’s headmaster for 28 years (1915-1943), and Loizos Filippou, the great spiritual man who donated his library to the school. There are two marble busts of both N. Nikolaidis and P. Paschalides that adorn the school entrance. Finally, The Nikolaideio Gymnasium is also known for its heroic students, who were present in all the struggles of Cypriot Hellenism. Among them was the great hero Evagoras Pallikarides who sacrificed himself for his country. 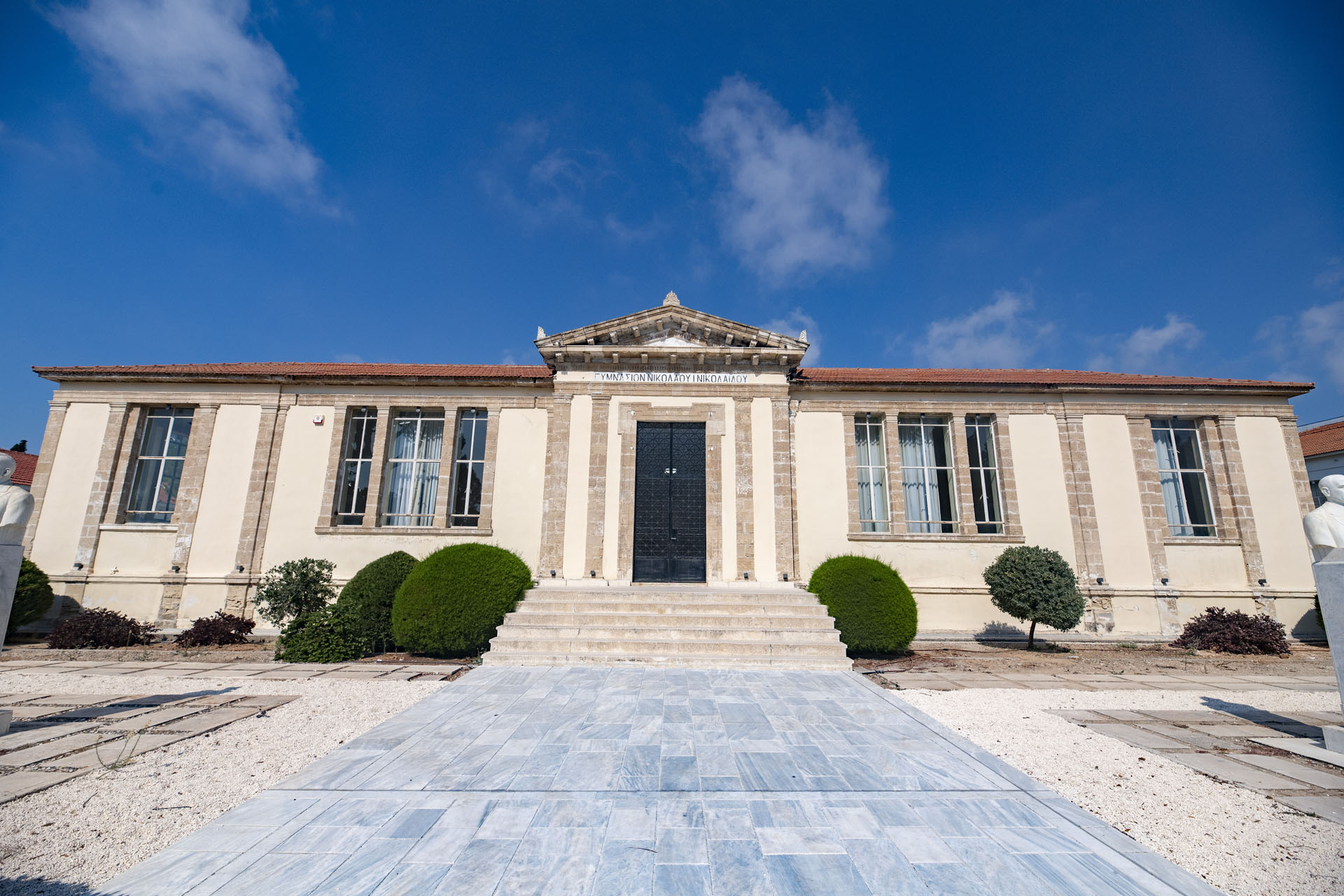 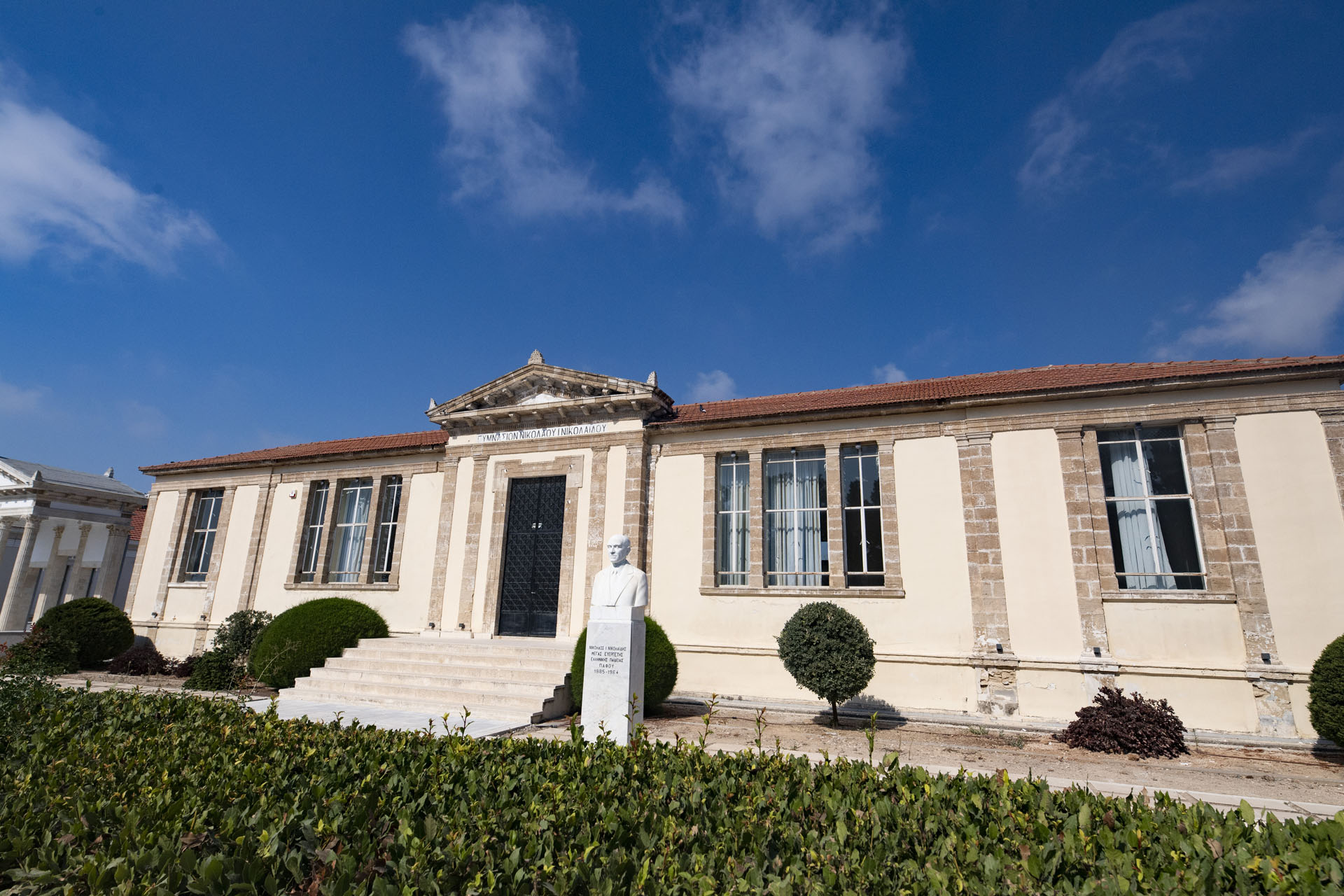