You will find it at the junction of 25th of March Street and Georgiou Griva Digeni Street, behind the municipal mansion and municipal gardens. The small, triangular square was named after our national poet Dionysios Solomos, whose bust adorns its open space today. Made of Pentelic marble, this bust is made by well-known Greek sculptor Vassos Falireas. At its base are the lyrics of our national anthem ‘Hail Oh Hail Freedom’, while there is an ancient Greek lyre engraved. The bust and its base were made at the expense of the Pafos Naturalist Spiritual Group and the inauguration was made by Archbishop Makarios III in May 1974. 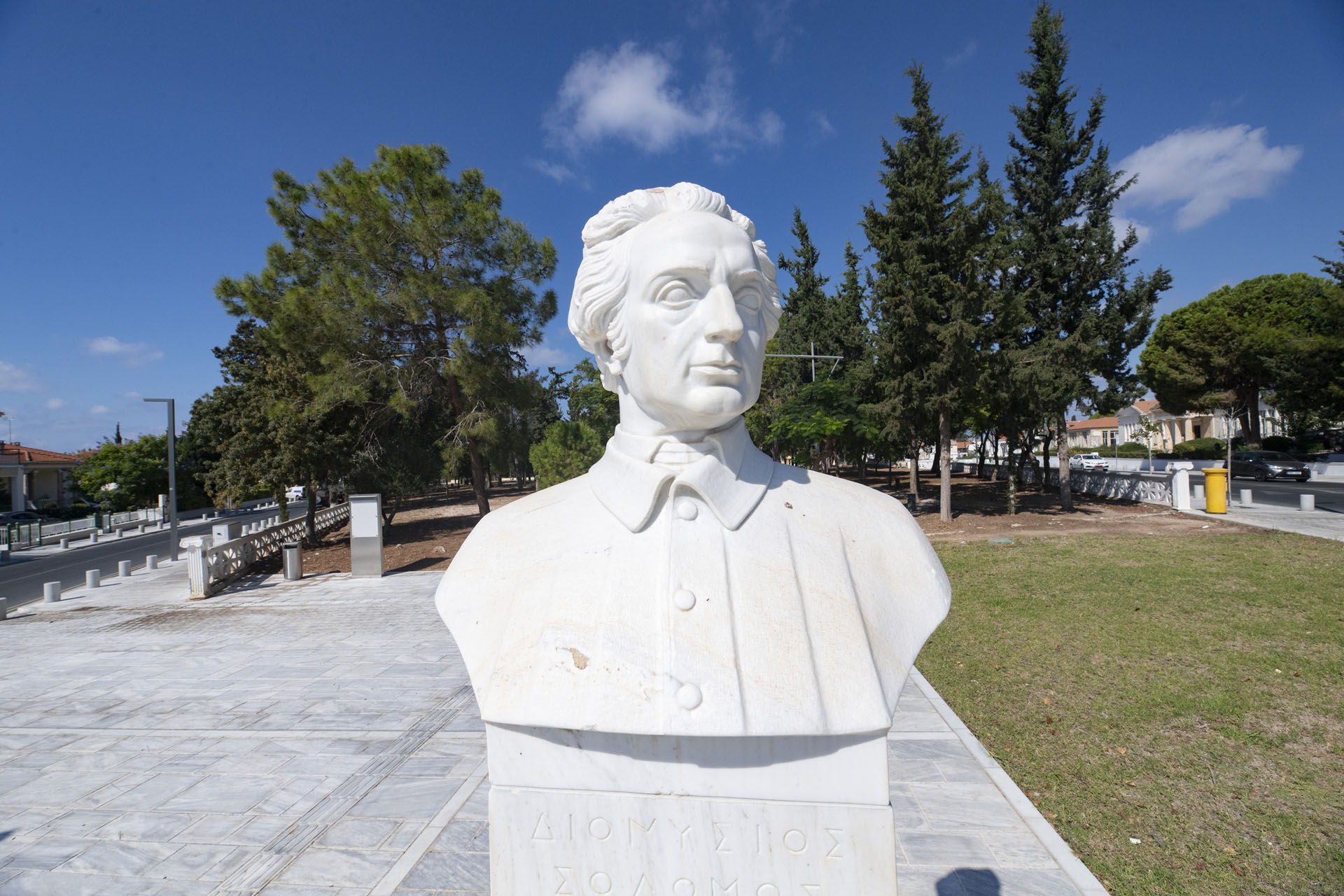