Crossing Georgiou Griva Digeni Avenue opposite the First Lyceum of Makarios III, we come across a bronze statue of supernatural dimensions that reaches 3 metres. The sculpture was erected here to preserve the memory of the young Greek Cypriot militant from Tsada Paphos, who was hanged on March 14, 1957, at the age of just 19. Today E. Pallikaridis (1938 – 1957) is portrayed with his eyes on the school he was studying, holding a gun in one hand and a book in the other, signifying his two qualities, the student and the militant. Prior to finishing school, he joined the EOKA youth, whose aim was to liberate Cyprus from British colonial rule. At his feet the rope of anguish refers to the way he was killed, but at the same time the way he overcame death, after his execution passed into eternity. Evagoras Pallikaridis was the last EOKA fighter hanged.

At the bottom of the statue, an inscription tells us it was created on the initiative of the homonymous sports club at the expense of the family of Greek expatriates from South Africa, Louka Pouroulis. 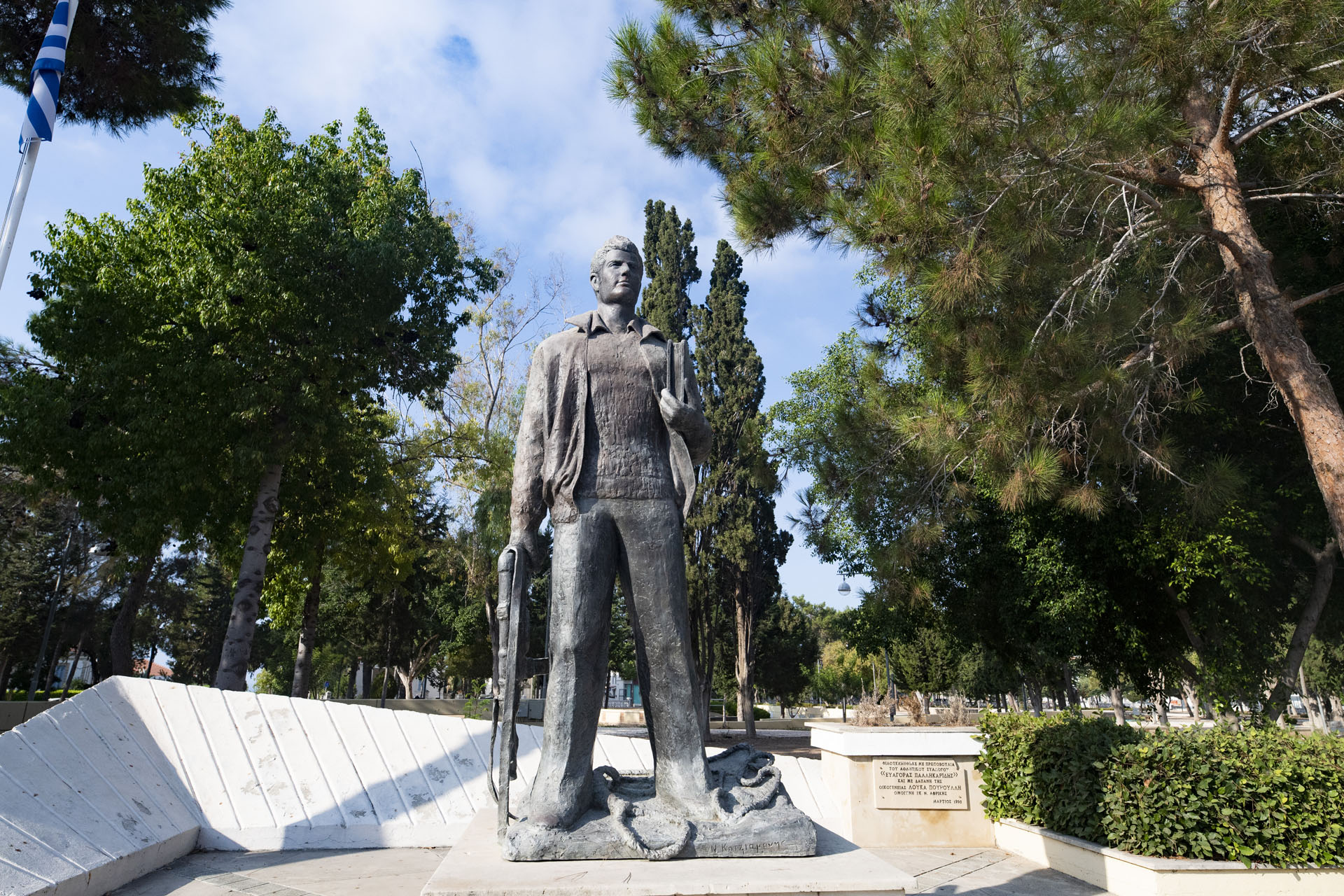 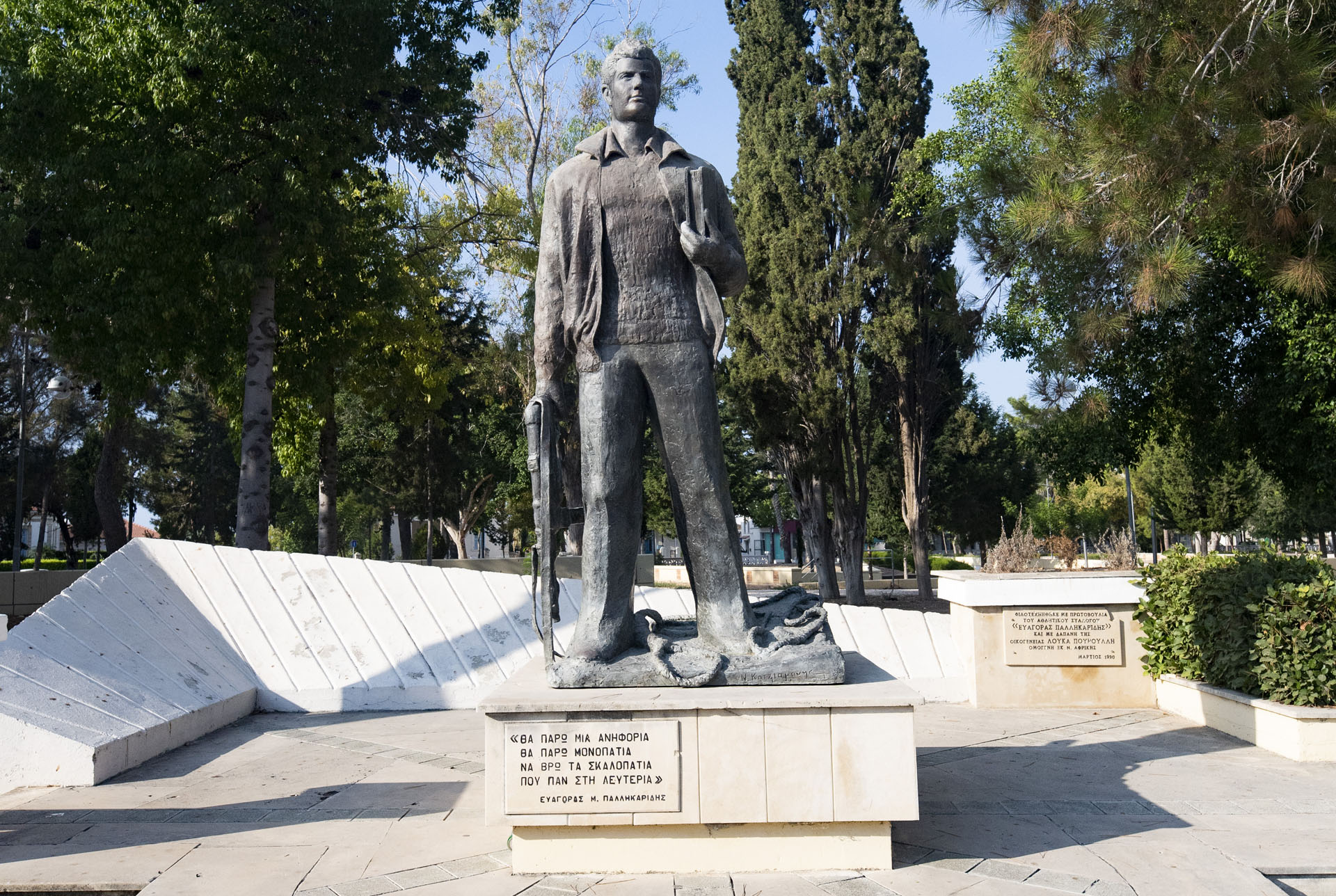 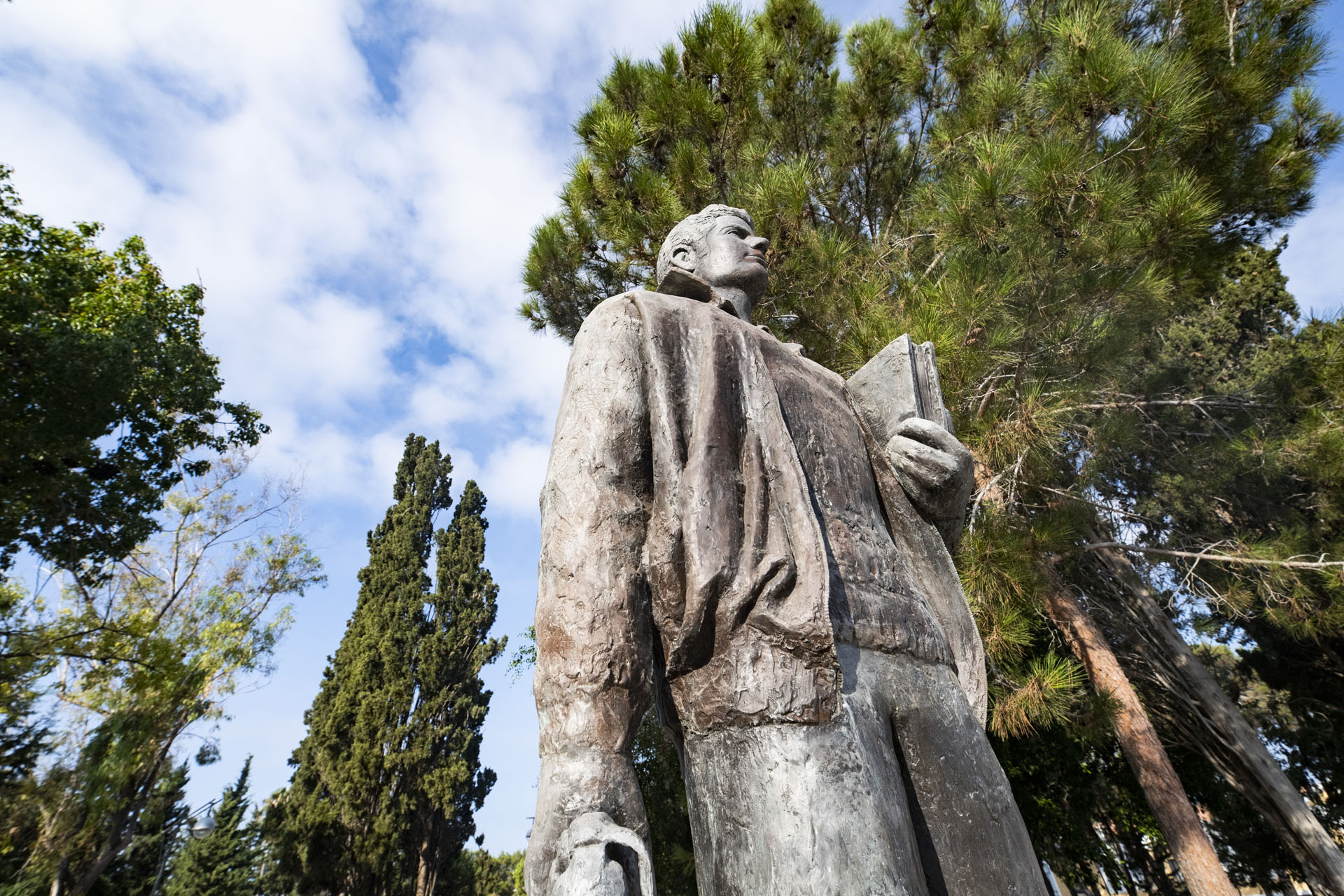 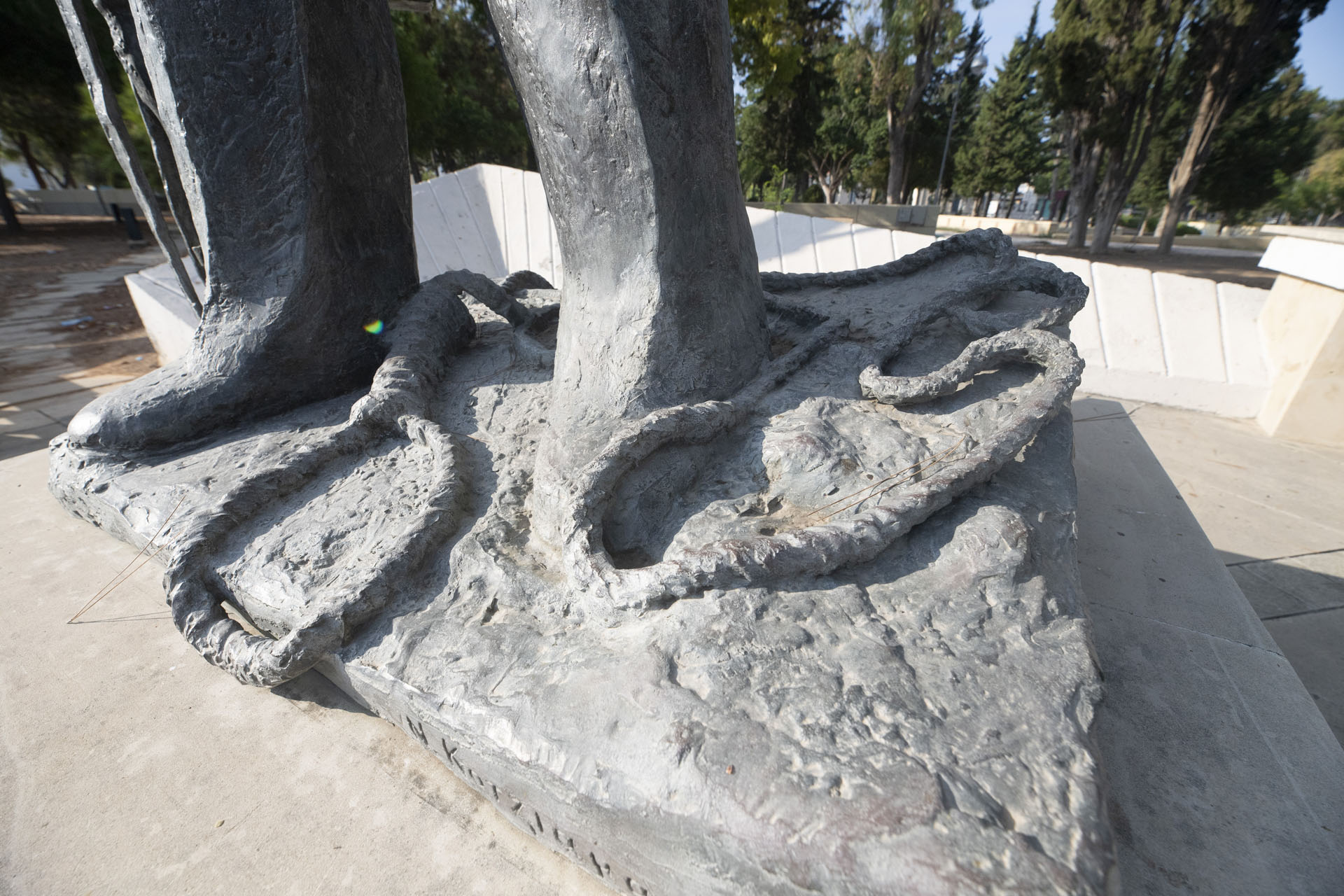