The renovated building complex near the historic centre of Paphos between Vasilissis Olgas, Konstantinou Kanari and Pavlou Chrysanthou Streets is today a popular meeting place for locals and visitors to the city. At the same time, it is one of the most overwhelming and historic buildings in Paphos.
The original core of the complex we see today, was built around 1860 to serve as a hotel offering accommodation to travellers who travelled by horse, cart or on foot from province to province. It was known by the name of ‘Hani tou Ibrahim’ (The Inn of Ibrahim) it was also called ‘Hani tou Braïmi’, it was one of the three Inns operating in Paphos at the time. According to testimonies, it was owned by Dimitris Hadjiseimenis and then passed into the hands of Ottoman Mustafa Ahmet Rashid, who rented it to fellow ottoman, Kiamili.
It was a magnificent, two-storey building with an inner courtyard, around which the rooms were built. On the ground floor were stables for the animals of the travellers, while the rooms were on the first floor. Within the Inn, there were also a small shop, a café, a kitchen, as well as a workshop for a farrier.
The Inn operated continuously until the mid-20th century, and in the 1950s, its premises were converted into workshops. However, at the beginning of the next decade, the bloody inter-communal conflicts of ’63 – ’64, marked the eventual abandonment of the building. Along with this, the entire surrounding area, today’s Pano (higher) Paphos, was also deserted.
Since 2019 Ibrahim’s Khan has been restored, with the co-financing of the European Regional Development Fund. The building is divided into three areas, which communicate with the inner courtyard and serve different uses. One part is used as event venues, the second for commercial activities and hostels and the third part is used for exhibit rooms, where the Municipal Art Gallery is housed. Finally, a wooden platform in the courtyard has been installed for outdoor performances. 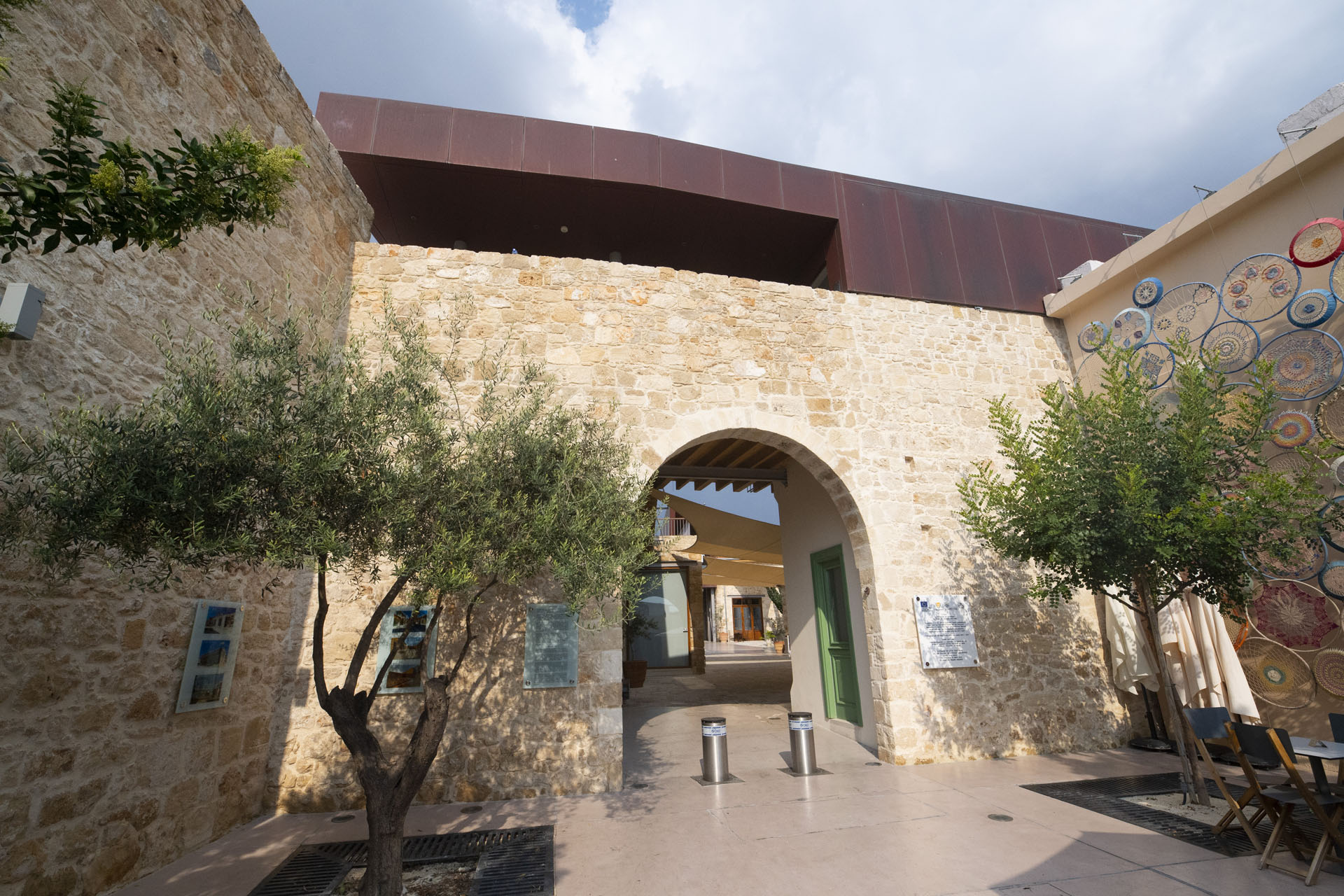 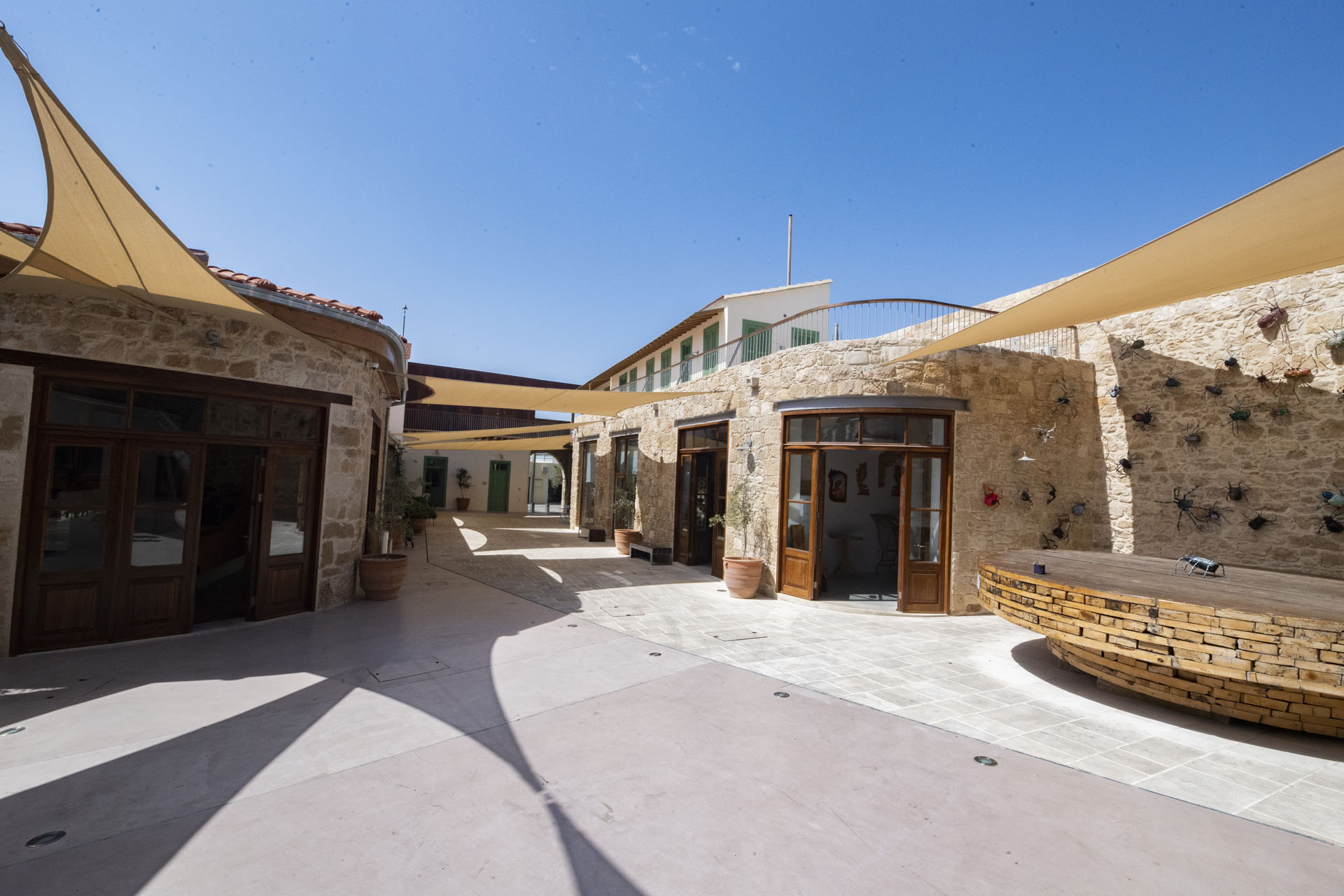 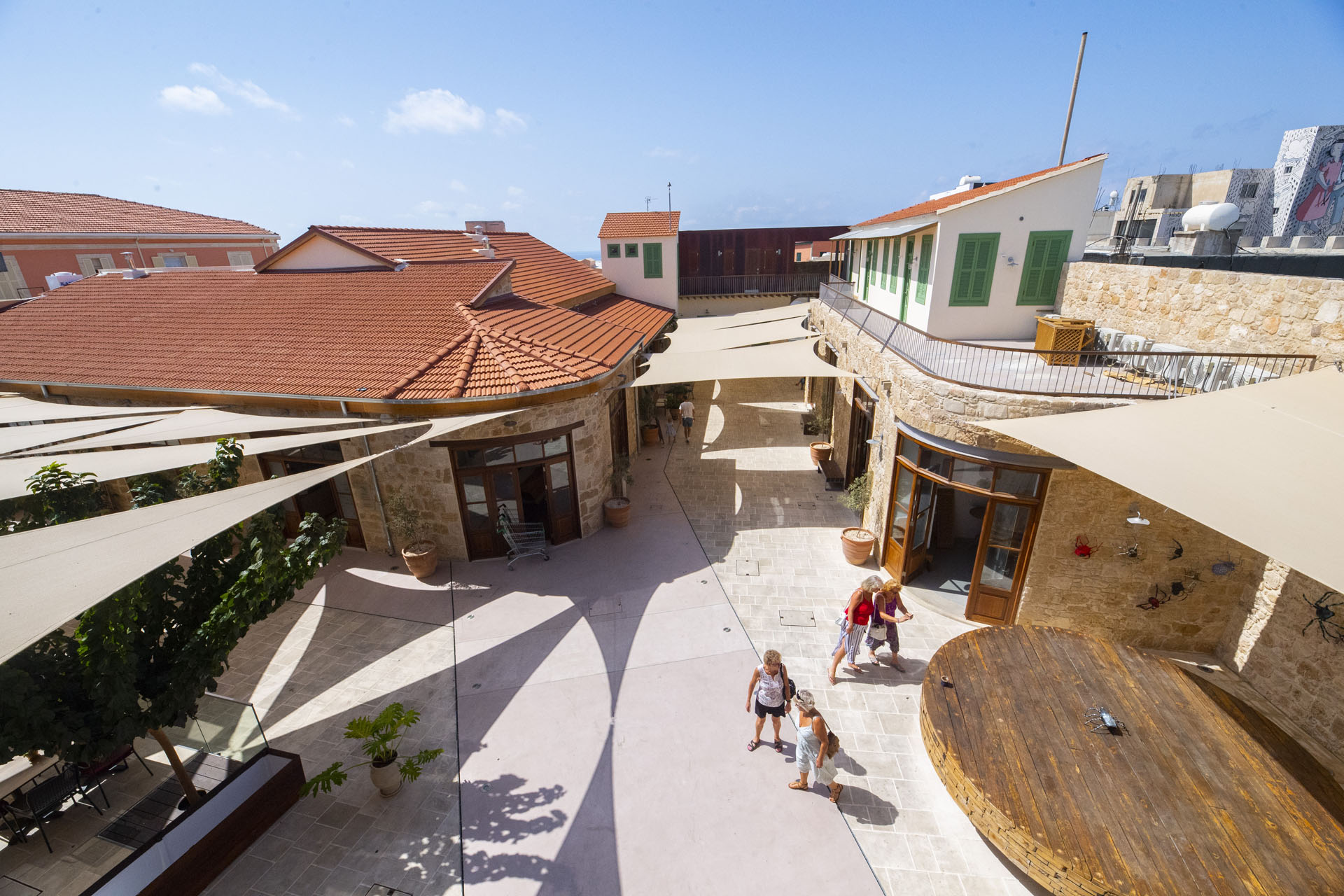 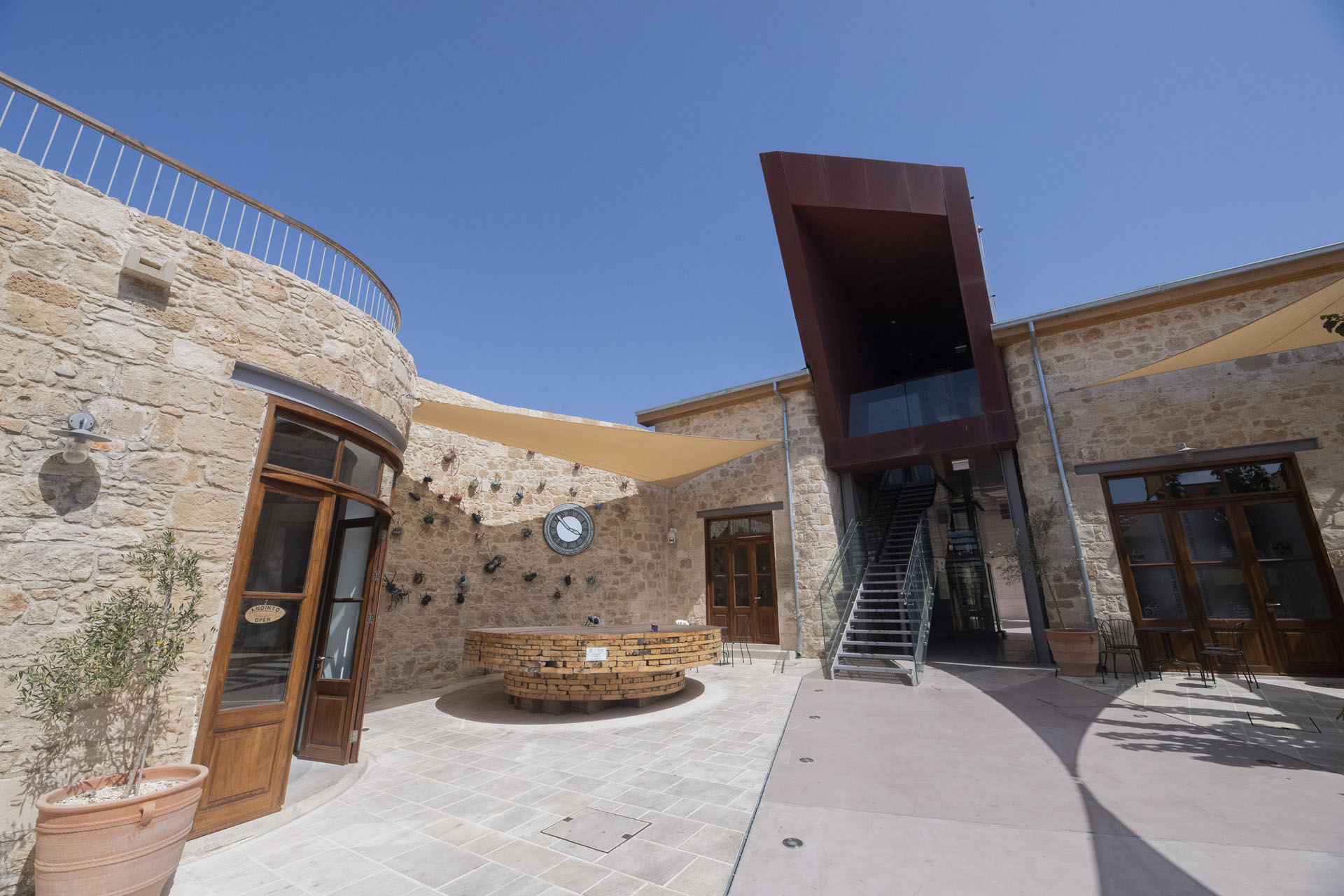 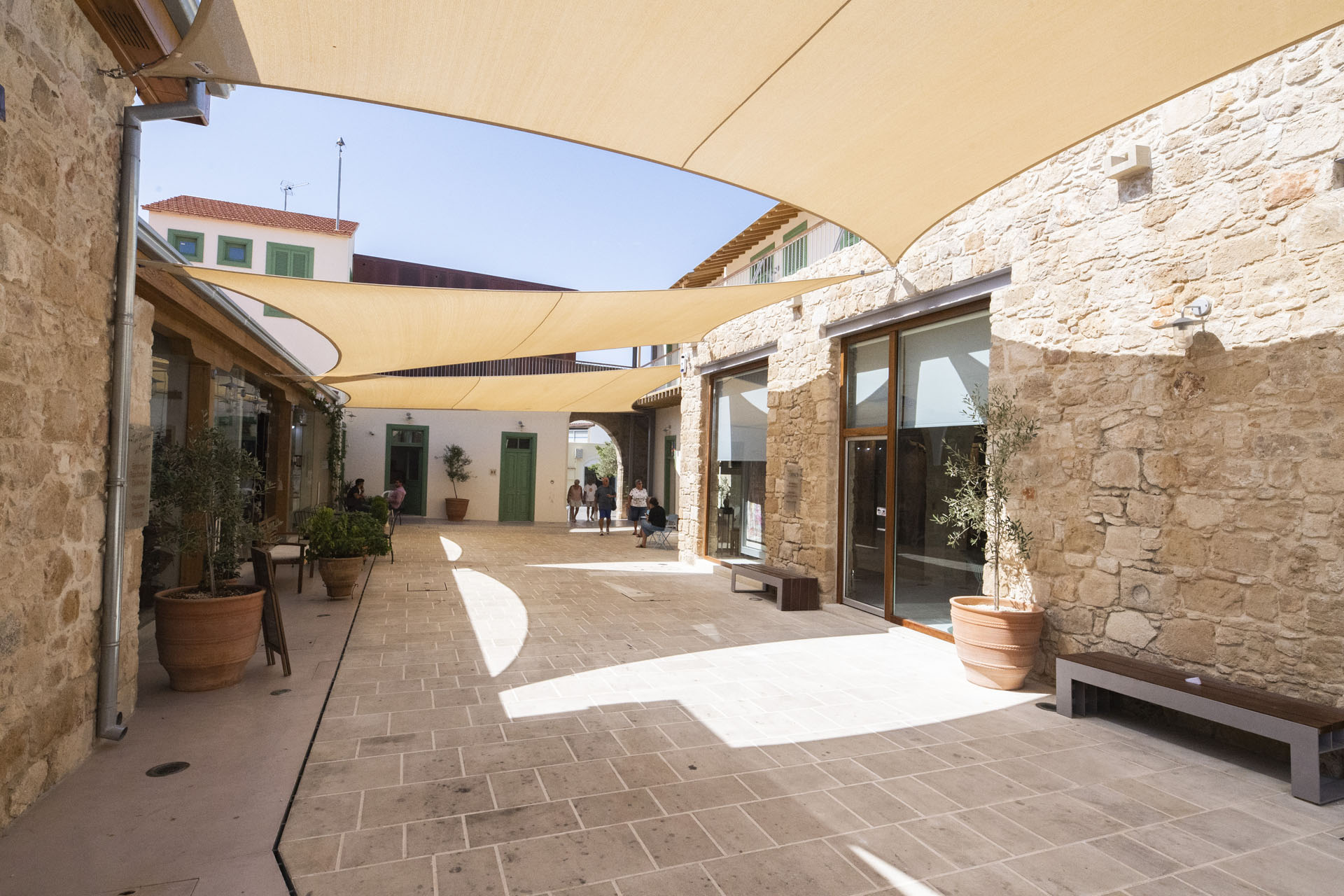 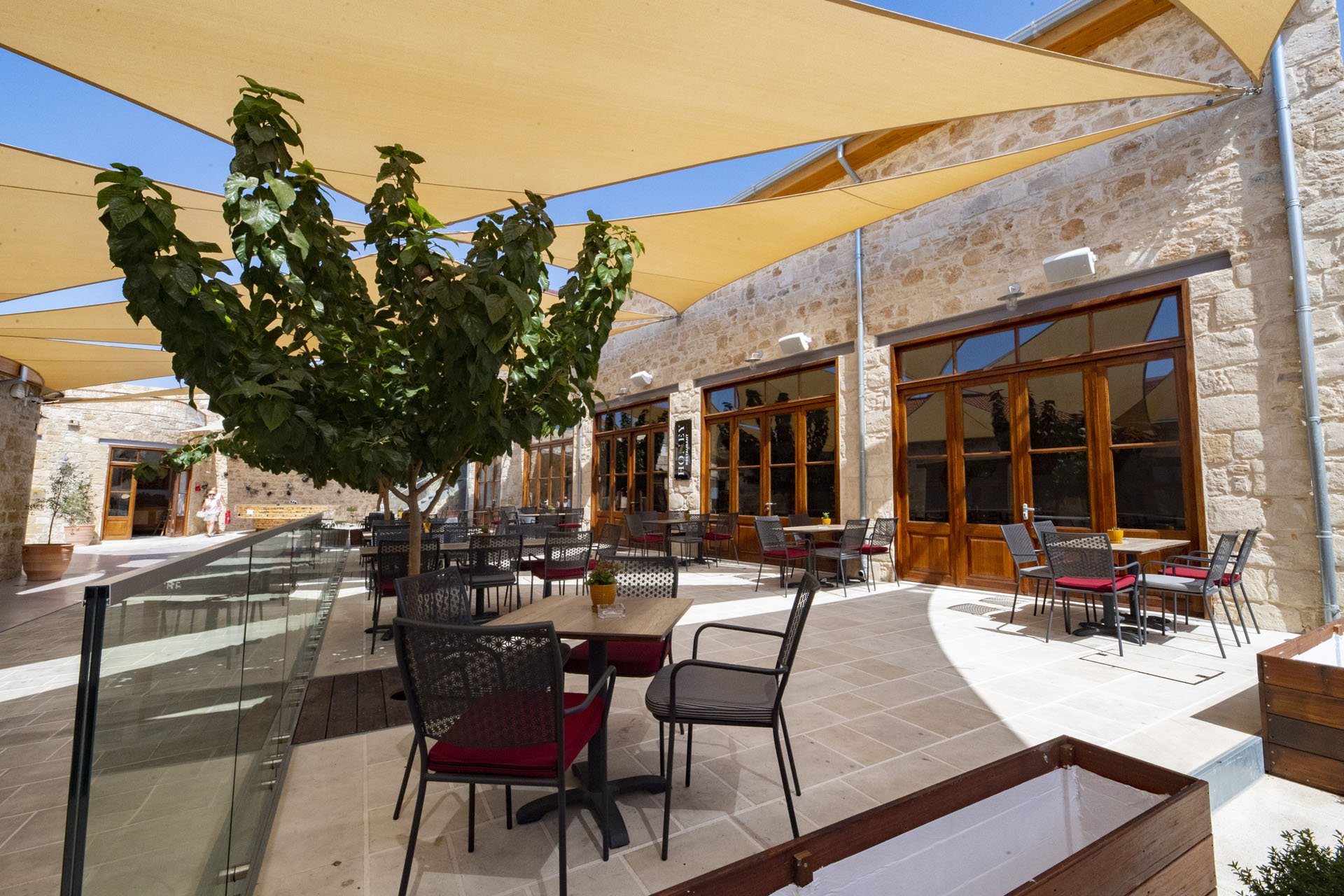