The Catacomb of St. Solomon

The Catacomb of St. Solomon

One of the most popular pilgrimage sites in Paphos, well known since the 15th century, as surviving manuscripts of the time testify. Located southwest of the Fabrica hill, it is a church – cave dedicated to St. Solomon, or Hanaa, the mother of the 7 Maccabees.
This cave is part of a complex of 4 underground caves, carved around a patio. Their construction was made before the advent of Christianity in Cyprus and goes back to Hellenistic times without any certainty, in order to serve burial practices. Later, according to local traditions, the site housed the ancient synagogue of the Paphian Jews, while in later times with the prevalence of Christianity on the island, it was used by hermits.
Of these four halls, the east has been converted into a church and is one of the oldest in Cyprus. Inside, still surviving, are the remains of a rudimentary built iconostasis that separated the main church from the Holy altar. The sides of the cave were decorated with frescoes, which are still preserved albeit in fragments today and date to the late 12th century. Of these, the depiction of Christ’s Beatitudes on the arch is one of the earliest scenes of this kind in Cyprus. Later engravings with Greek and Latin characters on the frescoes, dating from the 15th-16th century and in the 17th century respectively.
Further down the carved chambers, following the staircase to the atrium, we find a natural underground cave, where there is a well with water, which is believed to have healing properties. Here, local tradition has the Saint testify with her seven sons. However, as the introit (apoliticus) informs us (D. Maccabaeus, a, 7, iv. 4), they all died together in Antioch in 186 BC by the Greek king of the Hellenistic Seleucid Empire, Antiochus Epiphanes (215 BC – 164 BC).
St. Solomon is the only pre-Christian witness who has been sanctified and her memory is honoured by the Greek Orthodox Church every 1st of August. On her feast day, it is accustomed by the faithful to tie a piece of cloth in the Terebinth tree, which grows outside the church, invoking the help of the Saint for healing from diseases. 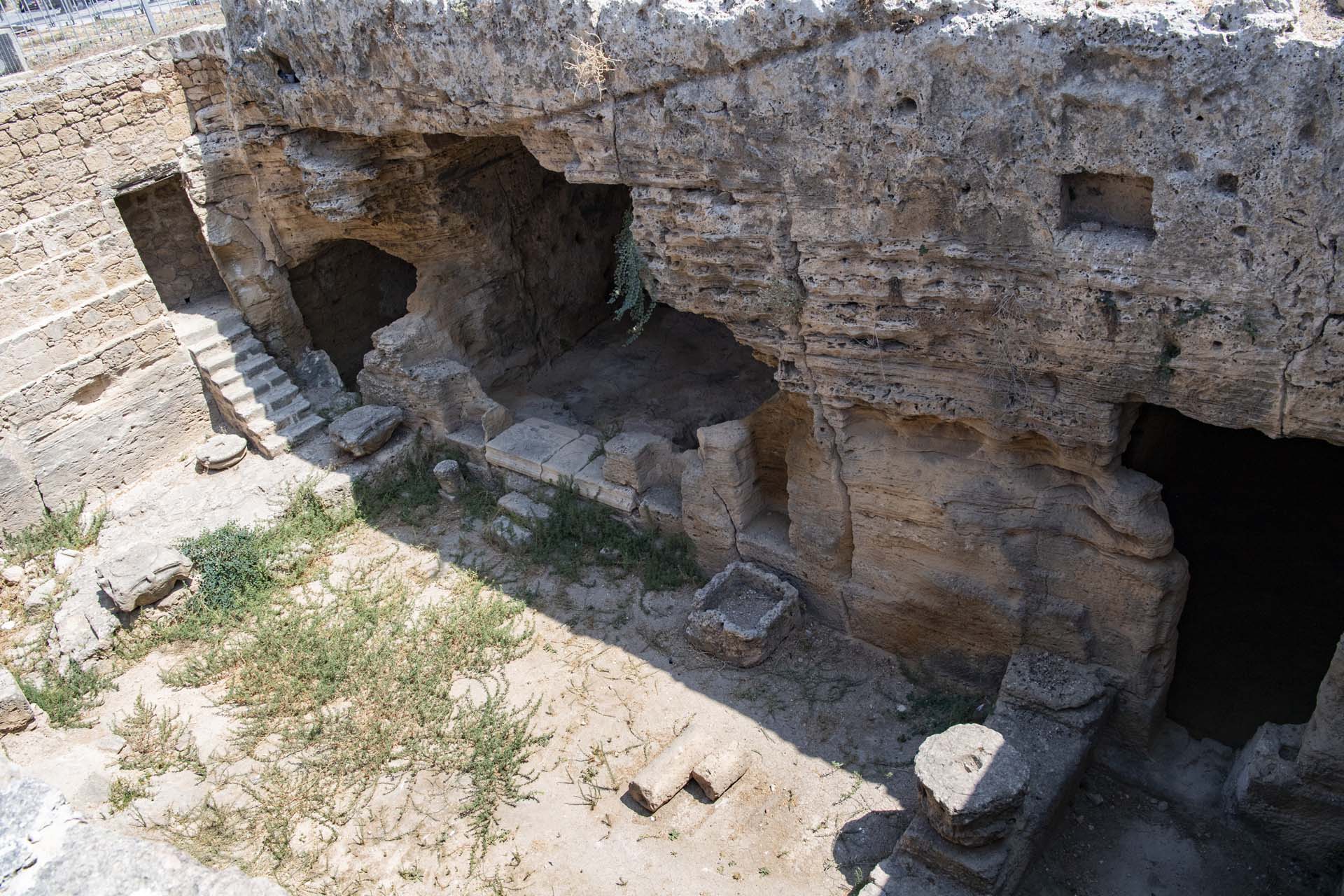 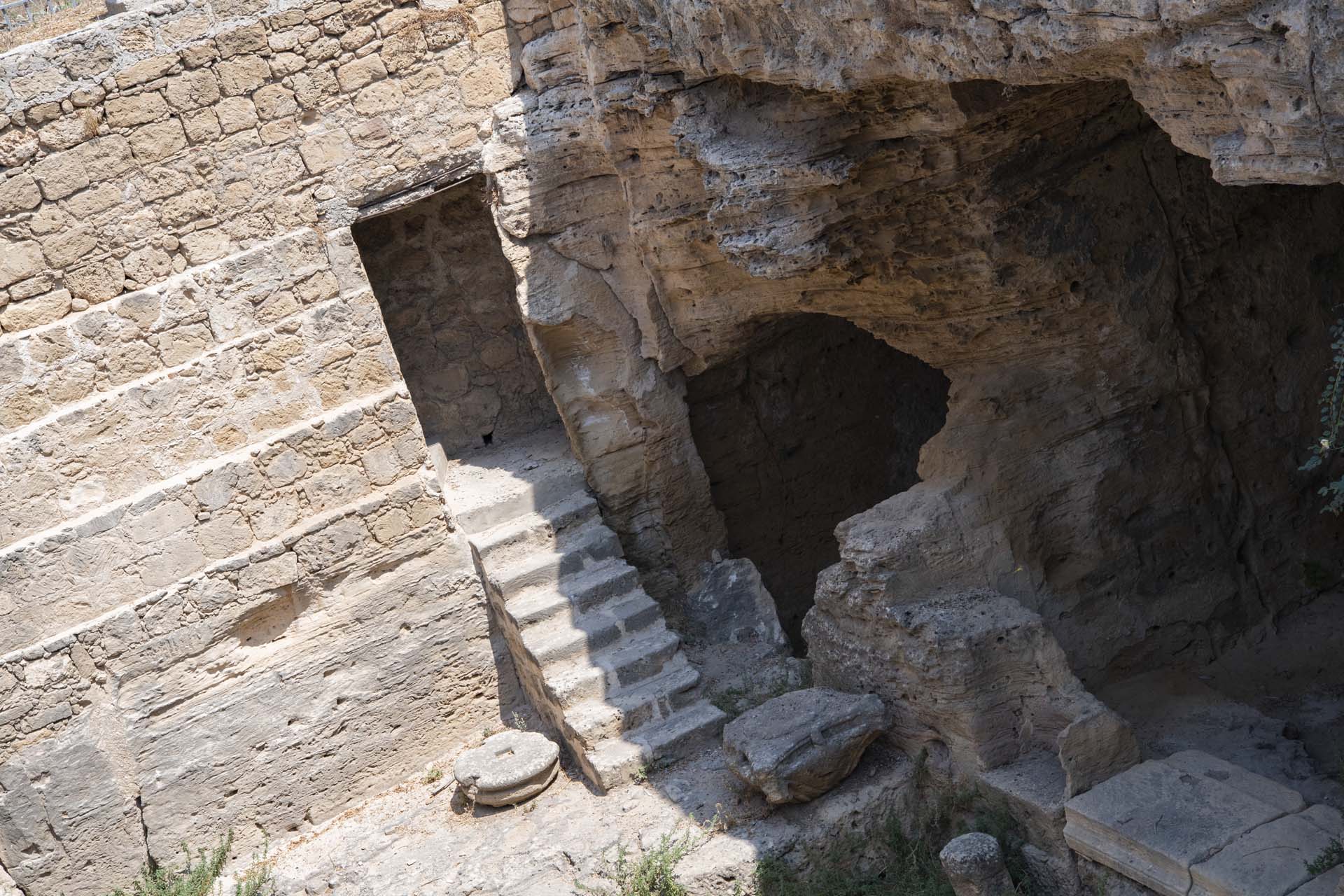 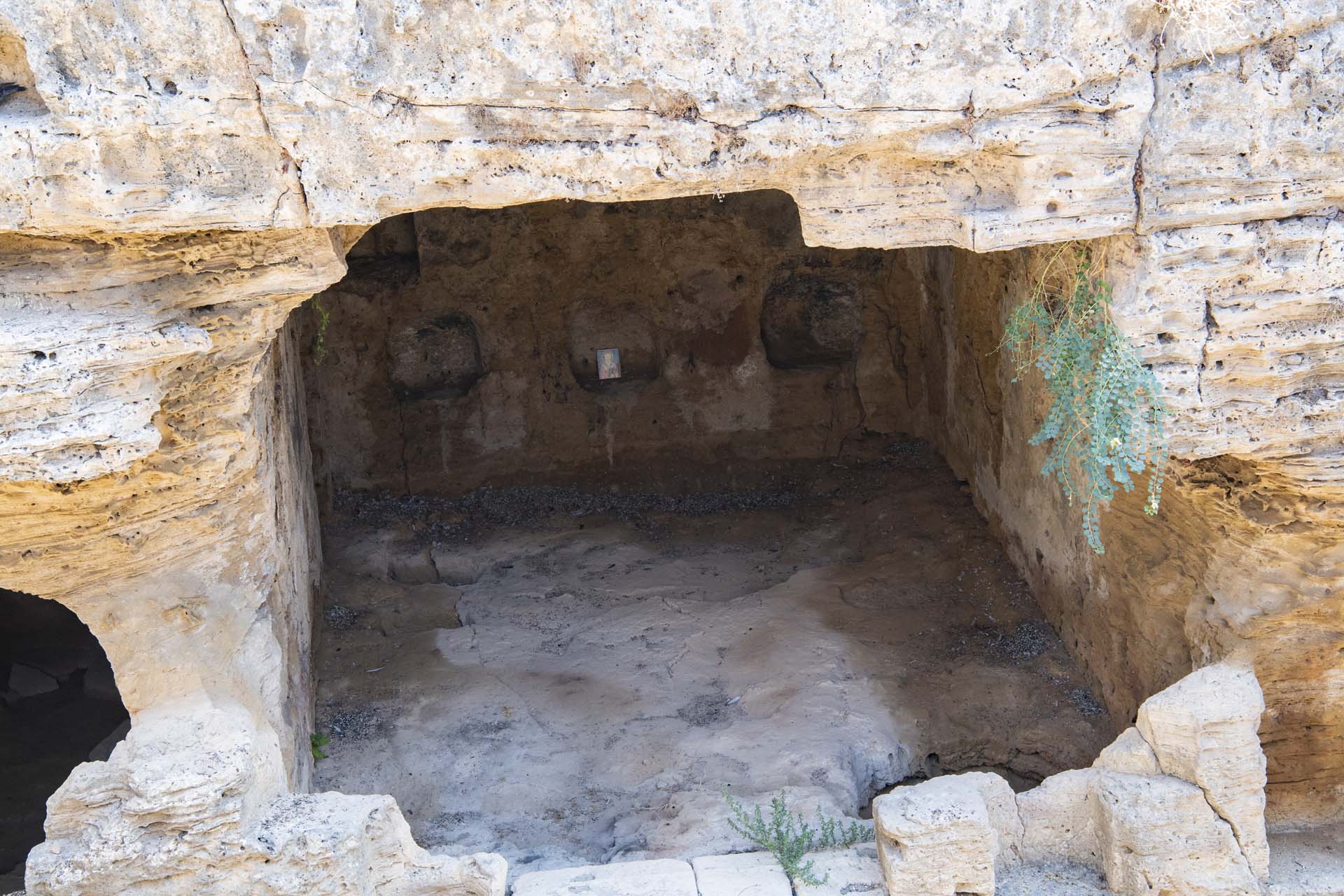 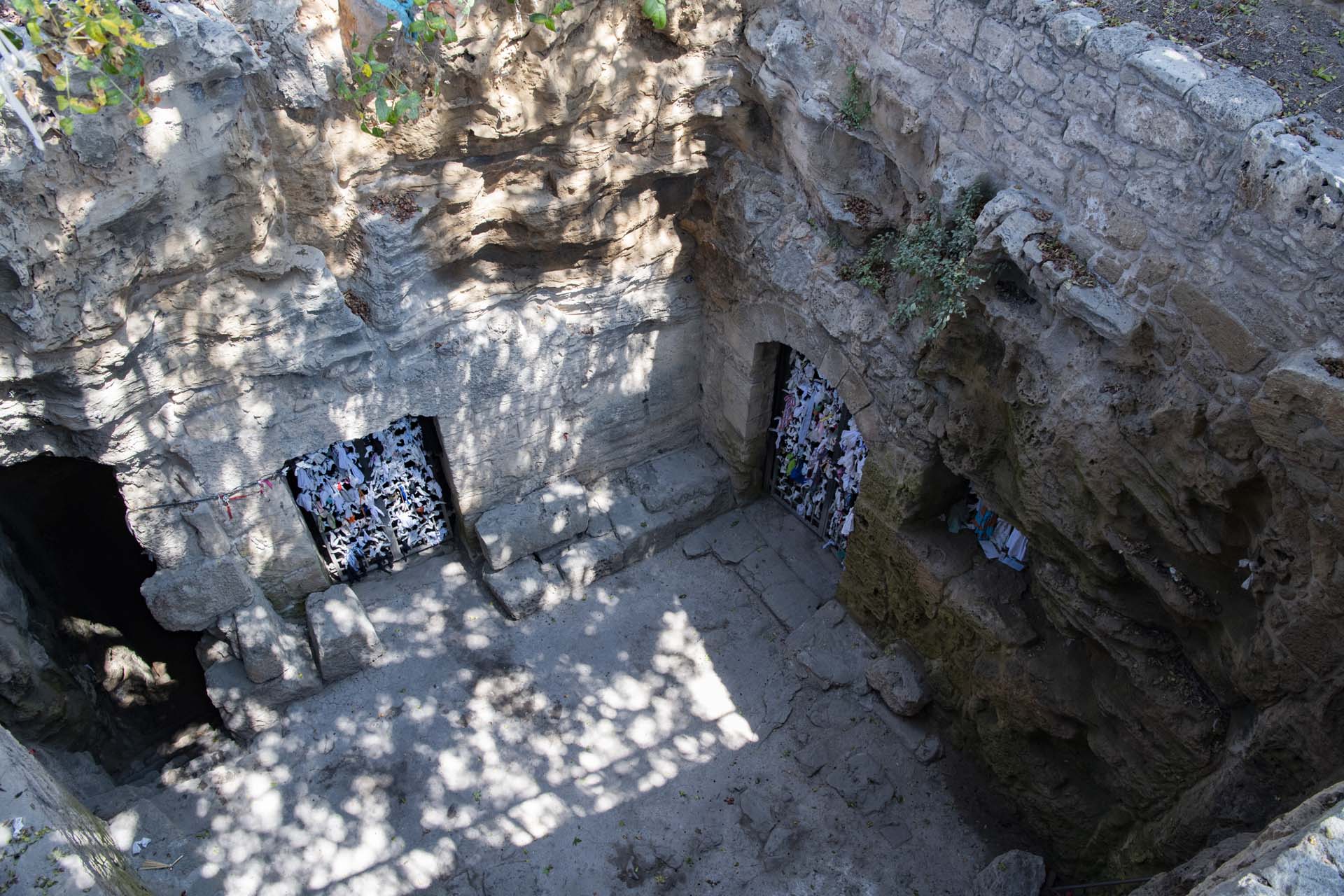 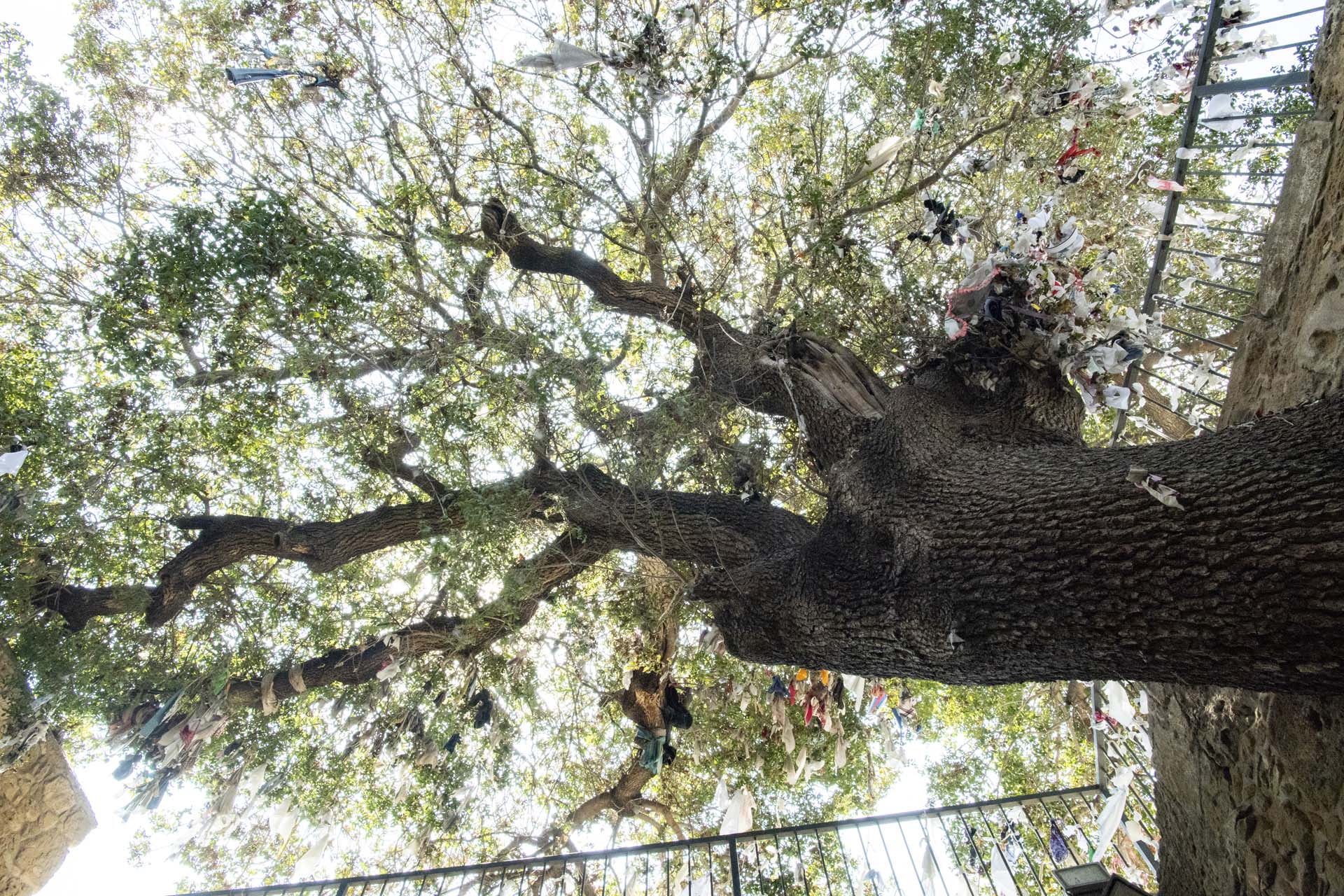 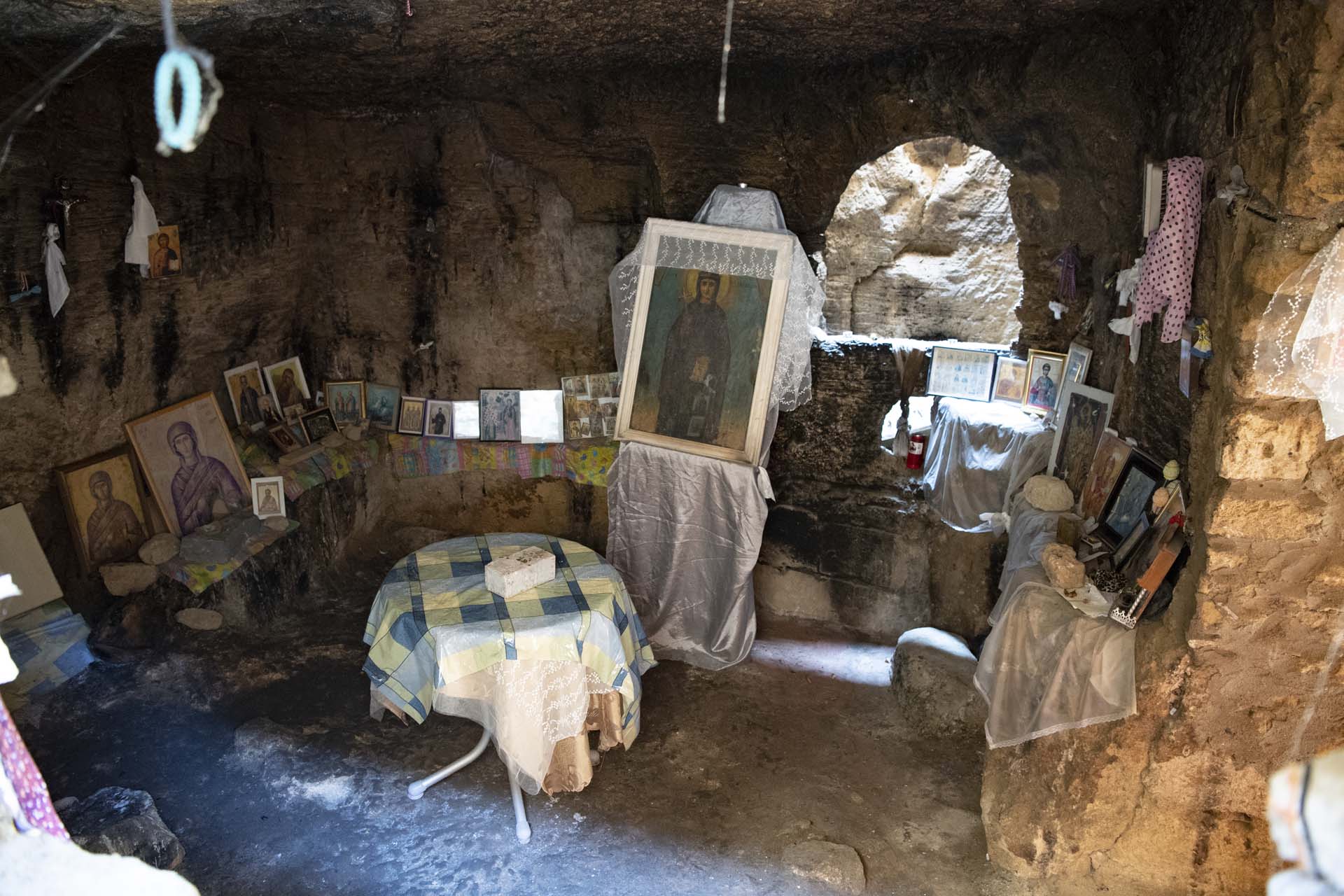