The imposing church dedicated to Saints Anargyri is located in Kato Paphos, where Agapinoros Avenue meets Agii Anargyri Avenue. Its construction began in 1980 and was inaugurated on July 1, 1994 by the Metropolitan Paphos Chrysostom.
The modern church, despite its large size and thanks to its particular exterior architectural and morphological elements that disrupt space, is a very elegant building. Particularly impressive is the huge dome in the centre with the low drum. On the west façade of the church, two tall bell towers can be seen rising steeply to the north and south, while in the middle there is a porch in front of the main entrance of the church. On the east wall are the three niches of the Holy altar with the middle being the largest. On the long walls of the building are blind arches, which reach almost to the upper part of the walls, give special grace to the church.
Inside the church, an impressive, richly-decorated wooden iconostasis, contrary to the minimalist look of the exterior, dominates most of the space. one’s gaze is magnetised by the numerous hagiographies, with intense gold backgrounds. Behind the iconostasis, you can see frescoes of the central arch of the Holy altar.
The church celebrates with a solemn ceremony twice a year on July 1st and November 1st. 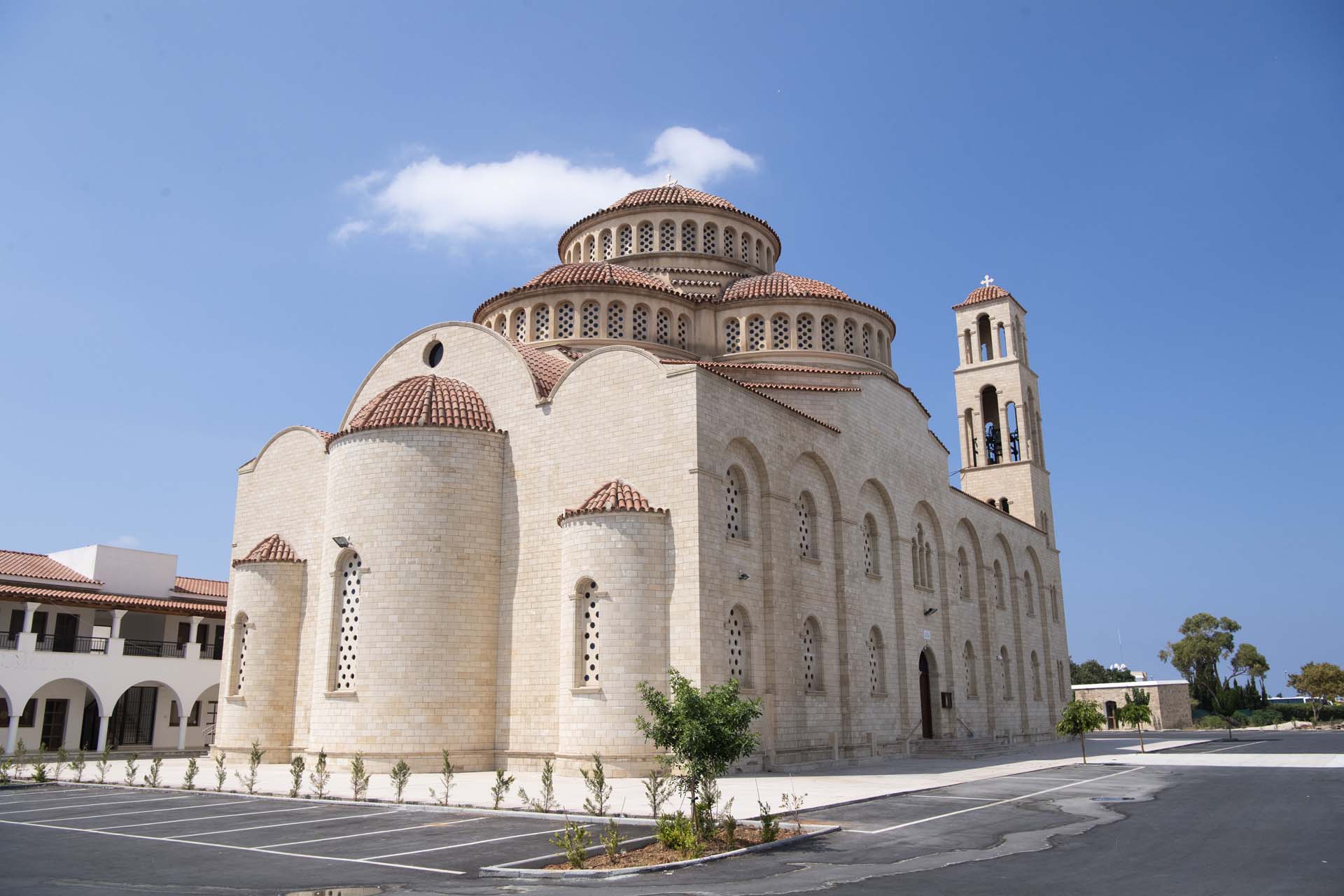 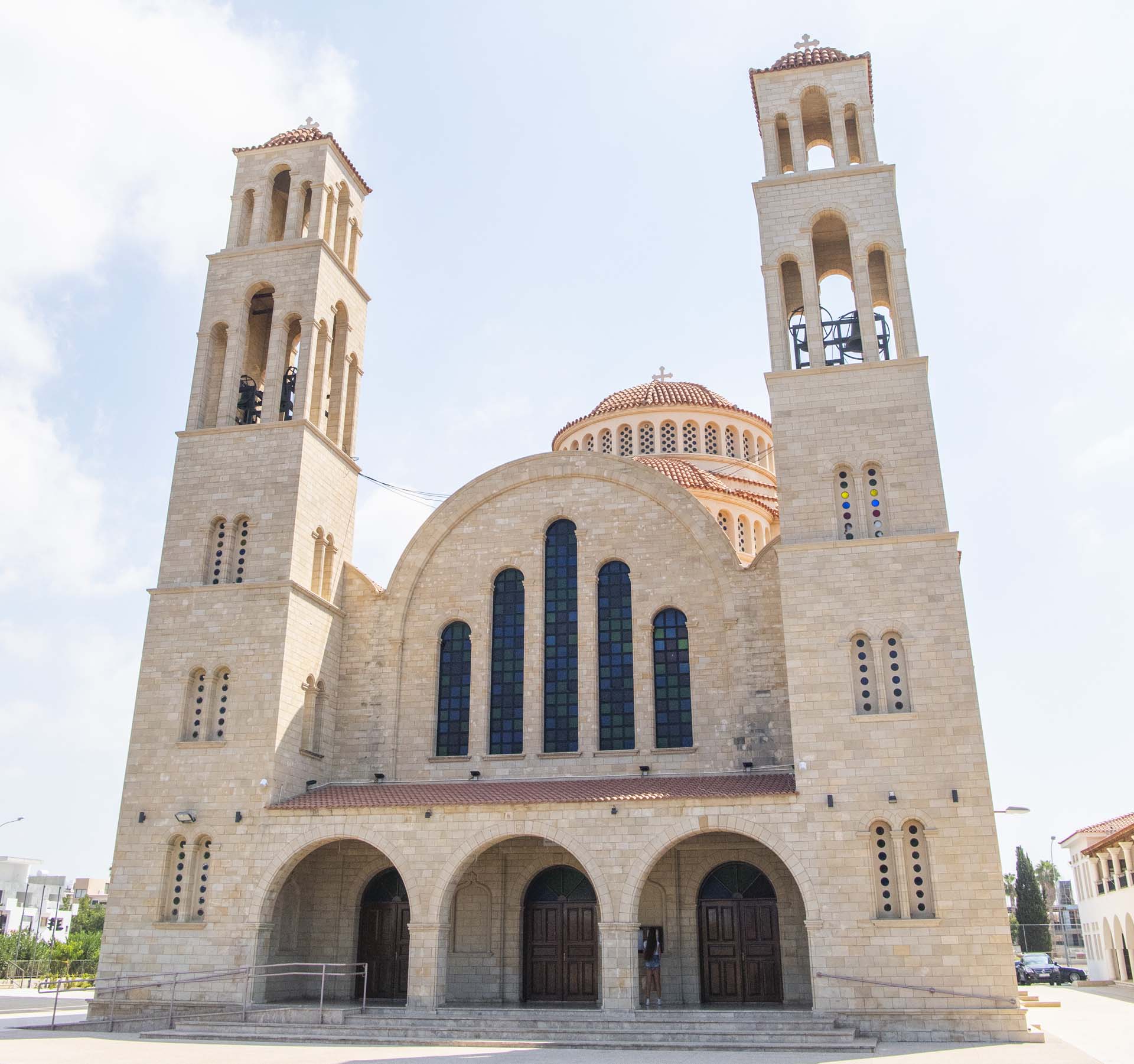